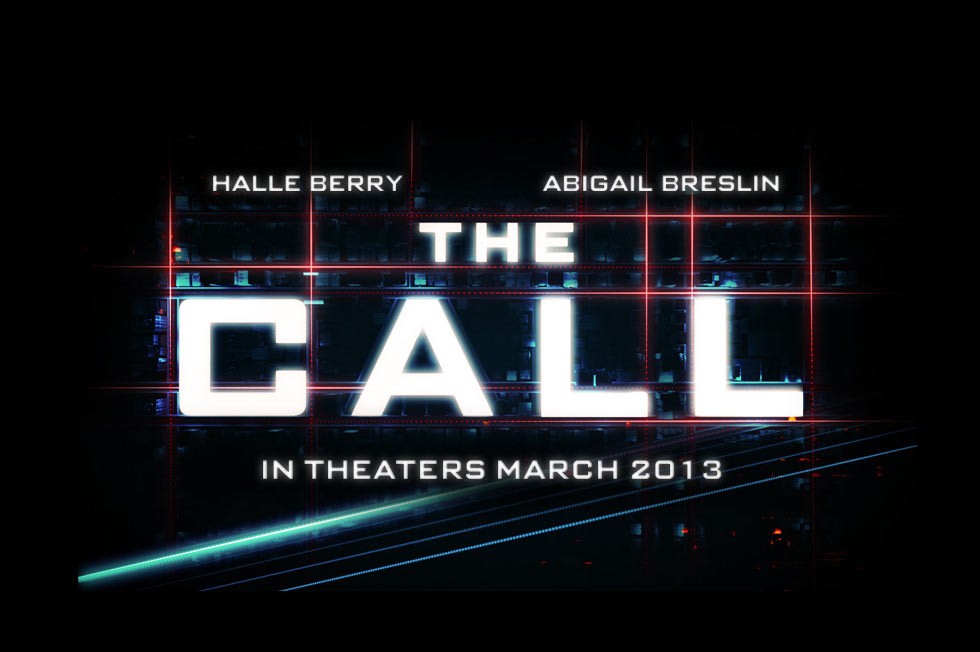 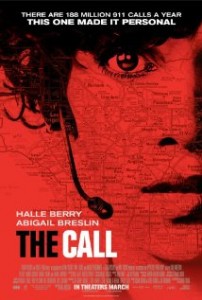 It is tough to walk into a movie like The Call without having somewhat of low expectations. In seeing the trailer it appears to be a beat by beat thriller we’ve seen time and time again that could just have well been a Lifetime movie about the epidemic of abductions, especially considering the focus of the kidnappings here are teenage girls. It also didn’t bode well for the film that it starred Halle Berry. For me, she has become somewhat of the equivalent to Cuba Gooding Jr. and that is in no way a shot at their ethnicity. That train of thought is more directly influenced by the fact that since winning her Oscar, Berry has appeared in almost nothing but lackluster films. The exceptions being a few shots at redemption such as Things We Lost in the Fire which never caught on and of course last years widely debated Cloud Atlas. I truly enjoyed Atlas and believe it to have been a film not appreciated because it was misunderstood, but regardless Berry was neither the reason that film succeeded in execution or failed at the box office. Still, her presence has long become an indicator of the quality a film might possess and though she hasn’t dissolved into the straight to home video star Gooding has, there is no reason as of late to believe that something like The Call would be worthy of any positive chatter. Turns out, this film is a pretty fun, engaging, and even sometimes truly thrilling piece of entertainment. Maybe it was the fact I didn’t expect to much or that the audience I viewed the film with seemed to enjoy it so much, but I came out of the film rather impressed by the way director Brad Anderson (The Machinist) taught an old dog some new tricks.

Beginning by dropping the audience right in the middle of a day in the life of a 911 operator the film is immediately intriguing for this reason. To be able to get a look into the way these people deal with the stress of not knowing what might come in on the other end of the line and how they may need to deal with it. This, on top of the intricate system of how the city is run in terms of police and chaos control in general starts with a single phone call. It is a fascinating world and one easy to get wrapped up in and director Anderson conveys this well as he doesn’t just play up the dramatic aspects but helps us realize the eclectic kinds of calls that come in and the rate at which they are received. After an overview that introduces us to the world we are given a more personal profile of Jordan Turner (Berry) who receives a call (as seen in the trailer, no spoiler here) from a young girl who is the victim of a break in and murder that could be faulted to Jordan for hitting the redial button after the initial call gets disconnected. If you’ve seen the trailer you’ve also probably yelled at the screen and at Berry’s character for doing such an idiotic thing but fear not, this isn’t simply overlooked in the film but serves as a critical reason for development in Berry’s character and helps elevate the drama and suspense of the main situation involving Casey Welson (Abigail Breslin) and the race against time to try and save her from the same demise as the first young girl. There is a necessary subplot involving a love interest for Berry with a city cop (Morris Chestnut) that adds a more intimate feel to the case as a whole. The Call also tends to go places I didn’t necessarily expect it to and is smarter than you might give it credit for initially. It certainly isn’t a high pedigree of writing or filmmaking, but it is much better than it had any right to be.

What is so refreshing about the film is its abandonment of any kind of self-aware, self-degradation of its genre or trying to fit into any specific genre. Instead, it is a free wheeling, edge of your seat thriller that abandons any kind of cares as to what people might think and embraces its structure for what it is and plays those elements as best it can. It doesn’t hurt that it has Anderson for a director, a guy who I’ve not seen a prior film from, but has plenty of positive credits with both the aforementioned The Machinist and also 2008’s Transsiberian that received positive reviews. He somewhat pulls a Tom Hooper/Les Miserables camera work and utilizes the extreme close-up on characters, but only when in the most stressful of situations and we are in that moment with them where they feel as if there is nowhere else to go, nowhere even to move. It is certainly effective and Breslin, who I don’t think I’ve seen on screen since Zombieland (though she did provide a voice in Rango) has matured into a fine enough young actress to make what is essentially her talking into a phone for most of the movie, dramatically appealing while also giving us reason to care about her innocent character and whether she makes it or not. The same could be said for Berry despite the stigma I usually place on her. She comes across more homely than I expected, more vulnerable and despite her character displaying some questionable actions I can’t say that I wouldn’t risk doing the same things in her situation. This is one of those films where it is necessary to put yourself in the characters situations otherwise it will be hard to buy into the world of what is going on and the motivation for taking certain actions. In that way it is not only a testament to the performances that allow that train of thought to be present, but for it to actually happen and both Berry and Breslin are impressive at letting us ease into these roles.

It should also be noted that Michael Eklund, a relative unknown who hasn’t starred in anything major, gives a solid performance as the baddie here despite his look giving off that Lifetime movie impression. His look is rather generic and we don’t see his face too much until well into the film, but nonetheless it is effective and that generalization of a man is of course on purpose as it adds to the strangeness that eventually comes to be revealed. Besides Eklund and Chesnut there is only one other major player and though you might expect someone like Michael Imperioli to take a role with more meat on its bones he shows up here only for a brief moment. There is need for his characters short appearance yet i can’t help but think that if you can get an actor like that you should use them as best you can, especially when its likely your movie will be plagued with presumptions that it’s going to be crap. In its defense though, that is the only real complaint I have about The Call: more Imperioli! That is not a complaint I expected to have and I certainly expected there to be more, but at a brisk hour and a half the movie zips by with wonderful pacing and cheap thrills. As cheap as they are, they are still thrills and the film is well worth your time especially for an afternoon matinee. I was pleasantly surprised by the film, its performances and direction though I wouldn’t necessarily say it was off the hook it definitely isn’t something you want to let go to voicemail.