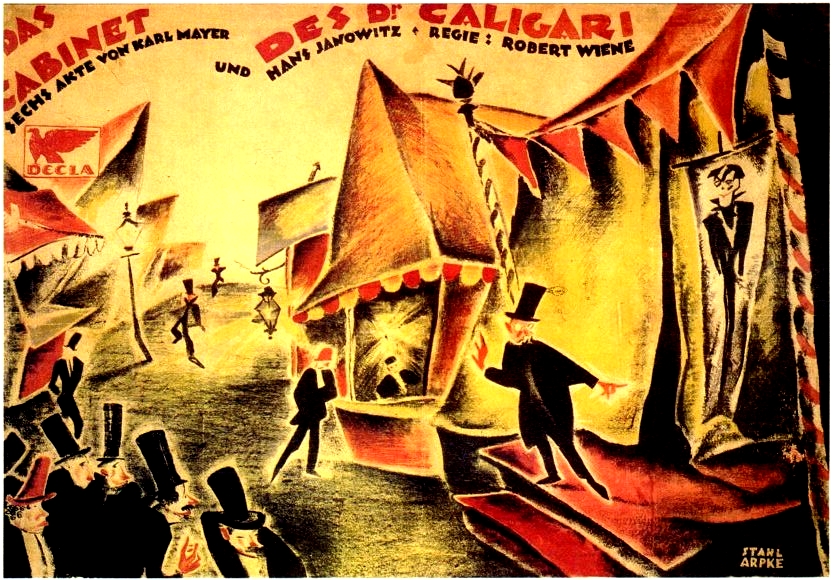 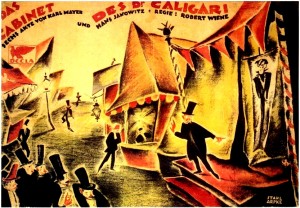 A masterpiece film, one that be fundamental for centuries, The Cabinet Of Dr. Caligari is one of the greatest and most influential pieces of film history. The 1920 silent film directed for Robert Wiene and screenplay by Hans Janowitz and Carly Mayer has been known for its unique style that would set the precedent for German Expressionism and impact film forever. The weird and jagged sets reflected expressionist paintings at the time and created a tense and horrific tone. Everything feels out of place and the film will make you feel uncomfortable. Along with the sets the film became a huge influence on film noir through its use of shadows and nighttime shooting. The incredible thing is that the shadows were indeed painted in because of lack of resources. The cinematography also plays a huge part into this style, creating the tone and mood that lasts throughout the film. The film includes some fantastic close ups too, including the famous one of Cesare’s awakening. Lastly it is also the actors who did not stick to traditional acting but moved in an unrealistic and moved like the environment around them.

The film opens up and continues to have a surreal feel to it. The story is told through flashback and we can already tell that something is wrong. This helps the horror aspect of Caligari function so well. As the story progresses we notice one of the major steps Caligari took in film, by making the exterior represent the interior of the characters. In fact one could say the exterior becomes one of the characters in the film. Still the best part of Caligari comes at the end with its twist ending. When we learn that indeed Francis is insane and that he is stuck in an insane asylum, an important theme breaks out that sticks with cinema to this day. The idea of being trapped in time, that our fate is inescapable. Since the film is told through flashback, we know that there is no escape for our protagonist. Everything that is being told has already happened, and nothing will be able to save him from his fate. Francis is indeed trapped.

Overall Caligari is an incredible film to watch because of its huge influence of cinema. As one of my classmates said, “you can see a part of Caligari in every movie.” The horror is powerful, the cinematography marvelous, and most importantly a great story to boot. It is a film everyone should watch, especially fans of cinema, as it has left its mark on film for ages and will continue to.

“The Dark Knight Rises” New Trailer Will Premiere With “Avengers”