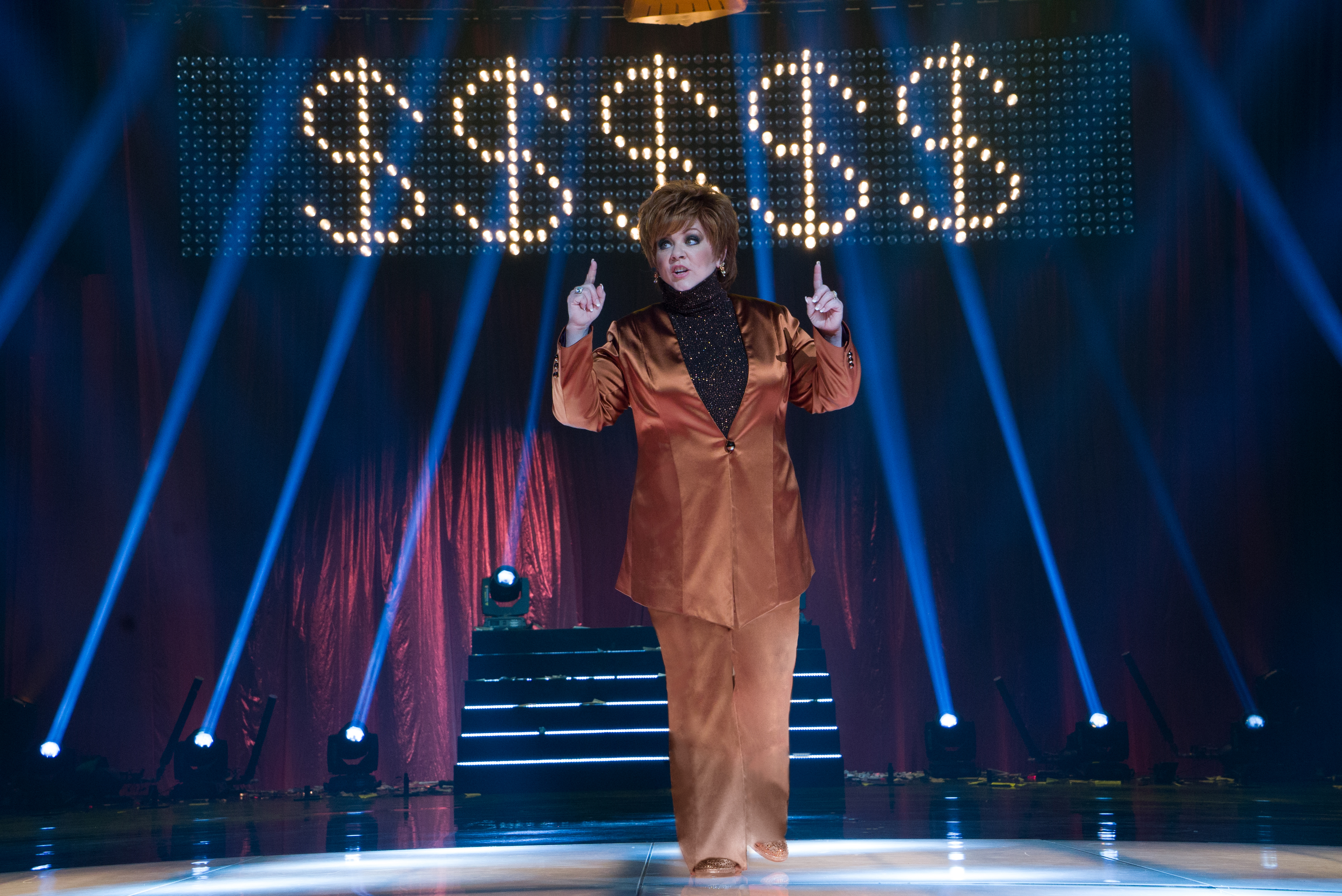 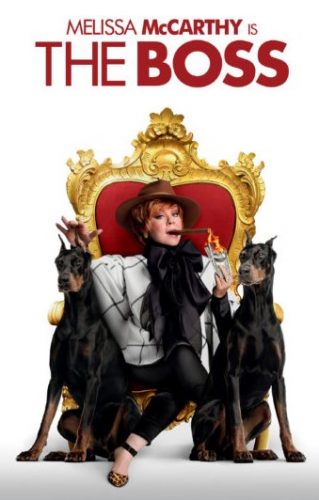 Does that picture above remind you of anybody?  The coiffed red hair, thick make up and loud clothes?  Surely it’s Rita from Coronation Street?

No, of course it’s not.  It’s Melissa McCarthy in The Boss – and don’t call me Shirley.  This is her latest collaboration with writer/director husband Ben Falcone.  Or, put another way, it’s all his fault.

She’s playing a high flying, and ever-so-slightly obnoxious, businesswoman who tries to flout the insider trading laws and ends up in prison.  On her release, she’s left with nothing – no money, no house, no possessions – so she has to start all over again.  Which means sleeping on her former PA’s sofa bed and finding an idea for a whole new business.  What she comes up with is more local and homespun than you would expect, but not everybody is happy to see her back in business.  Especially the man who made sure she went to jail.

With Falcone responsible for the script and in the director’s chair, this is nothing more than vehicle for McCarthy.  There aren’t many great lines in the film, but she gets all the plum ones, as well as the lion’s share of the best gags, both physical and verbal.  The one really good physical joke involves her doing battle with the temperamental sofa bed.  It’s in the trailer, inevitably, but happily stands a second look.  But it’s the only one.  The verbal humour has little to recommend it, as it’s just obvious, sexual and crude.  So the result is weak smiles all round, an occasional sigh of despair and the longing just to have something to genuinely laugh at.  It’s supposed to be a comedy, isn’t it?

Even more depressing is that we know that McCarthy can do so much better, given the right vehicle.  But it needs to be one with a better script and where she shares the limelight with others.  Think back to the superior Spy, where she had the comedic support she needed, a more interesting character and a screenplay with a genuine sense of fun.  All she has to play against here is her consistently nice PA (Kristen Bell), so she ends up hogging the screen – and the blame for that rests completely with Falcone.

Peter Dinklage goes to waste as well.  He’s capable of much better than this but, as McCarthy’s arch enemy and former lover, has precious little to work with. And, like everybody else, he gets overshadowed, which probably accounts for that slightly pained look of embarrassment he has on his face.

You need to be a die-hard McCarthy fan to enjoy “The Boss”.  It’s tired, unfunny and formulaic.  Boss it most certainly is not.  And that’s the bottom line.

Teenage Mutant Ninja Turtles: Out of the Shadows

Scott Of The Antarctic – DVD