Have you ever thought about what it would be like to win the lottery or about what you would do with a million-dollar jackpot? Winning the lottery is a modern fairytale everybody wants to be a part of because it is an excellent way to get that happily ever after we all chase. The five films we have included in our list explore the complexity of the lottery and relay unique views on the experiences of the players and winners alike. 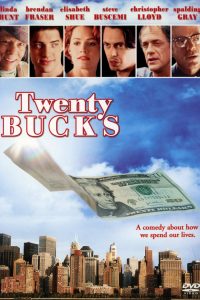 This star-studded 1993 film explores the thrill of playing the lottery and the raw excitement of those aspiring to be the big winners. Twenty Bucks has a unique premise – it follows a twenty-dollar bill from the point where it is brand new and up to the moment of its inevitable destruction.

In fact, the bill is the title character of the film and all the people who get to use it have supporting roles in this incredible story. One of them is a tenacious homeless woman who is convinced that the code of the bill holds the winning numbers for the lottery. Throughout the entire film, she struggles to play those numbers, all in the hope that she will win.

Find out how her amazing story ends, along with many other incredible urban adventures in “Twenty Bucks”. With masterful performances from Linda Hunt, Steve Buscemi, Brandon Frasier, Christopher Lloyd, William H. Macy, and Elisabeth Shue, this is one of the classic ’90s films you simply cannot miss. 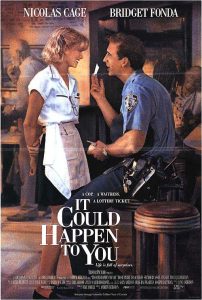 Andrew Bergman’s film is a delightfully heartwarming urban fairytale about winning the lottery at life. Policeman Charlie Lang promises half of any prize he would get for his lottery ticket as a tip to Yvonne Biasi, his waitress. When he decides to honour that promise even after winning $4 million in the lottery, Charlie changes his life and Yvonne’s forever.

“It Could Happen to You” offers an answer to one of the most asked questions of all times – does money bring happiness? Is immense wealth enough for that happy ending? Find out in this iconic ‘90s movies that will show you that fairytale dust is all around us and that certain things in life are priceless. 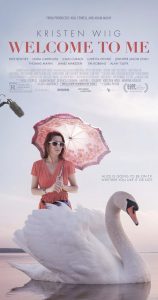 When Alice Klieg wins the Mega Millions lottery, she decides to make all of her life-long dreams come true. She immediately goes off her medication for Borderline Personality Disorder and uses her newly-found fortune to create her very own TV show that would be entirely about her.

Having grown up watching Oprah religiously, Alice decides to open up to the entire world and introduce herself in the best possible way. But is Alice ready for what comes after turning her dream into reality? Find out in this excellent indie movie and get ready to meet the wonderful Alice. 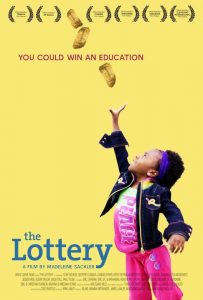 As opposed to the other films on our list, The Lottery documentary is centred on a very different type of lottery, namely one that offers young students a chance at a better education. Due to the overwhelming amount of applications for charter schools in America, the admission process is performed as a lottery draw, promising the winners a spot in a better education facility.

The film follows four young boys from Harlem and the Bronx, as they put all their hopes in the lottery admission for a school that would give them the tools to change their lives. It also relays the numerous different views on charter schools and whether or not they should expand their capacity. This 2010 documentary provides a harshly realistic view of the US education system, its countless limitations, and the effects it has on America’s children. 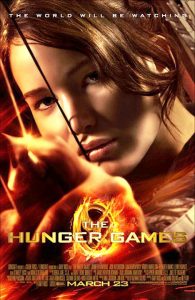 The lottery in The Hunger Games is the absolute opposite of the Powerball, Mega Millions, or EuroMillions, as it compels its winners to enter a fight to the death. The fictional world of Panem is divided into 12 districts that are enslaved to provide resources for a very wealthy Capitol that holds all the power.

President Snow, the ultimate ruler of Panem hosts the Hunger Games each year to remind the inhabitants of the 12 districts that rebellion will not be permitted and that any threat to his power will be severely punished.

Katniss Everdeen of District 12 volunteers to enter the 74th Hunger Games to replace her young sister whose name had been drawn in the gruesome raffle. Her performance in the games will shape the future of Panem, as she offers the people something they had not experienced in a very long time – hope.

Each of these films has its own take on the lottery and each of the stories is guaranteed to keep you glued to the screen. Want to make your own story about winning the lottery? Remember that the most important thing you have to do to become a winner is to play. So, put a lottery ticket and maybe you will get your modern happily ever after.