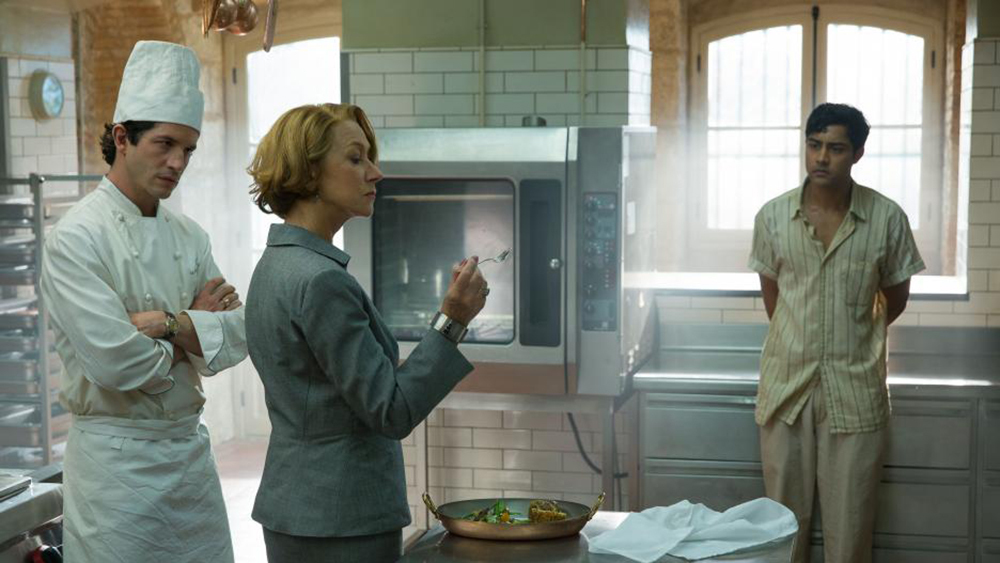 While we might need food to live but lots of us live for food – so, if like us you like to salivate over food not just when you’re eating it, but when you’re watching it on the screen – we’ve picked the best films currently on Netflix that foodies will love!

While we take responsibility for recommending the films, you can’t blame us if the films inspire you to order some food whilst you’re sat at home.

Starring Helen Mirren and legendary Indian actor Om Puri, The Hundred Foot Journey is sure to have you salivating at the sight of Madame Mallory and Papa Kadam’s cuisine.

Madame Mallory’s Michelin-starred eatery is pitted in direct competition against Pada Kadam’s traditional Indian food when the Kadam’s decide to open up their restaurant in a little French village. The film itself is a rewarding mix of comedy and drama, with the experienced Mirren and Puri leading the line it’s a delightful and often charming affair as two seemingly different characters find they have more in common both personally and professionally than they first thought.

Jason Segel plays Tom, a sous-chef in a fancy San-Fran restaurant, who after proposing to girlfriend Violet (Emily Blunt) put his own ambitions on hold after she receives an offer to study in Michigan. The move means their wedding and life plans are put on hold.

With great support from Chris Pratt and Alison Brie, The Five-Year Engagement is a thoroughly enjoyable comedy that also features some great food – from the fancy food in San Fran, to Tom’s job at the best deli in Michigan – there’s something here for everyone!

Charlie and the Chocolate Factory

If there was ever a film to leave the viewer craving what they see on screen it’s Charlie and the Chocolate Factory!

Johnny Depp stars in the updated version of Roald Dahl’s classic children’s book and even though the film isn’t as great as the original or the book – the wonderful concoctions of Willy Wonka are certainly worth watching for. From everlasting gobstoppers, to the lickable wallpaper. It’s one of the few films where not only are your eyes and ears needed, but we’re pretty sure you can taste some of what’s on the screen too!

A classic tale, updated with a more modern feel, it’s a great family night-in film, but be warned, the children will definitely be hungry after watching!

The title alone is enough to make you want to order food right? Well Mystic Pizza is more than just a subliminal message – it’s a great coming-of-age film too!

Starring a very young Julia Roberts in just her second feature film, we see three teenage girls grow as they work at the pizza parlour in Mystic Conneticut.

It’s got that distinct 80’s feel and a great soundtrack to boot – with Aretha Franklin and Frank Sinatra setting the mood for the movie. It’s certain to have you craving pizza!

Uber Eats delivers quick and can be tracked straight to your door! Order today!

Tiana Kocher Releases “U Tried It” Produced by RoccStar