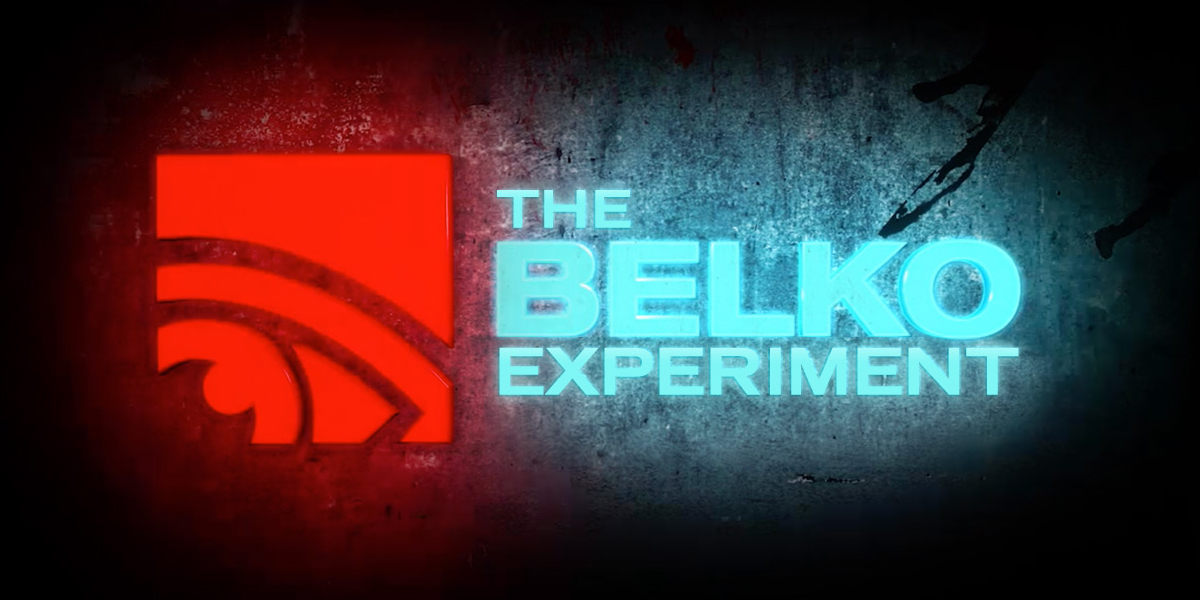 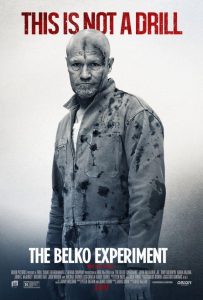 A love letter of sorts to both the late great Menaheim Golan and the heyday of Troma pictures, The Belko Experiment plays like eighties exploitation answer to Battle Royale and sees producer and Troma-alum (now Marvel Studios breakout) James Gunn and Wolf Creek director Greg McLean bring the nasty to this gleeful ode to would-be video nasties. With a who’s-who of geek cred cast members, a belter of a straightforward and murderous concept, and a screenplay that balances the bloodthirsty fun with the philosophical, The Belko Experiment’s a riotous, stripped-down, splatterfest of a ride. And one damn well worth taking.

Numbed faintly by the populist rise of Black Mirror in recent years, the otherwise brilliantly effective set-up sees an American company’s Colombian satellite office spontaneously go into lockdown, with a chilling voice emanating from its tannoy system to announce that – should a small number of the building’s employees not be dead within an allotted time – the company will remotely execute a higher percentage of its workers. Before you can say “the greater good”, what soon emerges is a cat and mouse game of cubicle-set carnage, as the Belko employees find themselves the unwitting participants in a game of kill or be killed.

Proof positive that a low-budget picture can yield as impressive a result as the largest of Hollywood tentpoles, this $5m thrill ride heaps on the suspense, chills and outright terror as it continually dares you to settle on a favourite character only to surreptitiously yank them away in a manner the makers of Game of Thrones might find excessive. Director McLean helms it all with a suitably grisly eye, revelling in bringing as much outright horror as possible to the hilariously sterile and pristine corporate landscape, while Gunn’s script delightfully breaks the tension with a plethora of razor sharp barbs that’ll swiftly earn proceedings fine standing as a modern B-movie classic.

All would be for naught though without the right casting, and it’s in this regard that the dizzying highs of The Belko Experiment solidify their foundations. Cloverfield Lane’s John Gallagher Jr. makes for a robust POV character, with Scandal’s Tony Goldwyn and – Dr. Cox himself – John C. McGinley terrifyingly believable opportunist murders, but it’s solid support from the lower ranks that really provide the seasoning. In a fashion perfectly befitting the picture, it’s these lower rungs and the support they provide that make for so much fun to be had atop them – with fan-favourites Sean Gunn, Abraham Benrubi, and Michael Rooker there for not only outright comic relief but also the softer and more poignant moments a film this unrelenting truly needs.

Menahem Golan would see The Belko Experiment as the perfect response to The Hunger Games (and immediately offer to produce a sequel), while Lloyd Kaufman must look upon it and unapologetically smile at his legacy. It’s fierce, it’s bloody, and it’s a hard watch at times, but, more than anything, it’s eighties exploitation cinema in a can. A can you should only open facing away from you and pointed instead at someone you’d take a sick delight in seeing taken through the wringer.