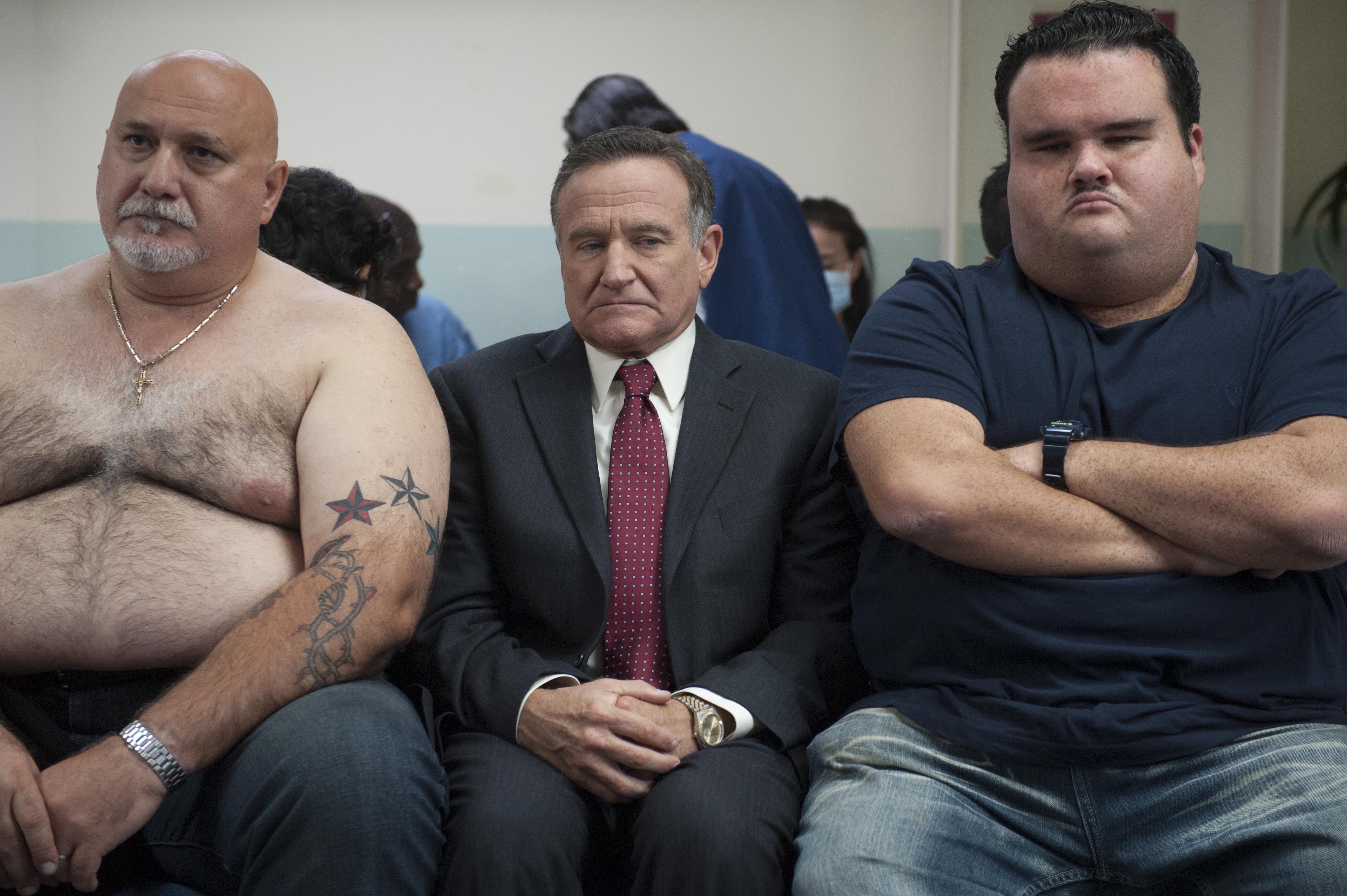 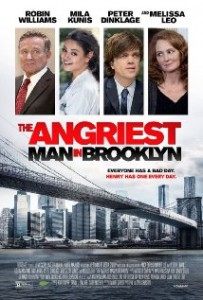 The Angriest Man in Brooklyn passed right by UK Cinemas when it was released straight to DVD/Blu-ray at the end of 2014. Considering the cast consisted of Robin Williams, in one of his last film roles prior to his death, A-Lister Mila Kunis, Oscar-winner Melissa Leo and perhaps the most popular man on TV, Peter Dinklage – it was baffling as to why this had happened, that is until you sit down and watch it.

When the incessantly angry Henry Altmann (Williams) is told he only has 90 minutes to live by Dr Sharon Gill (Kunis), he sets about trying to reconcile with the family and friends who he has pushed away over the course of his life. After realising she has made a massive mistake in telling Henry how much time he had left, Sharon tries to find him and tell him, however she ends up chasing Henry across the city as he tries to make amends for his past mistakes.

The Angriest Man in Brooklyn tries to pack far too much into such a short runtime, 87 minutes to be precise. The premise had far more potential to showcase William’s talents, instead we race through the emotions without any real chance to become attached. It’s a massive shame because the potential for a poignant movie is clear to see. The cast alone is enough to pull most fans to the cinema and yet with it’s straight to DVD release, this feels like an opportunity missed. The dramatic, heartfelt moments are there somewhere, but are disrupted by the weird third person narrative that switches between Williams and Kunis as they voiceover the events as they happen on screen and use this method to fill us in on key points in the characters lives. Peter Dinklage and Melissa Leo are criminally underused, filtering in and out of the story for a few minutes here and a few minutes there..

The Angriest Man in Brooklyn does have its moments, but as mentioned they’re far too hasty. Not lingering long enough for a good joke to sink in, or for an emotional moment to hit home, which in the end means that even the good parts aren’t that good. The cast deliver performances that don’t match their potential but it’s hard to blame them. They clearly all saw the potential and yet they are held back by uninventive writing and direction.

It’s unfortunate as this will be one of William’s last on-screen performances and whilst he will be remembered for his far more important roles, this had the opportunity to be a more than fitting send off for the much-loved man. While no-one involved could have possibly foreseen the tragic events that followed filming, it perhaps proves that making a film merely to ‘just make a film’ isn’t the right way to do things.

The Theory of Everything