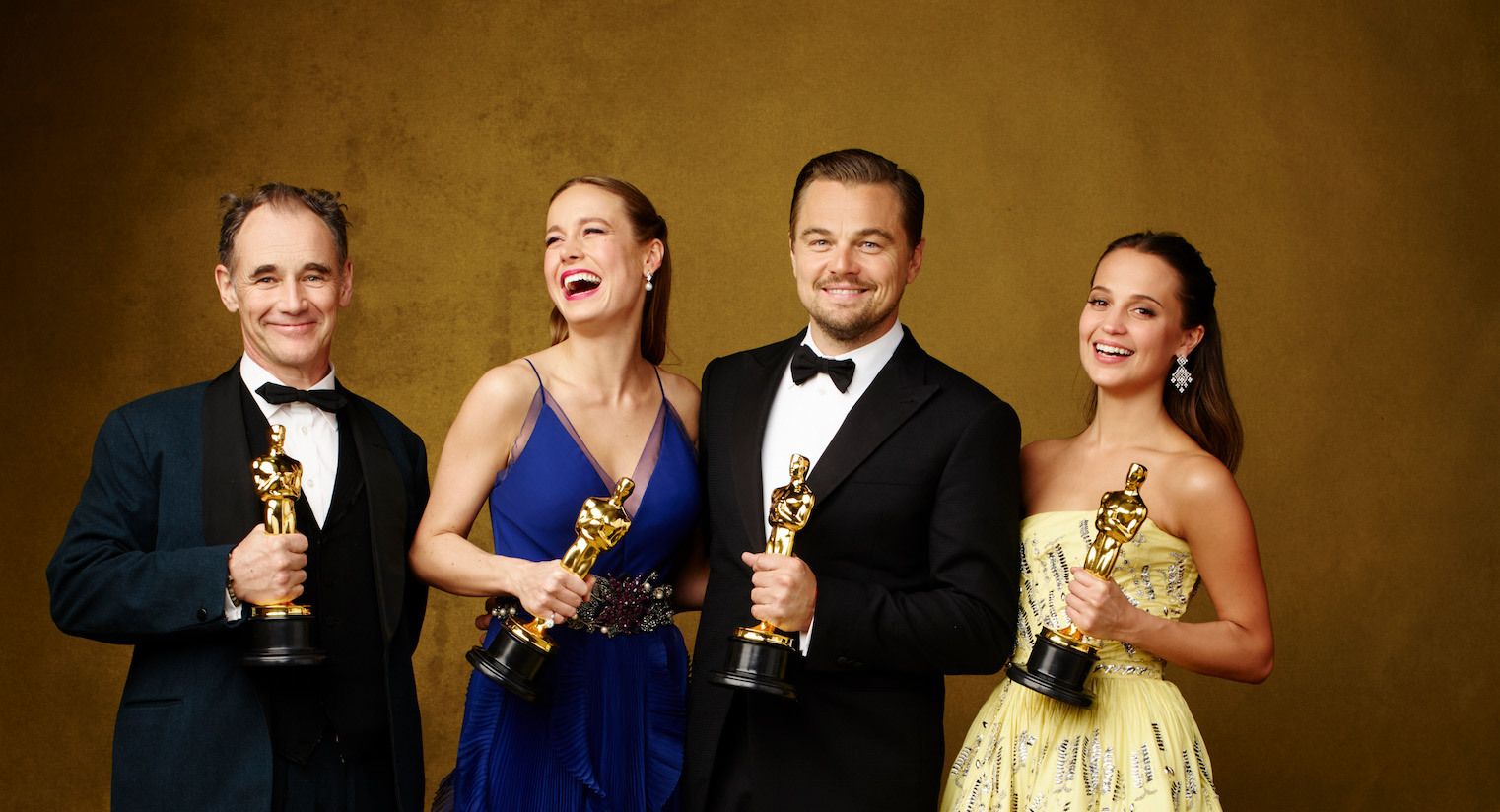 The 2016 Academy Awards were clouded by controversy. From the nominations announcement through to the closing moments of the telecast, the buzz word on everyone’s lips was diversity.

For the second year in a row, there was no black representation among the 20 acting nominees. Considering strong shouts for both Will Smith and Michael B. Jordan throughout awards season, the repercussions for the Academy were severe. Various high profile members of Hollywood boycotted the ceremony, while the organisation were forced to take swift action, with President Cheryl Boone Isaacs (a black woman herself) pledging to significantly increase women and minority Academy membership over the next few years.

Diversity may have been the dominant issue this year, but the acting awards have been fundamentally flawed for decades. Currently the Academy Awards for acting are divided into four categories:

Seems legit, right? And it would still be a perfectly satisfactory method, if there were actually any rules differentiating these categories beyond simply biological, which by the way has absolutely no bearing on one’s acting ability yet we’ve never seriously challenged this segregation. However, an actor’s nomination for either supporting or lead is determined entirely by the voters.

Here’s how Oscar voting works, in a nutshell:

At face value this sounds quite reasonable; however there are gaping flaws in this methodology which have never been addressed, including:

In short these rules are outdated, old-fashioned and completely out of line with the cultural changes the Academy are allegedly championing across the industry. I have previously contacted the Academy requesting clarification on some of these issues. They did not respond.

Over the years there have been 108 different Academy Award categories. Many of these are minor rewordings of existing categories, particularly the music and screenplay honours, but the most dramatic shift was soon after the awards were founded in 1929. Among the twelve winners at the 1st Academy Awards were two Best Picture awards – Wings (Outstanding Picture) andSunrise (Unique and Artistic Picture) – two separate directing awards for comedy and dramatic pictures and an award for title writing. Throughout the sixties the technical and design awards such as cinematography, costume design and art direction were split between colour and black & white achievements, while awards for best score of a musical have come and gone with peaks in the genre.

The Academy is clearly not averse to change, but perhaps after more than 80 years of recognising their actors and actresses in much the same way, the context has drastically evolved and times are screaming for something more reflective of the current creative landscape. Maybe then in light of the #OscarsSoWhite scandal it is time not just to change how the Academy is represented, but how they represent a changing industry in the wake of vast social, ideological and technological shifts.

Here is merely a suggestion for how the acting awards could be remodelled:

Gender segregation between actors and actresses may still be the norm, but in a world where gender identity is an acceptably fluid concept, there should be no need to continue any pretence at the Oscars. Actor, actress or otherwise, all Leading Performances should be acknowledged in one category.

Far from being limiting or exclusive, a leading performance can be given more defined boundaries. For example, in order to be a nominated producer for Best Picture, you are required to fulfil a number of requirements during that film’s production, as outlined by the Academy. Surely by the same approach a leading performance can be determined by prominence of credit, screen time or whatever other performance-related criteria is deemed fair.

By understanding the criteria from the start, studios no longer have the freedom to pigeonhole their talent to around their campaign objectives.

As with leading performance, one award recognising any male or female cast member in a supporting role would make nominations harder to attain, but champion a more inclusive, desegregated awards culture.

Using similar criteria to Best Leading Performance, the lines will be much more clearly defined between the two. The result is more consistent voting, fairer campaigns and a better opportunity to reward the legitimately deserving.

There are plenty of other options available to the Academy, such as replacing lead and supporting categories all together and, like the director awards back in 1929, introducing a Best Dramatic Performance and Best Comedy Perfomance award.

Upon release of Her, many called for Scarlett Johansson to be acknowledged for her part as the voice of Joaquin Phoenix’s artificially intelligent phone. The current rules are unclear regarding aural roles, stating only that if ‘all the dialogue has been dubbed by another actor, the performance shall not be eligible for award consideration’.

However, in 2012 Jean Dujardin won the Academy Award for his leading performance in The Artist – a silent film in which he utters all but two words, yet his nomination was expected and his win embraced. This inequality in perception is a shameful discredit to many voice performers – a substantial number being Academy members themselves – whose ability to bring a character or even an inanimate object to life with such limited creative scope is arguably an art form in itself.

If we can segregate Best Picture into sub-categories (Documentary Feature, Animated Feature, Foreign Language),  then we can, we should, also segregate acting awards based not on gender but on form.

Following in the same vein, with the increase in CGI, motion capture and other technology which bridges the gap between live action and animation, there no longer feels like a suitable means of acknowledging the performers who facilitate this style, acting as the conduits who bring this work to life.

Both Andy Serkis and Toby Kebbell deserved recognition for their part in Dawn of the Planet of the Apes, while other effects heavy franchises often find their cast without nomination without reason.

The admirable nuances with these roles are not recognised, due in part to trends which have established themselves as assumed rules within the Academy. Performances which do not meet the expected criteria are treated as exceptions to a rule which doesn’t exist. Therefore it could be argued that the Academy simply put more definition in place around their existing awards, but to use a corny analogy you wouldn’t drill a hole in the roof of your car and call it a sunroof – or at least nobody else would, and that’s kind of the point.

Meaningful change is needed, not just from the Academy but from the entire industry, and that starts with the little things. You may think four acting awards may be entirely insignificant to the real debate, but these little awards keep the Academy – Hollywood’s arbiter of taste and acceptability – rooted in a time and place that is no longer relevant.

Ultimately the decision is not ours to make, but we can incite the debate and the Academy do listen. Diversity is the undisputed issue and the root cause is a historical, often narrow-minded membership making decisions on behalf of the unrepresented. Let’s be clear: this is ignorance, not racism. The long term solution is not simply about giving the right people a voice, but building the right platform to shout from.