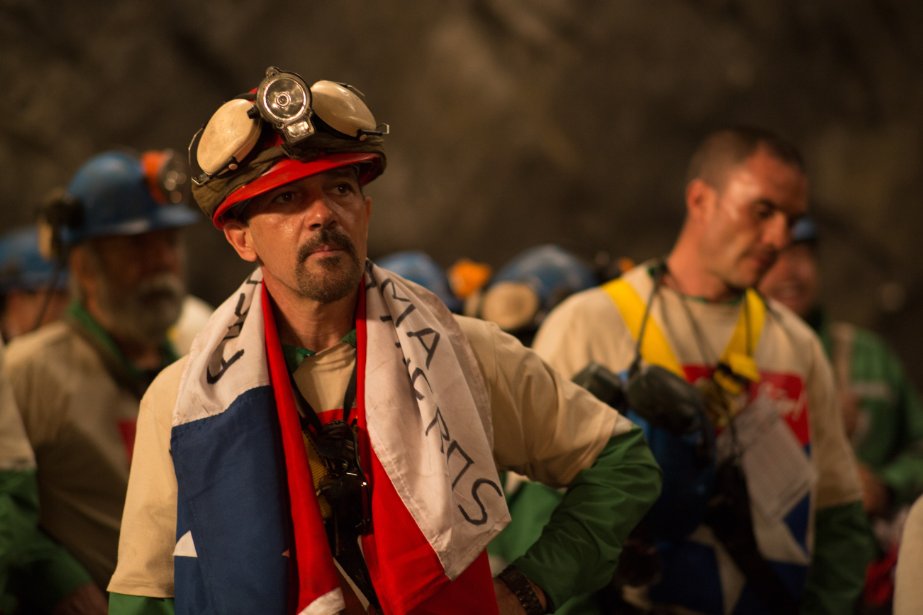 We all know this story. It was on every news channel, every newspaper and magazine for weeks. It was a wonderful of beating the odds and surviving the impossible. And there’s no mistaking that this was the impossible in every sense of the word.

But how does the true tale of 33 miners trapped beneath the surface of the Earth for 69 days translate to the big screen?

Quite well it turns out.

The initial cave in/collapse sequence is heart stopping, and this is still the case when you most likely know the outcome of this story, you will hold your breath. It’s fantastic, exhilarating and terrifying at the same time. After that we spend a significant portion on the two hour running time in one room, there is a sense of palpable claustrophobia as hope seems to run out for these men. However, the scenes that take place above ground in the camp created by the family members and growing media circus are more of a mixed bag. These end up being the parts that drag and come close to corny.

Antonio Banderas is the biggest name here and he is utterly fantastic in the lead role. It is a shame that he doesn’t seem to get quite so many big roles these days, he’s as charming as ever as the man who takes charge of the situation and reluctantly becomes the leader of these desperate men. It feels like he’s an actor who faded away somewhat and very much deserves to still be a huge star and box office draw. Can we get him in a Marvel movie asap?

Rodrigo Santoro puts in a highly effective and emotional turn as the ‘Suit’ from the government who arrives early on and really pushes to solve problems and get the miners out alive. Also worth singling out is Juan Pablo Raba as the most troubled of the miners who undergoes quite a change in his time down there. More solid support comes from Gabriel Byrne, Juliette Binoche and the ever dependable Lou Diamond Phillips.

It’s easy to write off The 33 as a standard, run of the mill disaster movie, and in many ways it is, but a few significant things separate it from others in the genre. This is a true story, it happened, that adds to the drama and likability of the characters. Equally the performances of the entire cast are excellent, avoiding the easy lurch into cheesy sentimentality, the actors keep it real and believable.

Definitely worth mentioning the direction here from Patricia Riggen, this being her biggest feature yet by far, and it shouldn’t go without saying The 33 was made by a female director. This is an understandably hot topic in the industry at the moment, and more female directors deserve to rise up to the Hollywood elite, Riggen might very well end up there too. Let’s hope with films like this, we will start seeing a shift of more female directors making big movies.

By no means perfect, top notch directing and great acting, coupled with the ‘Based on a true story’ element, make The 33 truly compelling viewing.