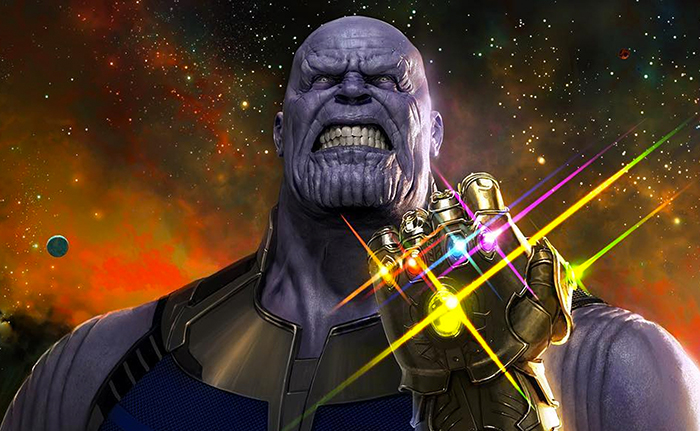 SPOILERS FOR AVENGERS: INFINITY WAR – BUT, LIKE, COME ON, YOU’VE HAD EIGHT MONTHS.

As directors Joe and Anthony Russo have said multiple times, along with Marvel Studios’ head honcho Kevin Feige, the events of Avengers: Infinity War will have long-lasting repercussions for the Marvel Cinematic Universe.

At the end of the film, as you no doubt remember, big bad Thanos (Josh Brolin) unites all six Infinity Stones into a gauntlet and, with the snap of his fingers, wipes out half the population of the universe. And now, Marvel Studios have given an official name to that act; The Decimation.

The revelation comes thanks to Marvel’s Avengers: Infinity War: The Cosmic Quest Volume Two: Aftermath by Brandon T. Snider, a tie-in comic book that was clearly named by a sociopath.

The book follows Erik Selvig (portrayed by Stellan Skarsgard in the Thor films) as he attempts to deal with the aftermath of the event. The book also reveals that, interestingly enough, the Avengers have chosen to keep the truth about Thanos and his plan from the general populace as it would “hardly help the world to heal.”

The moniker, incidentally, was previously used in Marvel Comics to describe a similar event that took place in the House of M storyline; in which the Scarlett Witch used her magical powers to remove the augmented abilities of 90% of the world’s mutants – causing many of them to die in the aftermath for a variety of reasons.

The next chapter in the Marvel Cinematic Universe will be Captain Marvel, starring Brie Larson as the titular cosmic hero, which is due out on the 8th of March, 2019.