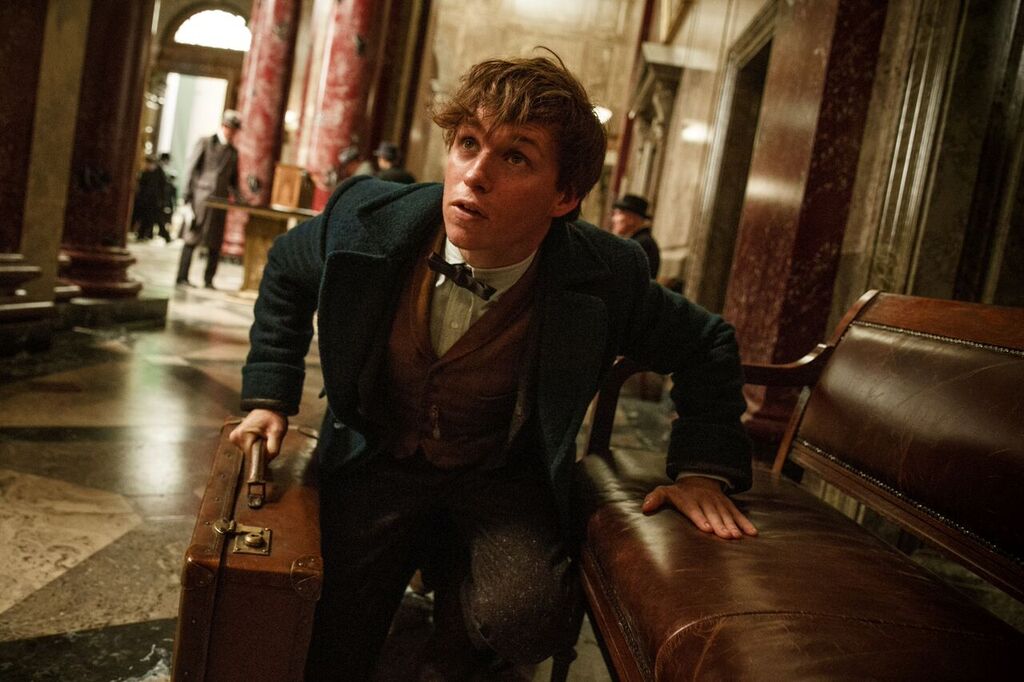 Warner Bros. and director David Yates (The Legend Of Tarzan out next Summer) just couldn’t a resist a return to the wizarding world.

Arriving on 18th November 2016, the first trailer for Fantastic Beasts And Where To Find Them has debuted, teasing plenty of the wonder that encapsulates the story whilst visually nodding to the previous Harry Potter sneak-peeks.

Headed up by The Danish Girl’s Eddie Redmayne, the film boasts an all-star cast involving the likes of Ezra Miller (The Perks Of Being A Wallflower), Samantha Morton (currently in Sky Atlantic’s The Last Panthers) and Colin Farrell (In Bruges).

‘Academy Award winner Eddie Redmayne (“The Theory of Everything”) stars in the central role of wizarding world magizoologist Newt Scamander, under the direction of David Yates, who helmed the last four “Harry Potter” blockbusters.

“Fantastic Beasts and Where to Find Them” opens in 1926 as Newt Scamander has just completed a global excursion to find and document an extraordinary array of magical creatures.  Arriving in New York for a brief stopover, he might have come and gone without incident…were it not for a No-Maj (American for Muggle) named Jacob, a misplaced magical case, and the escape of some of Newt’s fantastic beasts, which could spell trouble for both the wizarding and No-Maj worlds.’

The Affair & Homeland Renewed for 2016