It’s almost becoming a cliche within the mythology of various spy franchises, for audiences to bare witness to the return or reincarnation of a character they were greatly fond of.

If the first poster for sequel Kingsman: The Golden Circle is anything to go by, the Mark Millar product is set to follow suit whilst wearing impressive suits.

Inevitably, its leading man Taron Egerton who is currently starring in Dexter Fletcher’s Eddie The Eagle is back as Eggsy along with Mark Strong’s Merlin (this year’s Grimsby), with the welcome additions of feisty female duo Julianne Moore (The Hunger Games) and Halle Berry (Cloud Atlas).

Will Colin Firth’s (The King’s Speech) refined yet ruthless agent Harry Hart be joining them? Make of this what you will… 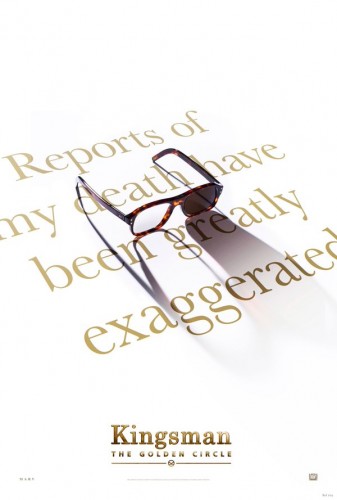