At first glance. A film about LEGO hardly sounded like it had the potential to be a monster hit.

But brick by brilliant brick. We were proven wrong in 2014 by a stellar voice cast including Chris Pratt and Elizabeth Banks, taking $469 million at the worldwide box office, spawning spin-offs ‘Batman and Ninjago in the process.

Now Emmet (Pratt), Lucy (Banks) and co. return in the fantastic first trailer for ‘The Lego Movie 2: The Second Part’, with Bricksville resembling the deserted landscape of Mad Max: Fury Road as DUPLO aliens leave everything not so awesome.

This time around, they will be joined by Girls Trip’s Tiffany Haddish, Brooklyn Nine-Nine’s Stephanie Beatriz and Broad City’s Arturo Castro.

The sequel is released in the UK in February 2019. 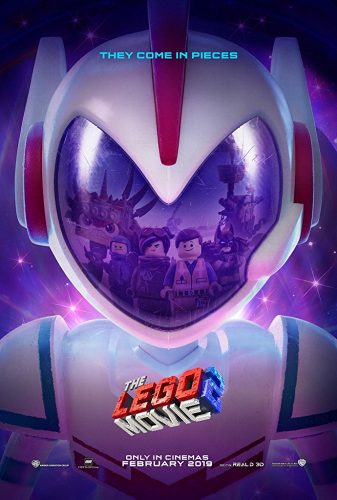