In a matter of weeks, A Monster Calls director J.A Bayona will be providing us with the latest action-packed slice of dino mayhem with ‘Jurassic World: Fallen Kingdom’, as he builds on the story established by Colin Trevorrow in the previous outing.

The latest featurette unveiled by Universal Pictures opens with Steven Spielberg talking about taking a chance in creating the iconic 1993 original, which celebrates its 25th anniversary this year.

Elsewhere, Trevorrow and Bayona along with stars Chris Pratt and Bryce Dallas Howard deem ‘Kingdom ‘classic Jurassic’, implying that the heart of the story lies in raptor Blu as it fleshes out the relationship between him and Owen (Pratt), whilst pushing the franchise into the future with its Gothic elements.

Check it out here! 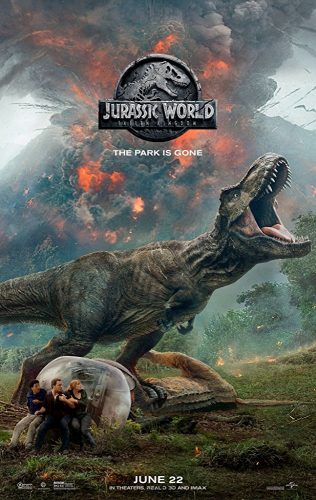 John Cho Stars In The Tense Trailer For ‘Searching’