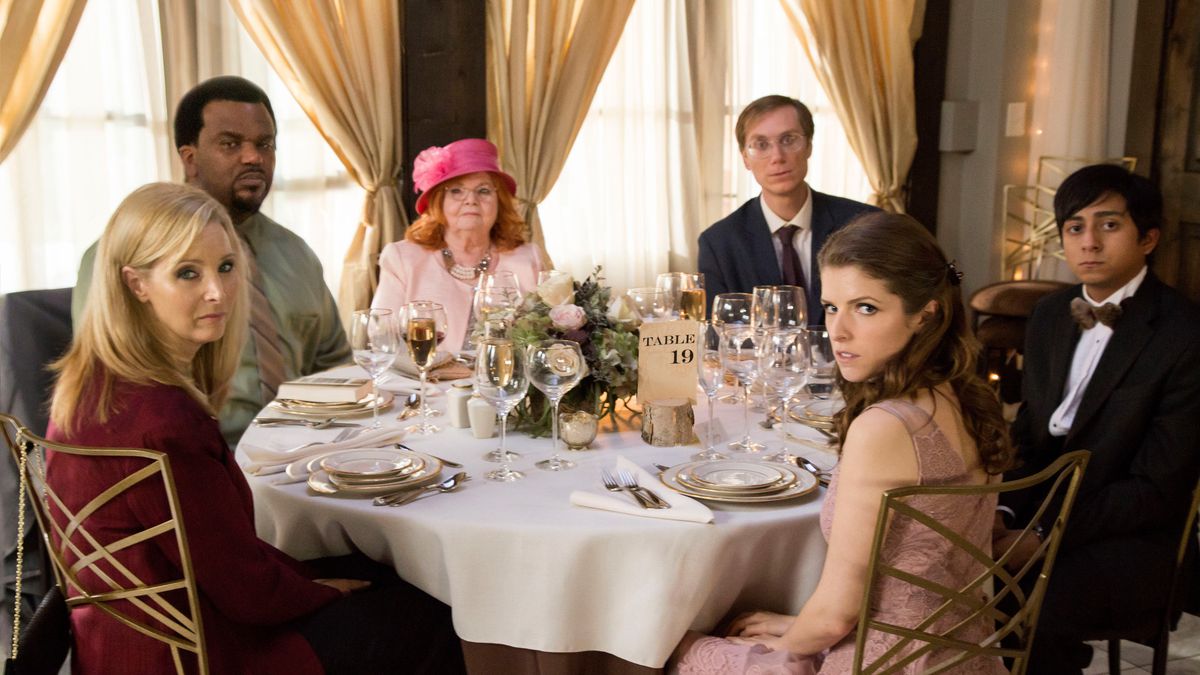 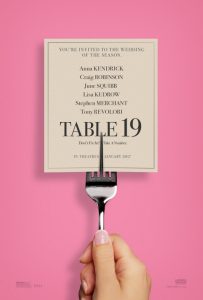 As far as ensemble rom-coms go, Table 19 certainly had the potential to be a memorable one. Unfortunately, this wedding ends up more like a funeral.

Eloise (Kendrick) having been relieved of maid of honour duties after being unceremoniously dumped by the best man via text, decides to attend the wedding anyway, only to find herself seated with five fellow unwanted guests at the dreaded Table 19.

As an ensemble comedic piece, Table 19 had the opportunity to become more than a run-of-the-mill rom-com but after a relatively entertaining opening ten minutes, the film falls into a formulaic bore-fest that even the strong cast can’t save.

Perhaps the biggest disappointment is the lack of real stand-out comedic moment. The film falls back on tried and tested methods, ‘Oh there’s a wedding cake, lets wreck it’ etc and, while that would be all well and good alongside more original gags, the film offers nothing of any originality.

Kendrick takes the lead for the first half before the unlikely group form some sort of ‘table-family’ suddenly interested in looking out for one another. Merchant is completely wasted as a well-meaning oddball criminal and would have been better used behind the camera than in front of it. Kudrow and Robinson are the unhappily married couple that provide most of the laughs. However these moments are too few and never really raise more than a chuckle. Tony Revolori’s character Rezno, is arguably the most entertaining individual thanks to his back and forth with his mother on the telephone, but even that becomes tedious after the fifth or sixth time.

Kendrick moves from the sad, dumped best friend, to the random love interest of a wedding-crasher and then even becomes the villain thanks to one scene of confused emotions that almost renders the rest of the film pointless.

It’s hard to find positives in a film that takes the audience for granted. The director has re-hashed almost every wedding-based comedy and offered nothing new or of note. The cast had great potential but unfortunately the screenplay and direction lacked the ability to bring the best out of them.

Table 19 is an instantly forgettable movie and one to avoid, despite the cast.