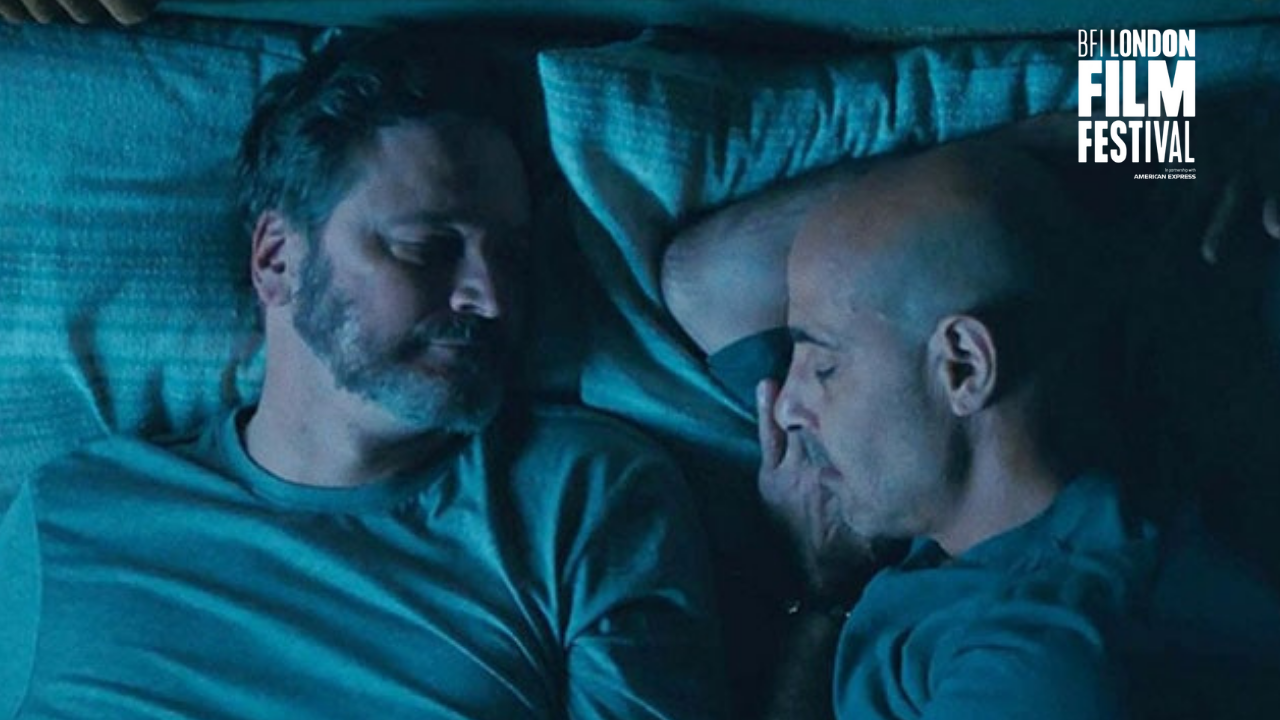 Mother to son. Gran to grandson. Or in this cinematic case. Partner to partner. When we are faced with the most devastating of news, you tend to absorb every sliver of positivity that invades your ears to drown out the possibility of a worst-case scenario. Whether you are the devoted carer or the dear loved one in decline, even if you’re in a protracted period of denial about the circumstances, you desperately cling to a semblance of control as cherished memories begin to fragment or blur.

Whilst your own pain remains valid as your own support system checks in on you. Every day is a constant reinforcement that it ultimately pales in comparison to what is pending and the person alongside you is undergoing themselves, as you collectively attempt to maintain a degree of normality with each passing and precious moment. Astonishing in its authenticity and delivered with effortless grace, this weeping wonder from actor turned director Harry Macqueen is very much one to cherish.

On the long and winding road of life together for two decades, the transatlantic combination of Sam (Firth) and Tusker (Stanley Tucci) is indeed a special relationship. Driving through the country hills in their motorhome they pass and take the scenery in. Other moments they’re badgering the Satnav and comparing it to Margaret Thatcher, complete with a stinging Section 28 reference that will no doubt speak to many a middle-aged gay. These accomplished men have been at the peak of their powers in their respective professions of concert pianist and writer. This lengthy road trip for both is an escape from the tragic valley that they refuse to allow their heartache to flow through, with the early onset dementia diagnosis for Tucker two years prior looming large.

Their language in bed a telling sign of the film’s plot progression. A welcome chuckle from Tusker as Sam spills out from a single bed clearly not made for two. Still, it reinforces how Sam doesn’t want to be left out of proceedings as Tusker’s condition inevitably deteriorates. The comforting arm of Tusker around Sam as his facial fuzz digs deep into his tight abdomen for comfort, a poignant signifier of how scared he is and the eventual shift in who will need such consoling. So much left unsaid between them. With only the emergence of cassette tapes filling in the blanks. They may press play and go forward, yet all they want to do is hit the rewind button.

Harry Macqueen’s bracingly intimate direction complemented by cinematographer Dick Pope’s crisp and clear adoration of the British countryside, only emboldens the powerful performances on show as the positions in their relationship shift and evolve. Tusker lying straight with Sam almost in a foetal position, juxtaposed with the imposing close-up of Sam at a dinner table reading out a speech written by Tusker to beloved friends and family at a surprise party. It initially gives off the illusion that one needs to dominate the conversation. When after twenty years, they arrived here by being their loving equal and the tear-jerking realisation at this moment, it’s this common ground that they must walk together.
Inevitably a trigger for me given personal experience, which only left me further taken back by its execution.

The quiet considered contemplation that Colin Firth grounds the character Sam in is utterly riveting, which makes the occasional emotionally insecure explosion from him as he lists off the duties he’s willing to carry out, all the more affecting. Free of medicine. Full of tenderness. Stanley Tucci is immense in the role of Tusker, whose battle to maintain a degree of dignity is heart-wrenching to witness. His ability to coherently write may be wavering. Even with his last breath, he will make damn sure he keeps creative control of his own narrative.

In keeping with the beautiful sound created by Colin Firth’s Sam gently pressing the keys on a pristine piano. Supernova is a stunning symphony of love whose illustrious stars shine oh so brightly.