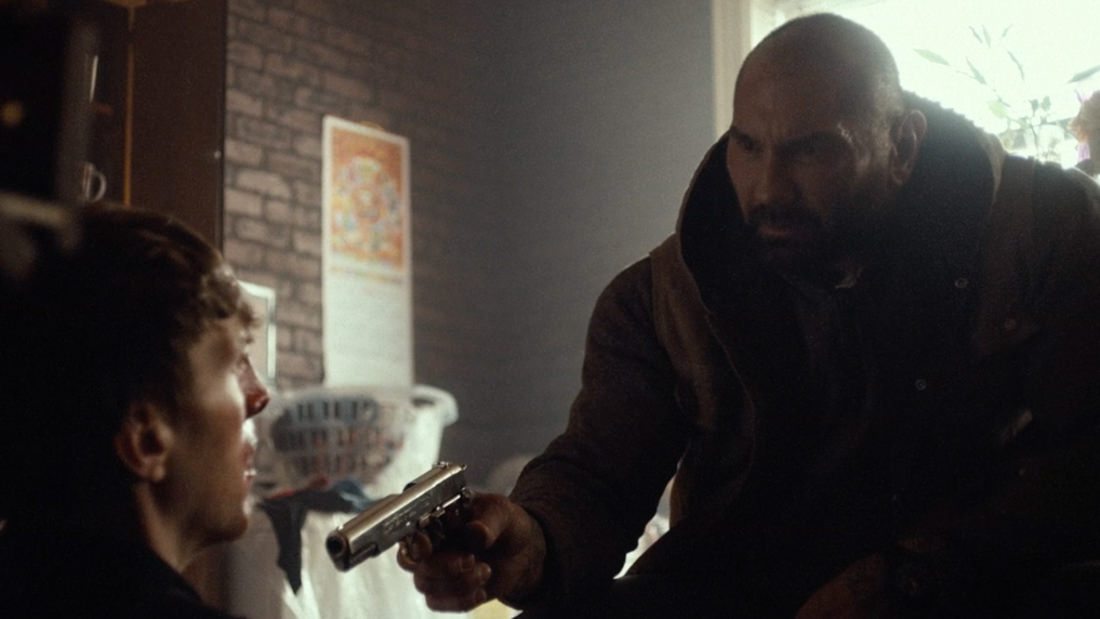 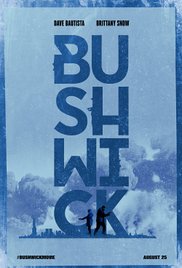 Bushwick, for those who don’t know, is a neighbourhood in Brooklyn, New York. It’s predominantly working class (though gentrification is working hard to change that) and hugely diverse in its ethnic make-up – it’s also the setting for and title of Cary Murnion and Jonathan Milott’s new film, a tense action-drama that sees mysterious terrorist forces invade Brooklyn and begin to tear the district to the ground. Brittany Snow plays Lucy, a grad student unwittingly caught up in the chaos when she returns to Bushwick with her boyfriend to visit her family. On the run with no idea what’s going on around her, she takes up refuge in Dave Bautista’s basement, and the two join forces to try and get out of the neighbourhood alive.

This is a strong departure from Snow’s previous work on teen comedy Pitch Perfect and its sequel Pitch Perfect 2, but having previously played a damsel in distress in horror movies Prom Night and Would You Rather, she’s well-versed in running for her life. Lucy is the central character of the film (a problem we’ll get onto in a minute) but Snow’s performance is mundane – there’s never a chance to really get to know the character, or form any sort of attachment to her. Meanwhile Bautista’s best known for his scene-stealing role as Drax the Destroyer in Guardians of the Galaxy and its sequel, which hit cinemas earlier this year – as gruff ex-army man Stupe he’s afforded little room for doing much other than providing the muscle, but in the film’s final act he is given a chance for some much-needed character development.

There are some good things about Bushwick – it really does sell the adrenaline, and it’s a tense, nail-biting ninety minutes. Godfather of hip-hop Aesop Rock provides a predictably great score, and the concept itself is interesting enough. The idea of America on the cusp of a second civil war and destroying itself from the inside-out is likely to keep reappearing over the course of Trump’s tenure.

But Bushwick feels insincere. It’s quickly revealed that the mystery insurgents are domestic terrorists, part of a Texas-led movement to secede from North America. They invade Bushwick because it’s a diverse, predominantly working class neighbourhood that by their calculations, is unlikely to band together and put up a resistance when faced with their assault. The film makes a great play out of this, of how the people make Bushwick what it is, but why, in that case, do writers Nick Damici and Graham Reznick decide to focus their story on a white college girl? Why is it always a white college girl? Stupe’s story is infinitely more interesting – a bereaved parent and widow with PTSD, his reaction to the neighbourhood under siege is one of steely determination. Bushwick’s population is predominantly Hispanic and black, yet most of the black characters in the film are portrayed as thugs. It’s a baffling decision to frame the film like this, and really discredits it as a political narrative.

As an adrenaline-fuelled thrill ride it succeeds, but the ending’s hollow and bitter, and as a film about American political discord, it outright falls flat.