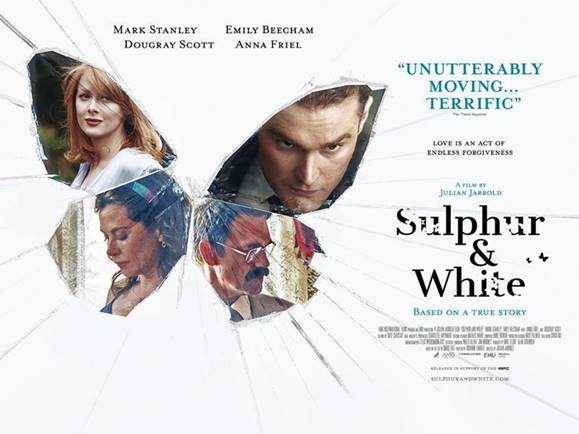 We all carry secrets. David carries his and they eat away at his soul. With ruthless determination, he builds a successfulcareer in the relentless world of financial trading, but as he climbs the corporate ladder, his past threatens to rise up and engulf him. He meets Vanessa, the love of his life, who wants to find a future for them if only David can find a way to heal his deepemotional wounds.

Based on the incredible true story of David Tait, SULPHUR AND WHITE is a moving and deeply personal drama about how the redemptive power of love can heal the destructive nature of trauma, dark secrets and enduring lies.

Since leaving his role as a city trader, David’s feats as a mountaineer, fundraiser,ambassador and trustee of the NSPCC mark him out as an inspiration. He has personally raised over £1.5 million by climbing Mount Everest on five occasions for the charity and was the first person to complete the North-South traverse. He was awarded an MBEby the Queen for his services to children. He continues to be a significant figure at the charity, speaking personally about his experiences to raise awareness and champion the work of the NSPCC at events the length and breadth of the UK. A charitable red-carpetGala Screening of the film will take place early next year, in association with the NSPCC.