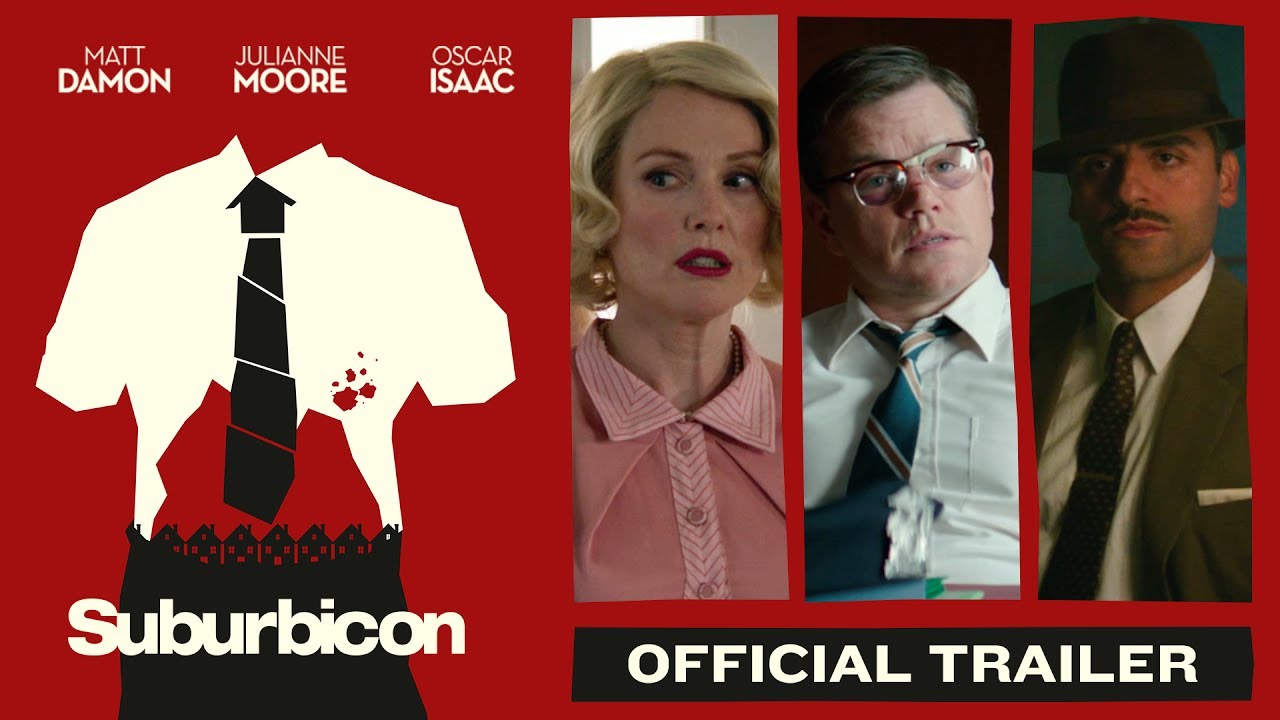 There goes the neighborhood. Matt Damon, Julianne Moore and Oscar Isaac star in #Suburbicon, directed by George Clooney. Watch the new trailer now, and see it in theatres October 27th.

Suburbicon is a peaceful, idyllic suburban community with affordable homes and manicured lawns…the perfect place to raise a family, and in the summer of 1959, the Lodge family is doing just that. But the tranquil surface masks a disturbing reality, as husband and father Gardner Lodge (Matt Damon) must navigate the town’s dark underbelly of betrayal, deceit, and violence. This is a tale of very flawed people making very bad choices. This is Suburbicon.