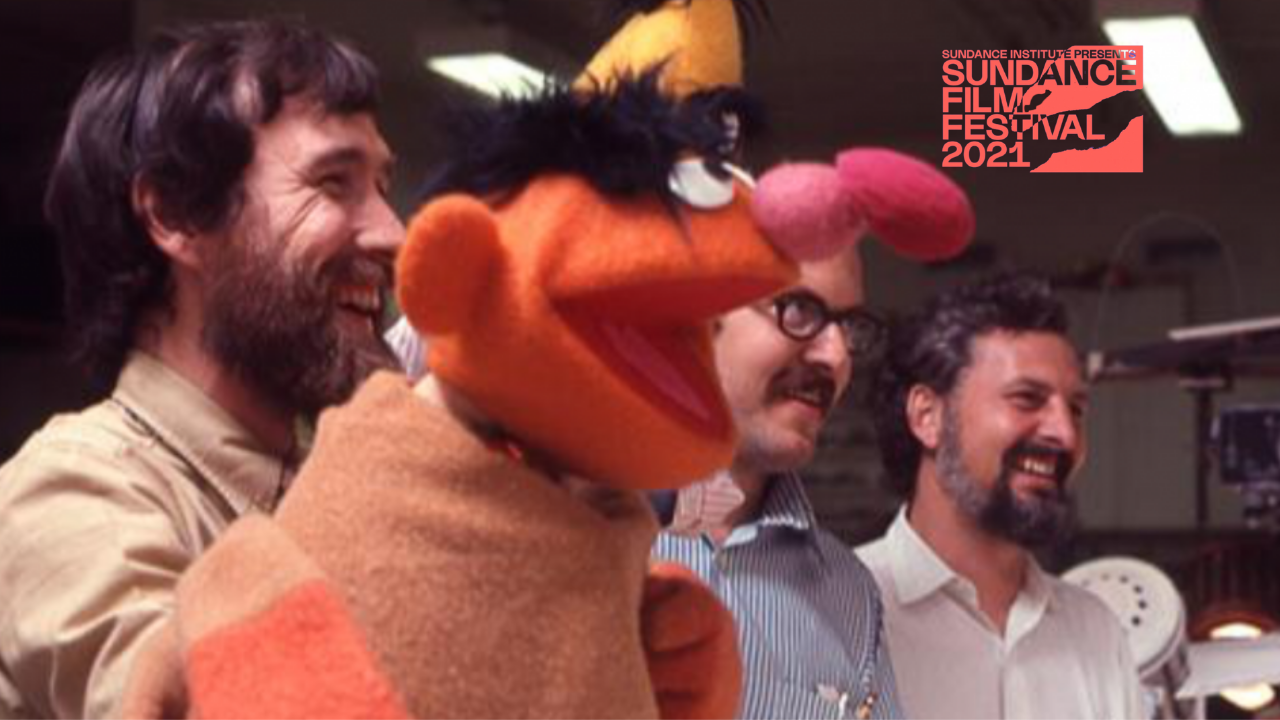 Two documentary films focusing on revolutions taking place in America circa 1969 have now hit the Sundance Film Festival in 2021. The first, Ahmir ‘Questlove’ Thompson’s Summer of Soul, centred on the Harlem Cultural Festival, an event attended by hundreds of thousands and then wiped from history for fifty years. The second, Marilyn Agrelo’s Street Gang: How We Got to Sesame Street (the Street was based on a Harlem neighbourhood for a bit of added similarity), centres on the origin story of Sesame Street, arguably the most beloved and well-known children’s TV show in the world and one watched by six million children a day in its heyday. Both films depict a boundary-breaking cultural revolution of seismic proportions, and our focus here is on Agrelo’s exhaustive work charting the history of Big Bird and company from wild idea to worldwide phenomenon.

Adapted from Michael Davis’ book of the same name, Street Gang begins with Lloyd Morrisett, a child psychologist who, noticing how his daughter was fixated on the television and exhibited an encyclopaedic knowledge of the jingles she heard on it, wondered whether the way TV so ingrained itself in the child’s mind could be an opportunity to use it for education. Having noted the educational deprivation of many kids across America, especially those in the Black community, Davis approached TV producer Joan Ganz Cooney at a dinner party with the simple question ‘Do you think television could be used to teach young children?’ Cooney was enraptured by the question and carried out a study, positing that if she could observe and figure out what it was that made kids watch so fervently, then educational children’s television could be made by following that blueprint. From that one observation of Morrisett’s, and from Cooney’s enthusiasm to find out the answer, Sesame Street was born.

Putting educators and TV writers in the same room together, a then-revolutionary move, Cooney, alongside series director Jon Stone, devised Sesame Street. In the documentary, we see a wealth of extraordinary archival footage as the show’s creators looked beyond the treehouses and picket fences of white-centric children’s television and seek out a more inclusive, multiculturally inclined setting for their show. Happening upon a Harlem neighbourhood that fit what the showrunners were looking for, we then see Agrelo chart the genesis of Sesame Street from a people-only TV show to a Jim Henson Muppet-led mixture of human characters of all ethnicities and fantastic puppets such as Groucho, Big Bird, Bert and Ernie, and the original Muppet Mr Kermit the Frog.

Utilising a wealth of extraordinary archival footage that spans early promotional material for the show, behind-the-scenes episode production footage and bloopers from the early days of the show, and interspersing these excellent clips with genuinely fascinating and informative talking heads segments with the show’s creators and their surviving relatives, Agrelo pieces together a portrait of a revolution happening both on and off-screen because of Sesame Street.

Hearing show lyricist Joe Raposo describe the lightning bulb moment in which ‘It’s not easy being green’ – one of the most incredible songs about race of the 20th century – was born is a real honour, whilst getting to see some of the show’s most impactful moments through the lens of those who lived through them is an emotionally overwhelming experience. One of the documentary’s highlights is the recounting of how the show handled Will Lee, better known to many as Mr Hooper, and his death. Rather than shying away from such a sensitive issue, the team researched childrens’ awareness of death and channelled all of that into the character of Big Bird, allowing the beloved yellow bird’s reaction to the character’s death and his friends’ words of comfort to offer a ray of hope in dark times for millions of children.

In many ways, that one anecdote, presented beautifully and poignantly, sums up much of what makes Sesame Street, and Street Gang by extension, so special. Not only does Street Gang entertain and educate, illuminating its subject matter whilst providing a treasure trove of new material for fans to pore over, but it furthermore stands as a testament to TV’s enduring power to speak to us at crucial points in our lives. It shines a light on how the things we watch as care-free children help shape the people we become as caring adults, and it does so with joy running through its duration and laughter bursting forth from the screen. Though the documentary does, sensitively, handle some of the show’s backstage dramas, the sheer goodness of the whole project wins out at every turn.

With an overflowing affection for its subject and a spiritedness and power all of its own, Street Gang: How We Got to Sesame Street does for Sesame Street what Won’t You Be My Neighbour? did for Mr Rogers – it makes immortal a legend and gives them life anew.

Related Topics:ReviewReviewsStreet Gang: How We Got to Sesame StreetSundance Film Festival 2021
Up Next