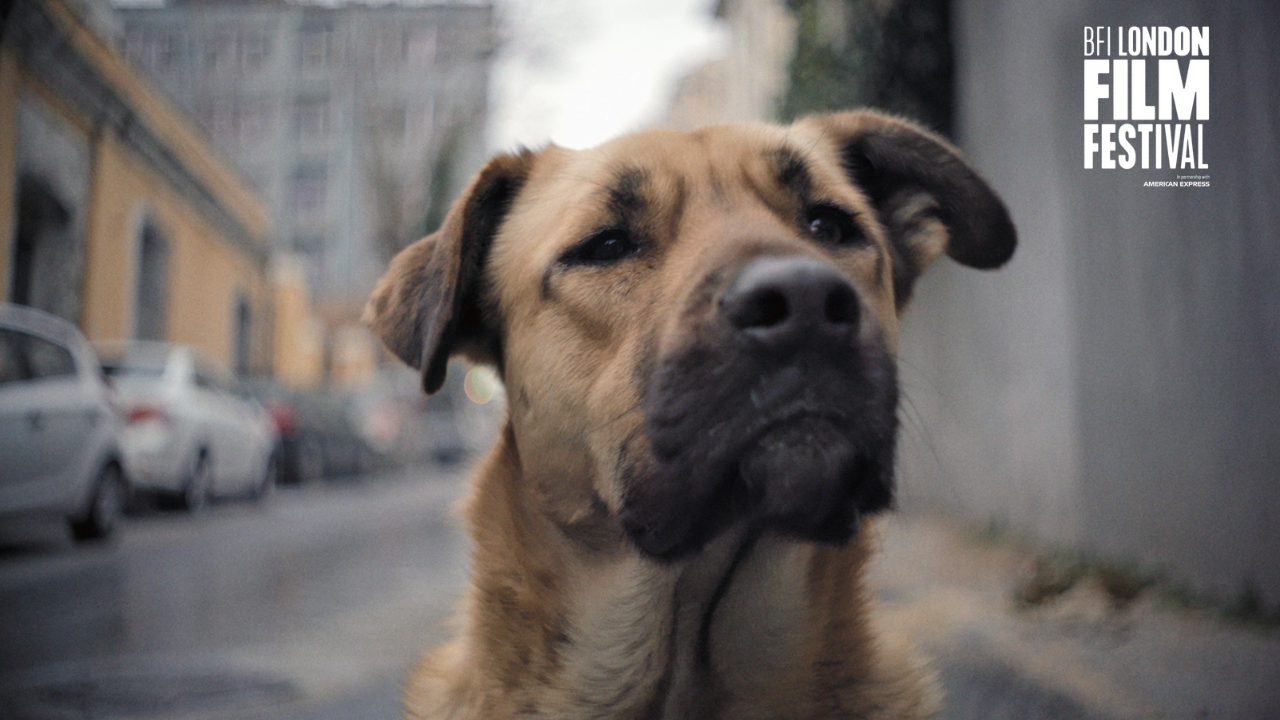 Filmmaker Elizabeth Lo followed stray dogs around the city of Istanbul for two years between 2017- 2019 to capture the footage for the sweet, poignant documentary, Stray. Editing the material herself, Lo has developed a narrative that captures the imagination and offers up more than a viewing spectacle of a bunch of lively dogs running about. Instead, she has found a way to tell the intricate and arresting stories of the canines and the people around them. Through their eyes, the rich tapestry of Istanbul comes to life.

After years of trying to bring down the numbers of stray dogs in the city, it is now illegal to cause harm to them in Istanbul. This has led to the city being home to over 100,000 strays. We’re introduced to three of them, Zeytin, Nazar and Kartal, who all develop their own onscreen personalities pretty quickly as they navigate their world.

As they dodge traffic, chase cats and befriend garbage men for the chance that they’ll be thrown a bone, they, and we by default, are privy to snatches of intriguing conversation from the people around them. A couple in the midst of a break-up, elderly men talking politics in the park; the dogs sit in the midst of it all, often ignored. They invite us to sit with them, not to judge but to simply observe the rich pathos of human drama unfolding around them.

Zeytin, who makes up the majority of screentime, befriends a group of (predominantly) Syrian refugees who, although they have nothing, invite her to sleep with them in their blankets. They huddle up in an empty building site at night and roam the streets begging for money in the day. Through Zeytin, we experience their heartbreaking plight, but also their enthusiasm for life and their kindness. In return for that kindness, Zeytin provides a sense of comfort and relief for them in a city which does not yet feel like home. The similarities between the strays and the refugees is not lost on the viewer and makes the friendship even more profound.

Lo places the camera at the eye-level of the dogs, but attaches a go-pro style camera in one dramatic sequence which shakes things up and makes you feel like you’re part of a disorientating car chase. In others, swamps of tourists respond to Zeytin either with annoyance or fondness, and she reflects that back in expressions we begin to understand. For it isn’t only the humans who react to the situations they find themselves in but also the dogs; down at their level, their faces often framing most of the screen, we begin to see and understand their reactions to events and to forget that we aren’t part of it for a while.

I was definitely here for a film where I could sit back and watchdogs running around the city, but Stray was decidedly more than that, it was a revelation. I got to walk aimlessly about the streets of a city I’ve never been to, to meet the people and experience life through all of its forms and gaze. In one spell-binding scene, a pack of dogs run wildly through the city’s Roman ruins, staring out at the beautiful views of the Sea of Marmara. It looked for all the world as though they were taking a day off; a vacation from the daily struggle of survival. I couldn’t help but beam at the images, feeling like I’d really got to know them—a rare and beautiful thing in a film with very little dialogue.

Before screening at BFI’s London Film Festival, it (not surprisingly) won Best International Documentary at Hot Docs, and will go on to IDFA in November. The film was arresting, entertaining, heartbreaking and poignant and even if you’re not a ‘dog person,’ I’m pretty sure Stray can change your mind.

Related Topics:LFF 2020Review
Up Next