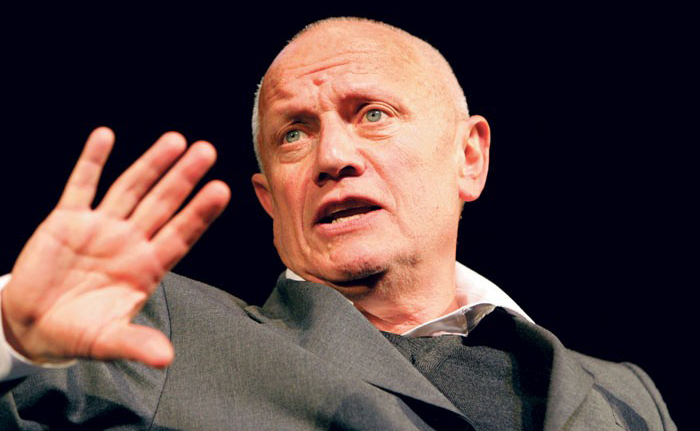 Beloved English character actor Steven Berkoff (Octopussy, A Clockwork Orange) has signed on to narrate and star in The Last Faust, a reimagining of Johann Wolfgang von Goethe’s 14-hour play.

The film adaptation of The Last Faust will be the first attempt ever made to bring the legendary play to the big screen all in one go. Solely down to the epic’s gargantuan length, The Last Faust has never been filmed all in one piece, indeed nor has it even been presented on stage more than three times since 1830. Director Philipp Humm will attempt to condense both halves of the story into two separate, yet intertwined narratives, concentrating the two nearly seven-hour stories into an hour each.

The Last Faust will tell the tale of the prodigal scientist Dr. Faust, in a contemporary reimagining of the classic tale. Seeking the ability to create life as akin to a God, Dr. Faust (Martin Hancock, Kingdom of Heaven) strikes a bargain with the Devil (Glyn Dilley, Crowhurst) and unwittingly unleashes a worse evil across the land. His successor, Dr. Goodfellow (Berkoff), will then attempt to document the final days of humanity before it’s too late.

Travelling across dimensions, time, and incorporating real historical events, supernaturalism, and a tragic metaphorical romance, it’s fair to say that Humm’s The Last Faust will be an intensely ambitious project. It’s currently in post-production, and will begin touring the festival circuit next year. No formal release date has been set.