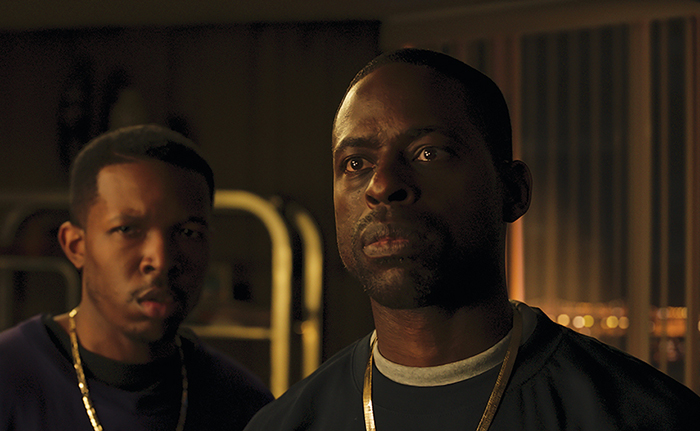 Actor Sterling K. Brown has one of those faces; a mainstay of American television, he’s had scene-stealing roles in Brooklyn Nine-Nine, Person of Interest, The Mentalist, Criminal Minds, Castle, and many, many more, as well as a starring role in This is Us. But last year was a turning point for the actor, with pivotal roles in Shane Black’s The Predator and Ryan Coogler’s Black Panther.

And it’s Black Panther where the actor had his biggest career revelation, as the film’s catalyst for antagonist Michael B. Jordan’s Erik Killmonger’s narrative.

Brown, in an interview with Variety, said: “I was doing The People v. O.J. [Simpson: American Crime Story] and Joe Robert Cole, who co-wrote with Ryan Coogler was one of our writers, and he was like, ‘Yeah man, I’m writing this Black Panther movie and everything,’ and I was like, ‘Say what? … Yo, you’ve got to let me know who I’ve got to talk to; I want to be in Wakanda!”

Interestingly the actor revealed that the role of N’Jobu that he would go on to portray, the father of Killmonger, was not his first pick; he originally went in for M’Baku, the leader of the Jabari tribe, and played in the film by Winston Duke.

“I originally went in for M’Baku, and I had fun with it,” Sterling K. Brown said, “I was taking my shirt off and I was like, ‘Yeah, come mess with this cad, see if you can handle it!’ They were laughing, and [Ryan] was like, ‘Look man, you had a great audition, I don’t know if the timetable necessarily works out with your TV show or whatnot, but I’ve got this role of N’Jobu that I need a real actor for, and if you vibe with it, maybe it’s something you’d consider doing.’ 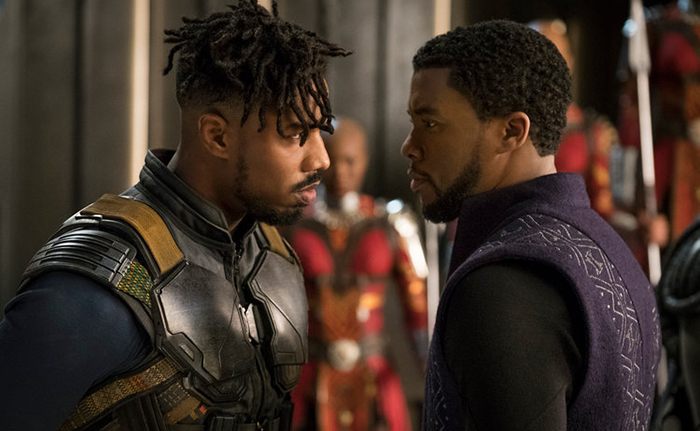 “It was only a couple of scenes, but he has such a strong perspective — and a perspective with which I can relate to in terms of the emancipation of black people across the globe and allowing them to have a position of power globally. And knowing that I, as a prince of this country, have access to materials that could give black people to access to opportunity by any means necessary, it seems like it was a justifiable position. And I loved that it was such a strong perspective just from those two scenes that I was like, ‘Bro, however I can be a part of this, please let me be a part of it.’

“I knew that my perspective had to be strong enough that my son could take that and interpret it however he saw fit. … He lost his father — his father who was a radical — and he became even more radicalised than his father. So I knew it had to be passionate.

“At the time of shooting we were also shooting the Memphis episode of This Is Us so I was going back and forth from one heavy thing to another. No one had necessarily communicated to me that there was a specific accent that we were going for until I showed up on set. I had worked on this whole other thing. … So you go back to the drawing board, you sit in your hotel room and you listen to accent tapes and the dialogue coach’s suggestions and you just do it over and over again until you feel like it’s right.

“I had to focus on one of two things: it’s either the accent or the acting — and not trying to sacrifice one over the other, but if the accent is not quite up to snuff, so be it, as long as the truth of N’Jobu’s trials and tribulations is communicated.

“It was nice, in terms of being able to shoot the scene of him being beyond the grave, with the young version of [his son] and with Michael B. [Jordan] as well. Ryan kept saying, ‘Yo you don’t need any tears,’ and I would say, ‘I’m not trying to cry.’ But there was this moment of recognition of if I failed my son, I couldn’t help but.”

Black Panther is out on Digital, DVD, Blu-Ray and 4K now.