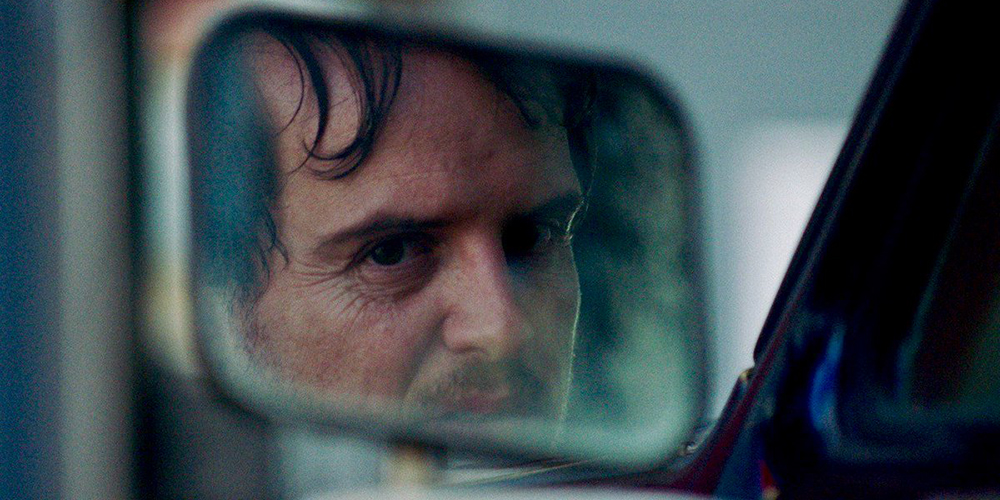 Steel Country has all the makings of a cracking whodunnit. It’s got the deprived Americana-suburb location – complete with boarded up gas stations and flickering neon bar signs – the slightly grating, jaw-tingling score, the greyscale desaturated pans across beautiful but scary forests. It’s got the visuals of something similar to Villeneuve’s Prisoners, or season three of True Detective, but Steel Country just seems to be missing a touch of oomph.

The film rests easily on the shoulders of Andrew Scott, who’s shirked both the priest’s robes and Moriarty’s sharp suits for a grimey jumpsuit. Donny is a 30-something garbage truck driver, whose life largely consists of working, coming home to his elderly mother, and visiting his eleven-year-old daughter, Wendy. Bar his truck-mate, Donna, he lives a relatively lonely life. He’s also, as we learn through Scott’s nuanced performance and some smart details (including a box of pens under the bed, to be organised by colour), on the autistic spectrum.

In less capable hands, Donny’s mannerisms could have been thoroughly butchered – but Scott’s careful, thorough performance means that his autistic tendencies are handled with dexterity. As Donny takes it upon himself to investigate the ‘accidental’ death of a six-year-old local boy, there’s a palpable sense of obsessive energy in him, but it’s let down by some slightly flat writing which doesn’t always do Scott’s crackling performance justice.

It seems like the script is constantly oscillating between trying to be an interesting character study of Donny and a quiet, slow-burn thriller/drama. His relationship with his daughter, and with Donna, could have been an interesting main plot point, and the outlandish hope that he holds for rekindling his ‘relationship’ (as rose-tinted a designation as is possible) with Wendy’s mother imbues him with a sympathetic edge which, contrasted against the fact that he’s often quite an unnerving figure to behold, lays the foundations for what could be a complex character piece. But the story cuts this off to advance the main plot as Donny sleuths, with fewer and fewer boundaries in play, to find young Tyler’s true killer – and as a result, neither side feels fully resolved. The film stands at just under an hour and a half, and with this time frame it felt like the writers should have made some amends to one story in order to flesh the other out more fully. 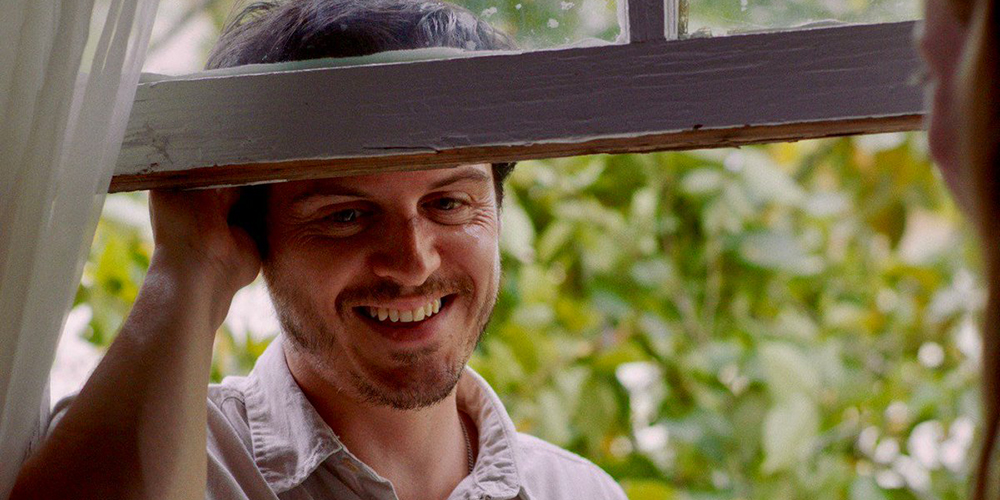 Tonally, however, Steel Country is bang on. Director of photography Marcel Zyskind has worked some kind of magic, and he plays drone aerial shots of thick black forests and wild rivers off against stark street lighting and swinging broken signs with aplomb. If you’re not living the film narratively the whole way through, you certainly are tonally, as Zyskind employs every visual cue in the book to construct a dismal Pennsylvania town that’s straight out any back-alley surburbia-Americana fantasy. It meshes perfectly with John Hardy’s unnerving score, which sounds almost like a broken saw; a nice reference to the deprived industrial feel of the town.

The film also raises some interesting social questions, but it gives you so many that, again, it doesn’t feel like any of them are actively dealt with. There’s Trump/Pence signs littering the place, boarded up businesses, and derelict factories everywhere, but there’s very little devoted to discussing the socio-economic situation of the town, and it’s never brought it in as a part of the story as I thought it might have been. The narrative plays with the idea of police corruption in the form of the seedy Sheriff Mooney (played very well by Michael Rose) – and whilst it does so in a way that serves the story well, I wanted (and this feels like a recurring theme) more, especially given the poignancy that it endows the film’s climax with.

The story’s resolution feels a touch hollow, and I suspect it’s probably because the story waits just a little too long before it ramps up — Donny’s investigations start just a little too late in the film, and the time it takes to get from one clue to the next means that the bulk of the narrative explanation comes from a old newspaper clipping that Donna miraculously conjures up and thrusts into his hand, about fifteen minutes or so before the end.

But what an end it is. Dramatic, lawless, and so out-of-character that it circles back around to being completely in character. If you’ve ever wanted to see Andrew Scott at his best, it’s here – I just wish that the rest of the film had done him justice. The film rests easily on his shoulders, yes, but it’s clear from the individual parts that Steel Country had the beginnings of something that could have been truly great.