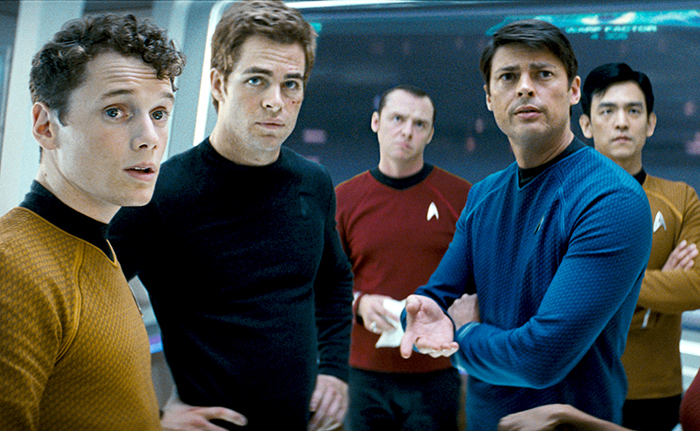 New reports coming out of Hollywood are suggesting that the Kelvin timeline will live long and prosper no longer, as Star Trek 4 has been shelved indefinitely.

The news comes as the flick’s director, SJ Clarkson – who was set to be the first female director hired to helm a Star Trek feature film – has been drafted by HBO to helm their Game of Thrones prequel series.

As for ‘why’ the successful franchise, which last saw a release with 2016’s well-received Star Trek Beyond, has stalled so dramatically, it appears to all be down to a typical case of contract disputes. The proposed script for the once-forthcoming sequel is rumoured to have been a time-travel feature that would have seen Chris Pine’s Captain James T. Kirk teaming up with his father, Chris Hemsworth’s George Kirk (who had a brief, but pivotal, role in JJ Abrams’ Star Trek, in 2009).

Reportedly, issues arose from the salary negotiations of the two Chrises; Hemsworth, used to Marvel-sized paydays from the Thor and Avengers franchises – and used to commanding salaries of between $17-35 million per feature – was to be a pricey ‘get’ for the studio, and negotiations were thought to be fierce. But as Paramount and Hemsworth appeared to be nearing a deal, Pine threw his hat into the ring. The Wonder Woman actor, who earned $3 million for his leading role in Beyond, was incensed at the idea of a ‘guest character’ earning vastly more than him. And thus, the film was deemed more trouble than it was potentially worth, and canned.

Chris Pine can next be seen in Patty Jenkins’ Wonder Woman 1984, due on the 5th of June. Meanwhile, Chris Hemsworth has a big year lined up, with a starring role in both Avengers: Endgame and Men in Black: International, due out on the 26th of April and the 14th of June, respectively.

Margot Robbie Signs On To Play Barbie, Shocking No One