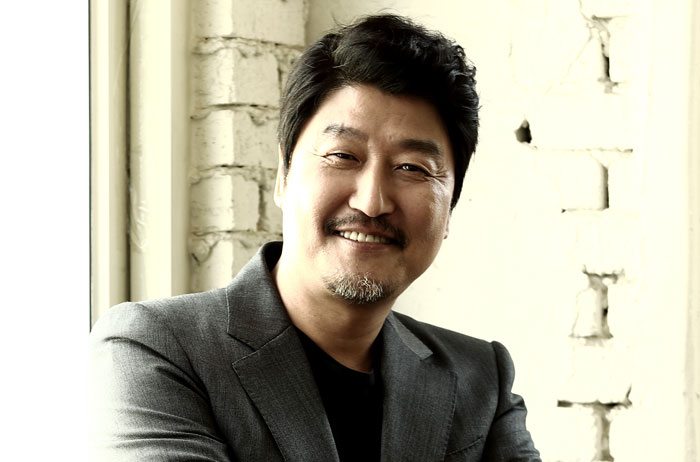 Locarno72 will pay tribute to SONG Kang-ho as winner of this year’s Excellence Award, with the South Korean actor as a guest in Piazza Grande on Monday, 12 August.

The Locarno Film Festival Excellence Award for SONG Kang-ho is the first dedicated to an Asian film personality.

The Excellence Award of the 72nd Locarno Film Festival will go to SONG Kang-ho, a many-sided figure in South-Korean and international cinema. An exceptional, remarkably versatile artist, SONG has tested himself constantly across a career stretching over more than two decades, tackling an endless variety of genres and roles and subtly altering the register of his approach to find ever greater dramatic depth. His magisterial performances in films by great South Korean masters such as BONG Joon-ho, HONG Sang-soo, KIM Jee-woon and PARK Chan-wook have brought him success not only in South Korea, where he is one of the nation’s biggest stars, but also at global level.

Born in1967 in Gimhae, South Korea, SONG Kang-ho made his debut on the big screen in The Day a Pig Fell Into the Well (1996) by HONG Sang-soo. He was soon cast by directors who would hallmark his career, such as KIM Jee-woon, with whom he worked in The Quiet Family (1998) and The Foul King (2000). The latter showcased his remarkable versatility and athletic prowess, proving to be the first in a long series of leading roles that established SONG as an icon of New Korean Cinema. KIM Jee-woon was again behind the camera when SONG starred in The Good the Bad the Weird (2008), a Sergio Leone-inspired Korean spaghetti western, and in The Age of Shadows (2016).

SONG’s career reached even greater heights when he began his long-term partnership with PARK Chan-wook, who directed him in Joint Security Area (2000),Sympathy for Mr. Vengeance (2002) – the first film in a revenge trilogy that ended with Lady Vengeance (2005) – and, in 2009, in Thirst. The same period saw SONG begin another collaboration that was to prove fundamental in his career, with BONG Joon-ho, who picked him as the male lead in one of his best-known films, Memories of Murder (2003), and later for The Host (2006), one of the biggest box-office hits in the history of Korean cinema. The international reach of these films made SONG a well-known face outside Korea as he garnered a series of major prizes, including Best Actor at the Asian Film Awards in 2007. The partnership with BONG Joon-ho has since gone from strength to strength: in 2013 SONG featured alongside star names of the calibre of Tilda Swinton, John Hurt and Chris Evans in the cast of the international coproduction Snowpiercer, based on the French sci-fi graphic novel Le Transperceneige, and also starred in Parasite (2019), which took home the prestigious Palme D’Or at this years Cannes Film Festival

Related Topics:Locarno 2019Parasite
Up Next

First Look at ‘The Experience’ Trailer

Like Movie-Themed Slots? Here are two of NJ’s Best