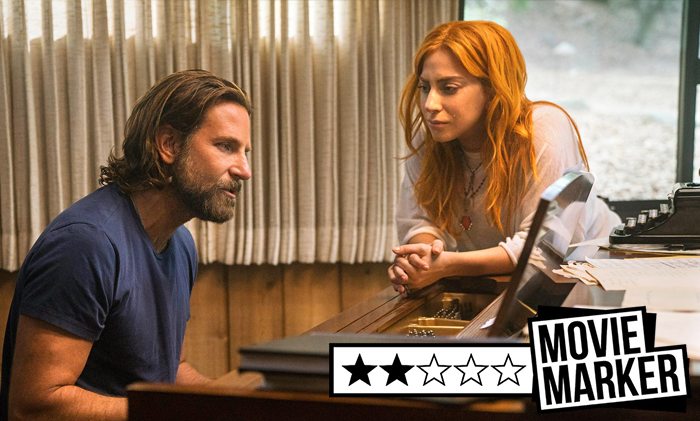 The directorial debut of Bradley Cooper had a barnstorming premiere at the Venice Film Festival, and has been slowly accruing awards hype ever since. A highly anticipated film for any Cooper or Lady Gaga fan, A Star is Born has been ubiquitous in the filmic press, with both stars pushing the fact that they filmed their movie across major music festivals like Coachella during 2017, bringing with it a vast swathe of early Oscars buzz. The question, then, is does the film have the legs for it?

A Star Is Born follows the story of seasoned musician Jackson Maine (Cooper) who discovers — and falls in love with — struggling artist Ally (Lady Gaga). She‘s just about given up on her dream to make it big as a singer until Jackson coaxes her into the spotlight, but as Ally’s career takes off the personal side of their relationship begins breaking down, spiralling further as Jackson fights an ongoing battle with his own internal demons.

Cooper’s retelling of A Star is Born sucks you in well enough, but spits you out just as swiftly. The first act holds one’s attention admirably, as the two charismatic leads fall in love in a non-conventional way. Indeed, Gaga’s rendition of Edith Piaf’s La Vie En Rose needs to be heard to be believed. The problems arise once Ally starts to become a star, as proceedings take a sharp turn for the generic. Like watching a squeaky clean biopic about Kurt Cobain and Courtney Love, A Star is Born refuses to show the downside to the entertainment business. It’s well know Lady Gaga had issues breaking into the business because of her appearance, and Cooper makes a very poignant point throughout that all artists should be seen and heard, but it never quite lands.

Throughout the build-up to Ally’s inevitable stardom, the soundtrack is the one saving grace; a blistering tour-de-force of jaunty pop and soft rock anthems. The song Shadow is a particular ear-worm , and a genuine shoe-in for Best Original Song this awards season. The duets between Ally and Jackson are pure and sweet and evoke some sweet melodrama. The two leads undeniably have chemistry on stage, but once they‘re off the passion doesn’t so much fizzle as it does cease to exist, feeling ultimately hollow and fake.

Bradley Cooper’s Jackson gets the bulk of the character development, with much of the feature focusing on his addictions and demons, without which the film would feel utterly soulless. That being said, the flick doesn’t have the raw edge to develop these addictions, sugar-coating them and shielding audiences from the worst of things. Cooper tries to bring the darkness onto the screen and you can sense the pain in his eyes, and for a directorial debut from Cooper, it is admirable.

Unfortunately, he doesn’t truly provide any flare, or an interesting point of view with which to ground the film; neither the by-the-numbers romance or the sandpapered addiction tale ever adequately enhanced by Cooper’s unique storytelling voice. One would hope that he‘ll continue with film-making, as there certainly is  a voice waiting to come out. Ironic, given the subject material. As such, it seems A Star is Born will go into award season as a bridesmaid, but not the bride.