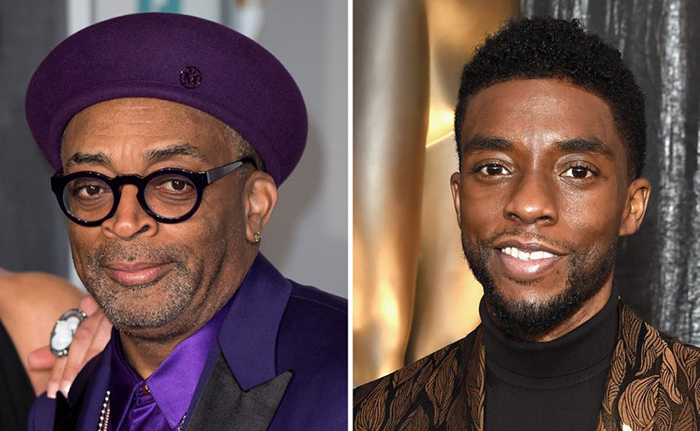 BlacKkKlansman director Spike Lee, hot off the back of his ongoing awards-season success, looks set to team with king T’Challa himself, Black Panther star Chadwick Boseman, for his next feature Da 5 Bloods.

Netflix are financing and will distribute the feature, which Lee has written with creative partner Kevin Willmott (Chi-Raq). The two adapted the feature from an original screenplay by Danny Bilson & Paul DeMeo (screenwriters on Disney’s 1991 cult-hit Rocketeer), that was also subsequently rewritten by Matthew Billingsly.

Da 5 Bloods will reportedly follow as a crew of Vietnam veterans return to the jungle to recapture their lost innocence. “To quote my brother Jay-Z from Da People’s Republic of Brooklyn: ‘On to Da Next One,’” Lee said, in a statement to press.

Bidding for the flick had stalled for some time until Spike Lee’s BlacKkKlansman garnered an aggressive slew of awards buzz – primarily its six Oscar nominations, including one for Best Picture, and Lee’s inexplicably-first nomination for Best Director. This allegedly led to Netflix ponying up a not-insubstantial amount of capital in an attempt to win over the director, a tactic which seems to have paid off for the new studio.

Boseman, meanwhile, can next be seen in crime-thriller 17 Bridges.