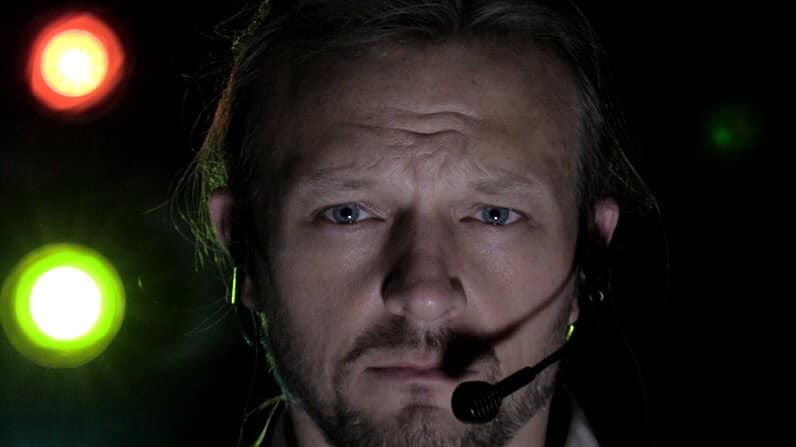 Written and directed by Monte Light, ‘Space’ is set in the year 2050. The BrightSTAR Corporation launches the spaceship The Udo. Its mission: the terraformation of the dwarf planet Ceres, using experimental nanite technology. The Udo is equipped with microphones and multiple cameras, to document the psychological effects of deep space on the crew of five. Dr. Ada Gray is the specialist in the compliment, an expert in astrobiology and the creator of the nanite technology. Her fellow shipmates include Commander Phil King, Tom ‘Tomcatʼ McMahon, the sarcastic Payload Specialist Mitch ‘The Bitchʼ Poe, and the handsome French pilot Evan Durand. Ada and Evan are intensely attracted to each other, but Evan is married. This makes the years in deep space quite the emotional pressure cooker for the two of them. When an accident leaves the crew stranded in separate escape pods, with only video communication to link them, tensions will overflow. What’s worse, a horrific technological monster of their own creation threatens the crew’s lives.

Join the filmmakers from ‘Space’ at Dark Delicacies at 822 Hollywood Way in Burbank on Saturday, March 28th from 4-6pm. Come early to avoid disappointment. The executive producers wish to thank Drew Carey and the popular TV show The Price Is Right as ‘Space’ was financed by director Monte Light’s winnings from the show.

‘Space’ releases on-demand and on multiple digital platforms on March 31, 2020.