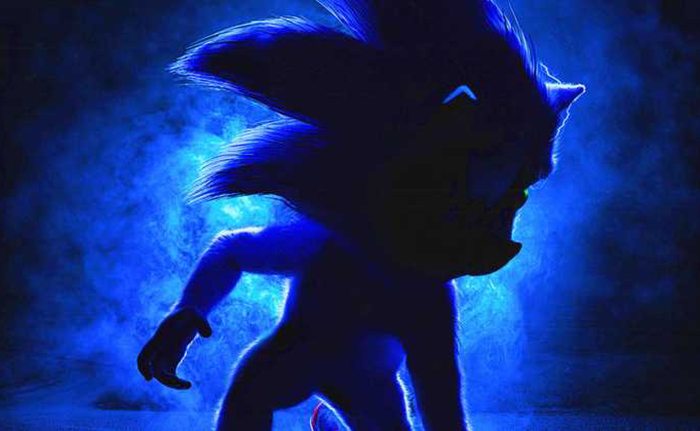 The official Twitter account of the Sonic the Hedgehog movie has, rather hilariously, been embroiled in something of an internet sh*tstorm for the past few weeks based around – of all things – the titular blue mammal’s newly swole legs.

Traditionally, the character is known for a lithe, exaggerated silhouette that aims for a sort of cartoony-simplicity reminiscent of Mickey Mouse, Woody Woodpecker, Bugs Bunny, and other ‘funny animal’ mascots. Those character’s designs were kept uniformly basic (aside from their more expressive faces) so as to make traditional hand-drawn animation easier and faster – time is money, after all, and if the sweatshop animators can’t crank out a scene a day, well, that’s money being wasted – and as such, when Sonic made the leap from videogames to animation, that style was carried through.

But upon the release of a poster for the forthcoming Sonic the Hedgehog live-action film, fans were dismayed and aghast to find the world’s fastest hedgehog hadn’t skipped leg day. Like, ever. The new silhouette for the character showed off an unsettling level of muscle on the character’s legs that made him look less of a runner, and more of a body-builder. Further pictures only seemed to add to the horror, as the internet plunged into a collective fury.

Now, trying to downplay ‘Leg Gate’, the official Twitter page for Sonic the Hedgehog (which had been almost exclusively reposting memes about the movie design’s atrocious reveal, seemingly attempting to save face by getting in on the joke) has posted a ‘hilarious’ image of Sonic with exaggeratedly muscular legs, and holding a sign asking “Can’t a guy workout?” 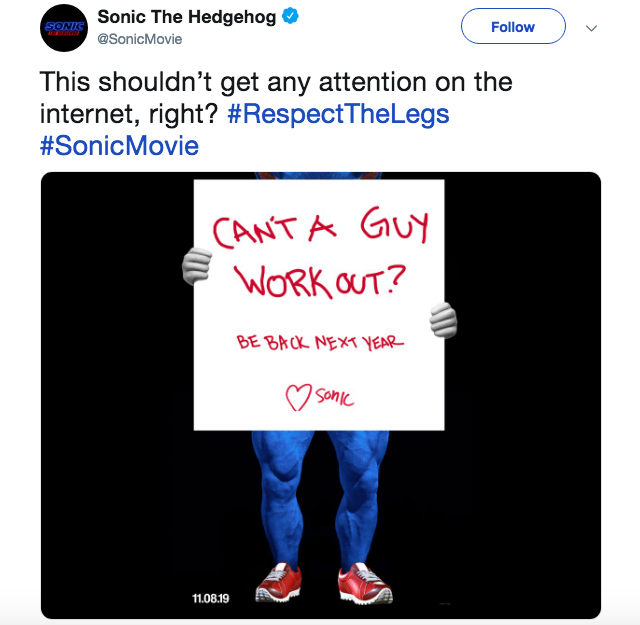 Now, whether or not the “Be back next year” is in reference to some kind of ‘back to the drawing board’ style redesign for the character remains to be seen, but that’s likely mere wishful thinking.

Sonic the Hedgehog is to be directed by Jeff Fowler, and will star Ben Schwartz as the voice of the beloved videogame mascot, alongside Jim Carrey, James Marsden and Neal McDonough.

John Mulaney Has Already Pitched A Spider-Ham Movie, ‘Like Spotlight, But Family-Friendly’