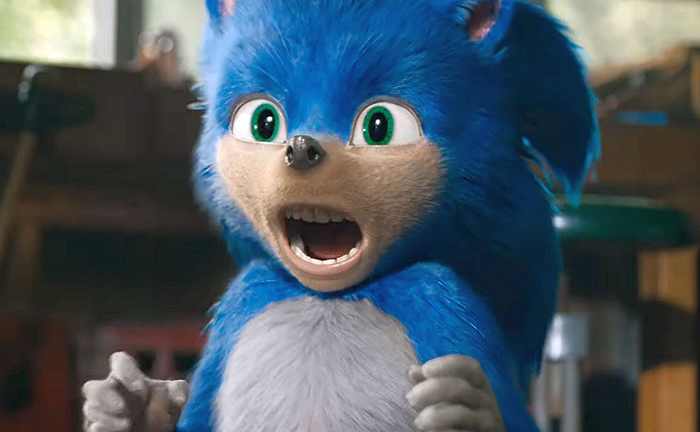 The trailer for director Jeff Fowler’s Sonic the Hedgehog movie dropped a couple days ago, and as you’ve no doubt heard, the internet’s reaction was swift and harsh.

And, in a shocking turn of events, it seems the folks over at Paramount have taken notice.

The trailer, which currently has 455,000 dislikes on one upload on YouTube alone, prompted widespread mockery and revulsion as it revealed the movie’s redesign of Sega’s beloved gaming mascot. Fans mercilessly criticised and mocked everything, from the new design’s weird, human proportions, to its bizarre muscular legs, unsettling baby teeth, bizarrely-tiny clawed hands, and its dead, off-putting eyes.

And if Jeff Fowler is to be believed, changes are set to be made. In a statement to Twitter, he wrote: “Thank you for the support. And the criticism. The message is loud and clear… you aren’t happy with the design & you want changes. It’s going to happen. Everyone at Paramount & Sega are fully committed to making this character the BEST he can be…”

Now, it appears the clock is ticking. Sonic the Hedgehog does still have seven months until its release, which is ample time to alter the character model into something more palatable, but it remains to be seen just how much of a pivot the flick will attempt. In the meantime, plenty of fans have taken to attempting to fix the character in Photoshop.

Sonic the Hedgehog is set to race into UK cinemas on the 26th of December, 2019.