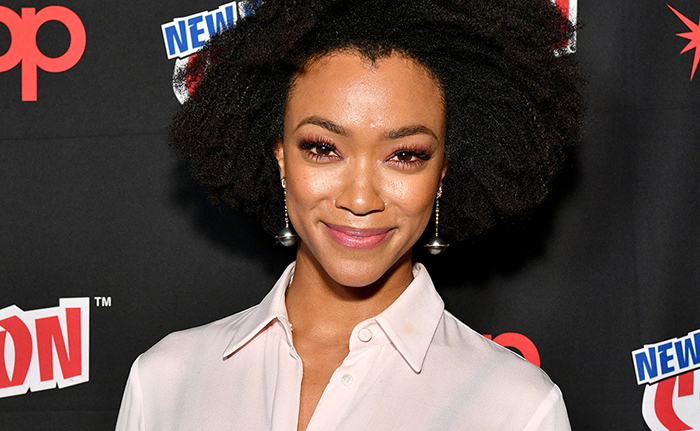 Martin-Green joins the already-cast LeBron James, and will purportedly portray his wife in the forthcoming live-action/animation hybrid sequel.

A Space Jam 2 has been rumoured since 2015, when LeBron James and his company (SpringHill Entertainment) signed a deal with Warner Bros. Back then, director Justin Lin (Star Trek Beyond) was reportedly in negotiations to helm the feature for a 2016 release, but that deal never truly materialised. Lin will now executive produce the sequel alongside Black Panther’s Ryan Coogler.

The 1996 original made $230 million at the global box office, and starred Michael Jordan – following as he teamed up with the Looney Tunes to play an intergalactic game of basketball against a villainous gaggle of hyper-capitalist aliens who sought to enslave Bugs Bunny and his friends. It also featured the greatest cameo of all time.

Space Jam 2 has been pencilled in for a July 16th, 2021 release. Sonequa Martin-Green can currently be seen in season two of Star Trek: Discovery, airing weekly on Netflix, here in the UK.

Yamasong: March of the Hollows