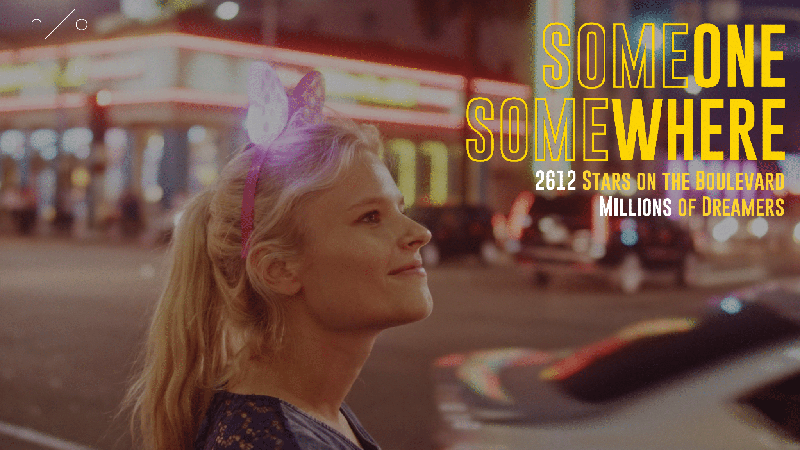 Directed by Hannu Aukia and Jaakko Manninen, Someone Somewhere follows a new transplant Milla, a young Finnish actress and a mother who has her one last shot at making her dreams happen.    Faced with a choice between her dream and her happiness, she experiences first-hand the untold story of the millions of dreamers in LA. She befriends Alexis, a homeless writer who wants to redefine what the transgender experience is through her script – and maybe make something of her life. Kentrell works on comedy videos with a partner he is falling in love with, while Miska is so ashamed of his failing stand-up career that answering her mom’s phone calls is out of the question when Sarah comes along and gives Miska a chance to prove himself. Together, all of these characters paint a picture of Hollywood that has never been seen before.

“We wanted to tell a story that is true to the Hollywood we saw and lived everyday – which is very different from the Hollywood of La La Land and the like. We shot the film mostly around the few blocks from where we lived on McCadden Place and Sunset Boulevard – filling the film with real stories of our friends and colleagues. We felt that we had to make a movie that redefines what success is and how just being part of LA can be such a beautiful thing, as long as you find your people to enjoy the ride with. And how it’s a lot easier if you believe that success is not your only option.” – said Hannu Aukia.

Someone Somewhere is set in the true Hollywood where the only spotlight is a malfunctioning streetlight, and the people least likely to make it are the most likely to give everything they got — for a chance to get a shot.

About Random Media: Random Media is a media company that acquires and distributes films on a worldwide basis through movie theatres, digital, cable and satellite platforms, television networks and conventional brick and mortar retail stores. Random Media’s extensive library includes such acclaimed films as The Landing, Killswitch: The Battle To Control The Internet, Fare, and Hoaxed.

Book to Film, ‘Being Dead’ Gets Digital Release Feb 16