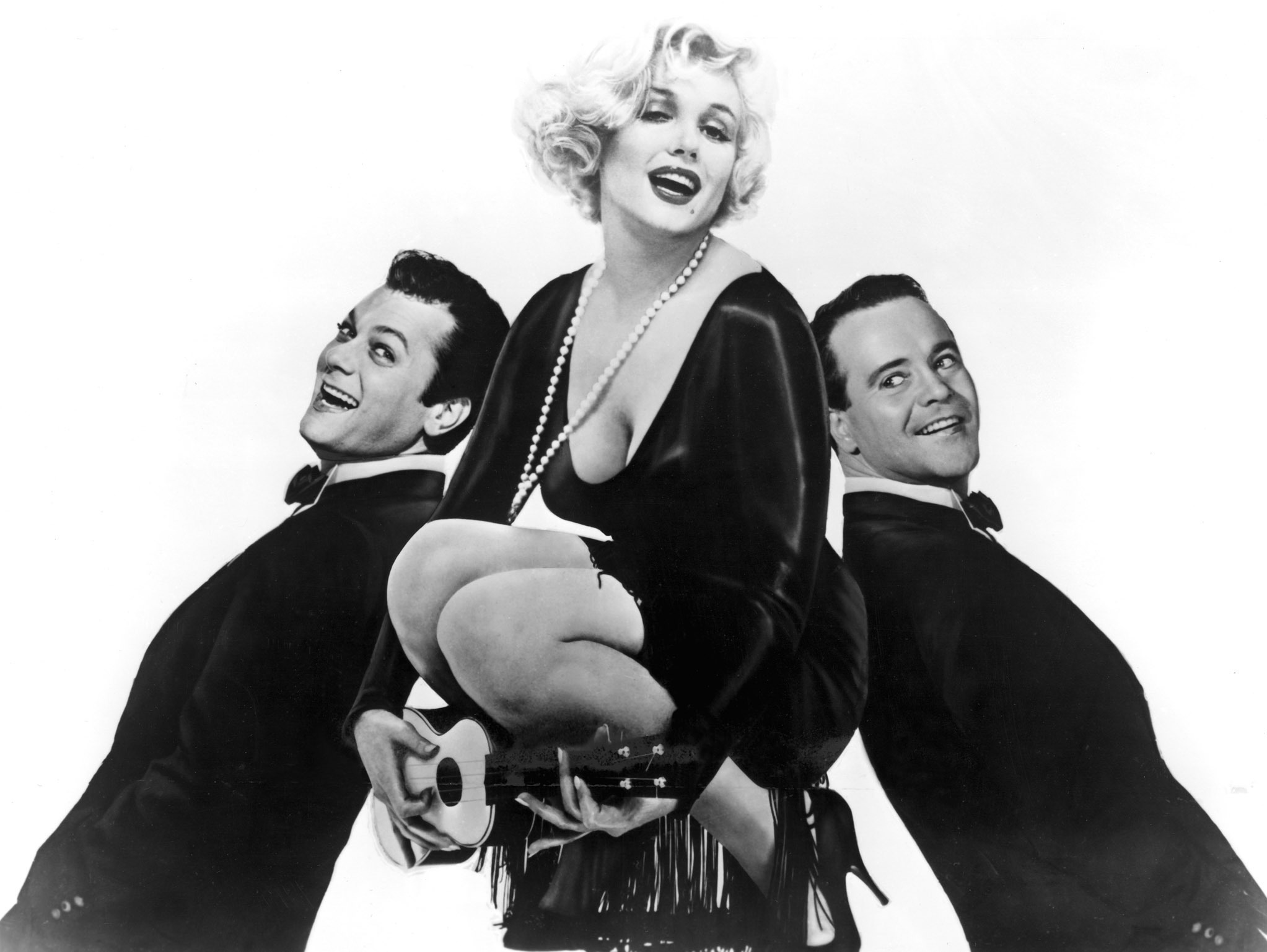 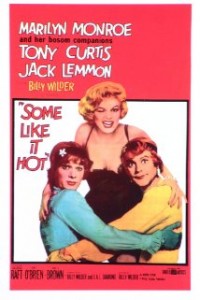 Director Billy Wilder, one of the greatest directors of the 50’s and 60’s can be accredited to have created perhaps the greatest comedy ever made, as well as directing, Wilder also co-wrote the screenplay for the film. Following earlier films such as ‘The Seven Year Itch’ and the classic ‘Sunset Boulevard’ was always going to be a tough task. However the resulting masterpiece is nothing short of comedy and movie perfection.

Utilising the talents of huge stars Jack Lemmon, Tony Curtis and Marilyn Monroe to their full potential both as actors and comedians, Some Like It Hot has a fantastic vibe and feeling, it’s a comedy typical of that era, however the acting talents on display transform the entire genre of screwball comedy in one go.

Having witnessed the ‘Valentine’s Day Massacre’ unemployed musicians Curtis and Lemmon, go into hiding from the mob responsible for the shootings. Typical storyline, yes? Well it would be other than the fact the pair go undercover as women and join an all female band going on tour. A band which includes the truly magnificent, Marilyn Monroe.

Dressed as Josephine and Daphne, the pair try and stay low. However ‘Josephine’ (Curtis) begins to fall for Sugar Kane (Monroe) and ‘Daphne’ (Curtis) is courted by rich suitor Osgood Fielding III. The pair’s original plan begins to unravel as they fall deeper into their respective characters.

The fantastic back and forth between all of the characters, even smaller parts such as Osgood, create a brilliantly fun atmosphere. The ingenuity of the writing and the actors is fabulous, with Daphne not wanting to hurt suitor Osgood. Marilyn Monroe is also radiant and clearly in her prime with this film, coming out with some memorable quotes and scenes.

So after being completely unbiased towards the film there are a few negative points, it’s too funny for its 2 hour running time, too much moves on quickly. It’s one of the films where you would be enjoying it too much to notice its length. As well as that the soundtrack isn’t fantastic bar a few funny band moments the music they play could have been more suiting and comedic.

An unbelievably funny film, those who watch it and wonder why it’s held in such high regard have clearly become brain-dead due to exposure to awful comedies such as Bruno and the recent Sex and The City 2.

Some Like It Hot is a true classic and apparently Everyone Likes It Hot and will do for a long, long time.