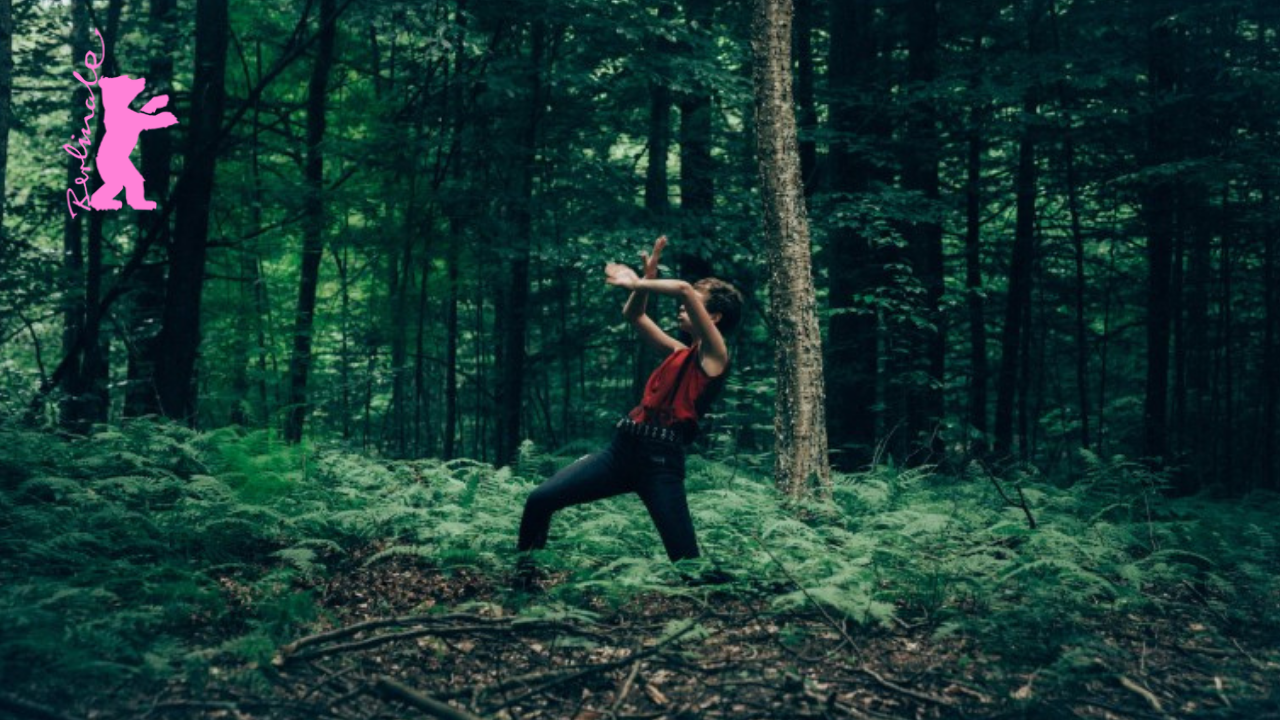 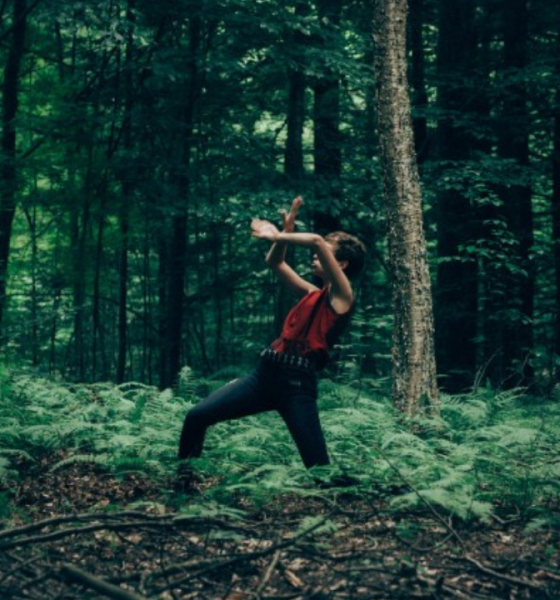 As surreal as it is oddly serene, Denis Côté’s socially distanced tragicomedy Social Hygiene is a fun way to spend seventy-five minutes of anyone’s time.

Antonin (Maxim Gaudette) is a bit of a dandy. He has a way with words that could have made him a famous writer, but instead mostly serves to get him out of trouble. Torn between twin urges to be part of society and also to escape it, his charm and wit are put to the test by five women who are about to lose their patience with his live and let live attitude: his sister, his wife, the woman he desires, a tax collector, and a victim of his mischief.

Marrying a contemporary setting with classical costuming and a narrative and dialogic mode that feels freshly-inked from the pen of Shakespeare or Chekhov, Social Hygiene marks one of the most playful responses to the severity of the pandemic that we have seen yet. Adhering to social distancing guidelines, Côté makes the interesting decision to use spatial separation and camera location to convey the physical intimacy and severances between malcontent Antonin and his many sources of woe.

When we first meet Antonin, he and his sister Solveig (Larissa Corriveau) are stood apart in a field beneath a portentous sky. Solveig is, by Antonin’s own admission, ‘agile as a kitten’. She is also tired of her brother’s self-pitying monologues and ashamed of his condescension to thievery and crookery. Whilst she stands in a Regency-era dress, hands-on-hips in a near static image of infuriation, Antonin gesticulates in place in a drole black outfit that seems neither modern nor classic – he is a man very much out of time and place we perceive. The siblings’ physical distance is captured in a painterly manner by DoP François Messier-Rheault, who takes Côté’s verbose screenplay and evokes its mood and tone through a series of tableaus that wouldn’t seem out of place in a gallery of the Romantics’ pastoral offerings.

As Antonin then proceeds to argue with his emotionally spent wife Eglantine (Evelyne Rompré), who would prefer ‘self-immolation’ to the prospect of bearing her husband’s children, and whose relationship with her increasingly estranged and adulterous partner makes the proposition of a trip to the seaside feel like a legitimate threat of a good time, the camera comes in closer to the pair to parse the distance their bodies no longer lack the drive to bridge. It’s a reasonably simple, unsubtle cinematographic flourish, but it reminds us that even in ‘these COVID times’, a little invention can go a long way.

Antonin then journeys onwards, failing to make any meaningful progress with his mistress Cassiopée (Eve Duranceau), who wishes for her illicit lover to stop talking about being a filmmaker and actually become one so that he may love her as truly as she claims to love him. “You’re not a slug! Be a man!” she bellows, to no avail, of course. Beyond winding up in a surreal dance-like fight with an unnamed love rival who is stood in silent judgment at the back of the shot (‘It is sexy’ thinks Cassiopée – it is nuts, thinks I), Antonin’s encounter with his mistress is much-of-a-muchness as that he had with his wife. Repetitious diatribes are an Achilles heel of Social Hygiene. Still, thankfully the film’s kindly 75-minute running length and Gaudette’s eminently watchable leading turn make this a forgivable sin, even if a sin nonetheless.

Antonin’s run-ins with Dolores Umbridge reminiscent creditor Rose (Kathleen Fortin), whom he dubs a ‘racist shrew’ as we learn our lead has some ethics to go with his few morals, and with Aurore (Eleonore Loiselle), the woman whose laptop and leather jacket he stole three nights prior, offer a little more tonal variance. Still, such is the film’s brevity that the lack of any real depth in these encounters is very much in keeping with the film’s DIY style. Watching Loiselle cavort around to ‘Kiss Me Until My Lips Fall Off’ is about as kinetic as the piece ever gets but is a real highlight that promises to stick in the mind.

Ultimately, Social Hygiene makes no qualms in admitting what it is – a fun and fancy-free response to COVID restrictions, shot on a shoestring budget with a band of talented creatives who are game for a bit of cinematic theatre. Though the intrusive diegetic presence of moo’ing cows and passing traffic does threaten to give you an aneurysm at certain points, what Côté and his collaborators have created here is an enjoyable and inventive distraction from current events.