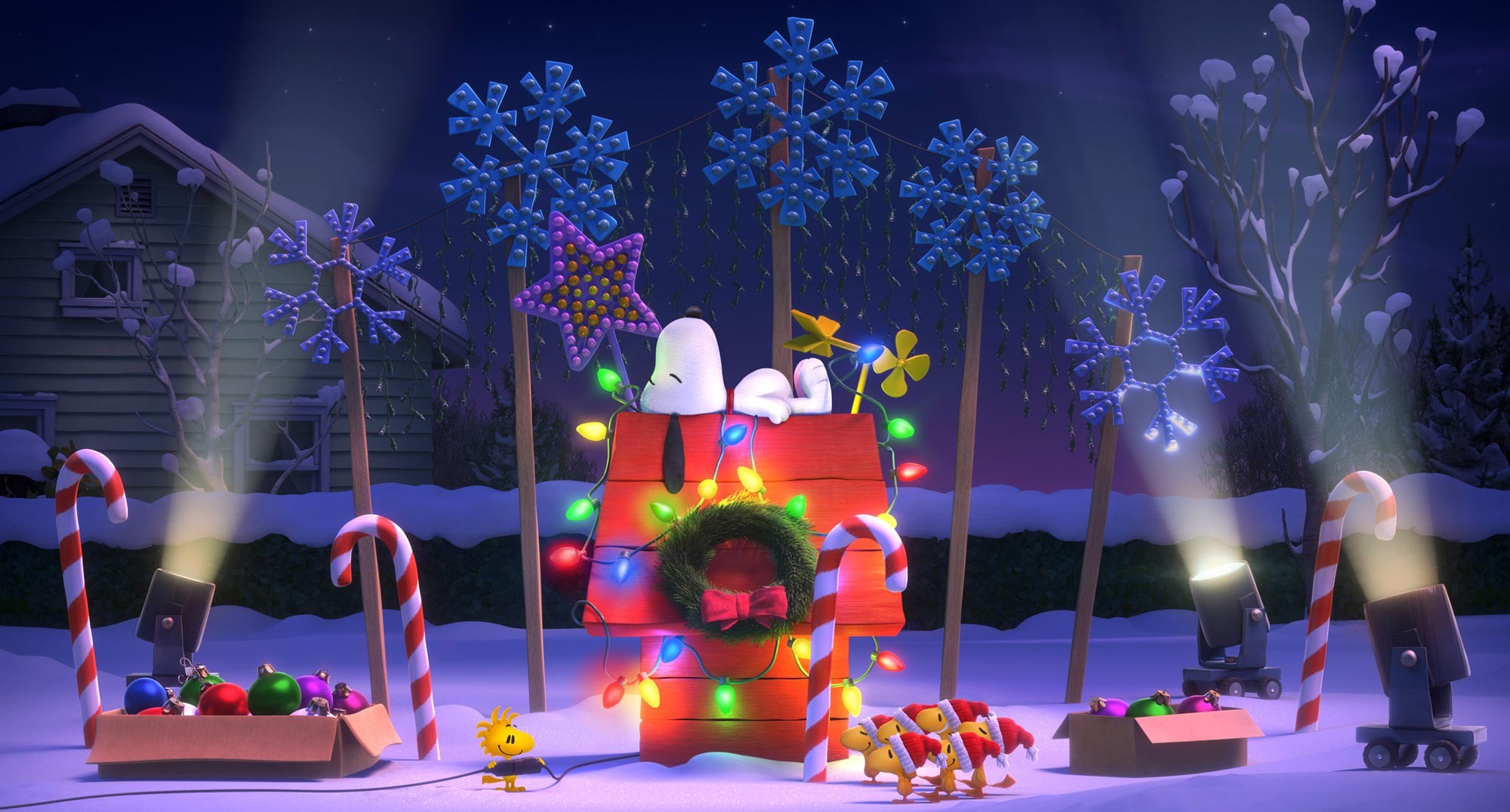 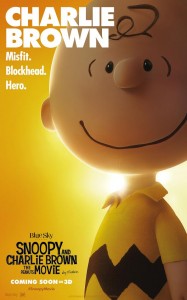 The thing about Peanuts is that it’s meant to be a comforting, nurturing type of experience while at the same time providing something of a profound simplicity to the themes it desires to tackle. It’s kind of like the Pixar movies, but flat instead of three dimensional and computer generated. With The Peanuts Movie though, director Steve Martino (the last Ice Age movie) looks to bring Charlie Brown and his gang into the twenty-first century as they are presented in computer animated 3D. Fortunately, this doesn’t seem to have changed the sweet and simple mentality the comic strip by Charles Schulz always took on. The characters and their world have been updated in no apparent way-they all still play outside by trying to fly kites or ice skating, there is no modern technology and even many of the same story beats we’ve seen before in the holiday specials that air every year are present here. I largely only have those specials to refer to as I’m of the odd generation that was too young to get hip to the comic strip when it was in it’s newspaper prime (despite still running in syndication today) and am too old to have any genuine interest in this new movie. Still, it seems a childhood in America wouldn’t be complete without having seen It’s the Great Pumpkin, Charlie Brown, A Charlie Brown Thanksgiving or the original A Charlie Brown Chistmas at least once. Given this was my only frame of reference walking into the 2015 version though, it seemed like little more than a cash grab given it was being presented in 3D and released just as the Holiday season was upon us. Of course, capitalizing on nostalgia has become big business since the social media age took hold of our culture and everything is suddenly worth a second look, but given the age and importance that the Peanuts brand carries with it this somehow felt more risky, more greedy, more capable of destroying real childhoods. Given it’s mostly more of the same I doubt this will offend anyone, but in fact it will likely do the exact opposite and resurrect all the feels these characters originally inspired regardless of generation-heck, it may even inspire a few children of our newest ones.

The Peanuts Movie in essence, gives viewers exactly what they expect if they have the pool of knowledge that enables them to expect anything at all. We are re-introduced to each member of the gang including Charlie Brown, Snoopy, Lucy, Linus, Peppermint Patty, Schroeder, Pig-Pen as well as a new character strictly known as “The Little Red-Haired Girl” that quickly captures the attention of Charlie Brown. Charlie Brown, who of course is known as the world’s most beloved underdog, undertakes the seeming insurmountable task of talking to the little red-haired girl as he can hardly describe the feeling he gets when catching a glimpse of her. Charlie Brown enlists the help of not only his best pal Snoopy, but that of Linus and the remainder of the gang in different ways to come up with ideas of how he might be more impressive to the little red-haired girl, but naturally most of these tend to come up short or not as Charlie Brown expects them to. The driving force of the narrative is Charlie Brown following the steps of a “Top 10” guide given to him by his “psychologist” Lucy. Charlie Brown goes through this ten step process embarking upon such epic and heroic quests as learning how to dance, developing a talent for the school talent show while unexpectedly falling into the role of hero for a task he might not have necessarily accomplished. All of this is happening in correlation with Snoppy’s own adventures that see him taking to the skies to pursue his arch-nemesis, the Red Baron. Like most Charlie Brown stories, this is a story about overcoming the odds even when they consistently seem to be stacked against you while keeping your strong morals and character in check along the way.

To be honest, I was slightly apprehensive before walking into the film. It has been some time since I’ve actually sat down with the intent to watch a Peanuts special and the thought of enduring whatever this new incarnation might bring for an hour and a half felt daunting. I was sure I would become bored fast. I mean, the comic strip was known for it’s four panels. The specials are beloved because, among other reasons, they repeat the same gags within the span of twenty-five minutes. How would this formula be sustained when you tack on another hour? Well, Martino and his team at BlueSky Animation have decided not to stray too far from that formula and have more or less repeated the same pattern two more times in order to reach a feature running time. This might sound as if it would make for a rather monotonous experience and that isn’t to say the film can’t be exactly that, but the characters and what they stand for still tends to be so endearing that it’s hard to find fault in their persistence. Through the aforementioned sequences such as the school talent show, the school dance or an assembly where Charlie Brown is forced to make a crucial decision we come to know these characters more for who they are in a human sense rather than the archetypes we expect them to be given the sixty-five years worth of canon there is to reference. Of course, all the trademarks of anything you might particularly love about these characters and their adventures are still intact, but the one thing the film needed to succeed was to be able to sustain audience interest in these characters for a longer period of time than had ever been attempted before and in this regard, while the Snoopy/Red Baron stuff comes off a little desperate, Martino and his team largely succeed. As always, we end up rooting for Charlie Brown to learn as much from his failures as we do for him to win one every now and then.

There isn’t much more to say about a film that embraces the simplistic and has ambitions no bigger than teaching it’s young and impressionable audience about responsibility and honesty. The animation is gorgeous as it melds the traditional, flat animation of the comic strip with that of the modern three dimensional computer animation in a way that doesn’t violate the classic style, but still adds layers that we haven’t seen before. I didn’t see the film in 3D so I can’t speak to how well it translated in that format, but every classic scenario in which you’ve seen these characters before is given the big screen treatment and, if nothing else, it’s wonderful to see these, what are thought to be characters of yesteryear, in bold, bright colors with shades of more than one dimension. While the visuals are on point and the story is standard Charlie Brown-which again, is fine, because we’d complain if it wasn’t representative of these characters fans have loved for so long and know so well-it is the choice to not try and update the environment or these characters in any kind of fashion that really makes you appreciate the film in the end. Much like the holiday specials do when they come on around this time of year, The Peanuts Movie incites a sense of innocence and childlike wonder that even many animated children’s films these days tend to lack. Concerned with appealing to both children and their jaded parents studios have resorted to being too meta or hip for their own good while going after the laughs with little more than goofy, bodily humor. Broad seems to be the only guarantee for at least a few butts in the seats. By cashing in on a property that is still largely relevant for the feelings of nostalgia and comfort that it induces though, BlueSky has both honored Mr. Schulz in a respective manner while reminding audiences of why so many people have fallen in love with Charlie Brown and his friends over the years.

In the Heart of the Sea