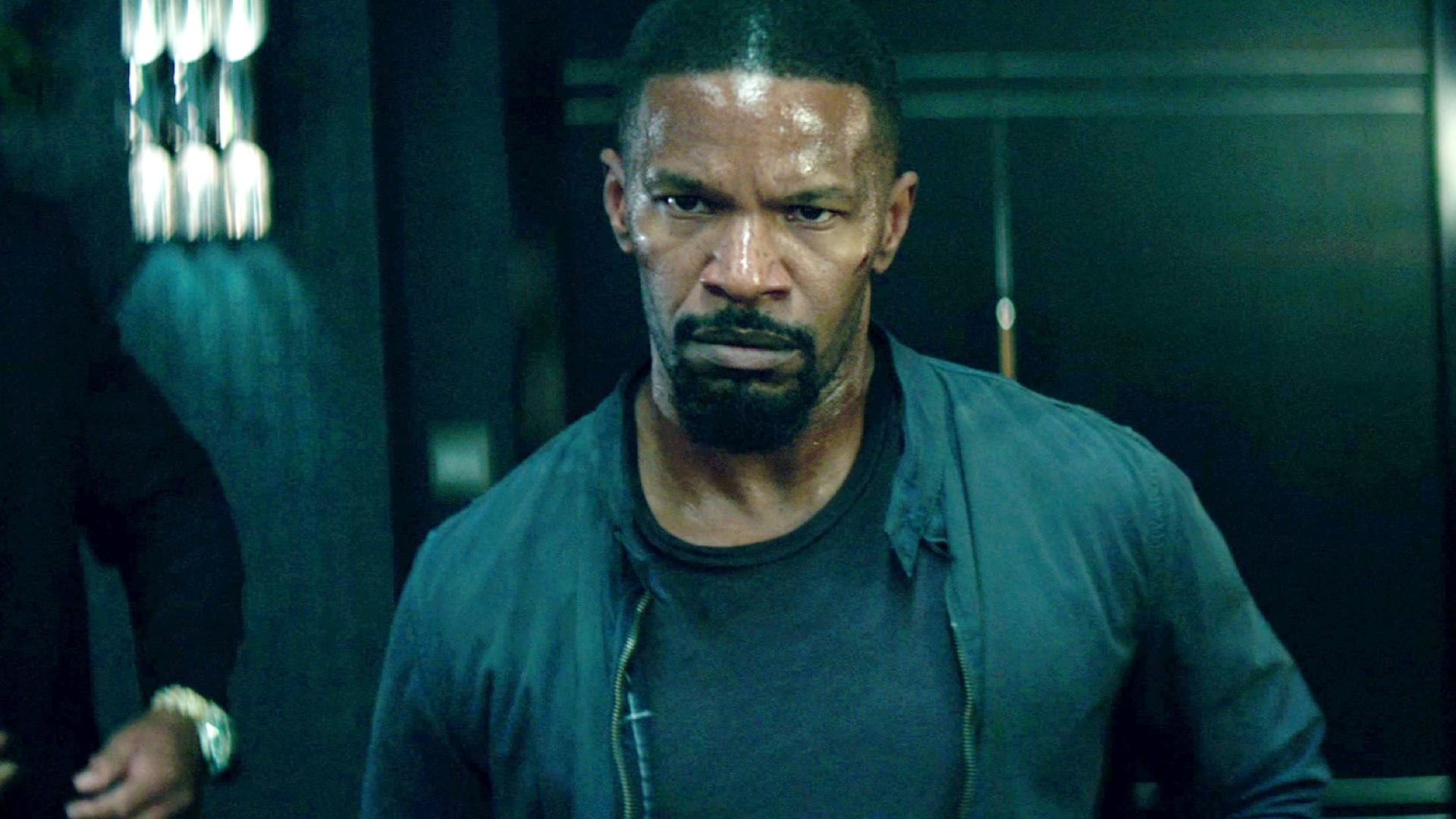 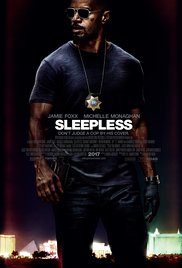 Is Jamie Foxx a star? It’s a question you’ll ponder more than once during this nuts n’ bolts “one night only” crime thriller, in which a corrupt cop must make amends to a local crime boss in exchange for the return of his kidnapped son. That his on-screen son, frankly, has no interest in being Foxx’s son, or even sharing the screen with him, somehow perfectly sums up Sleepless. If you’re the kind to kick a film when it’s down though, it’s also faintly amusing that – despite being a remake of French thriller Sleepless Night – Sleepless bears an uncanny similarity to Tyrese Gibson’s long-forgotten vehicle, Waist Deep. And here’s the rub: Tyrese carried his better.

Sure, Sleepless sports an admirable set of names – rising star David Harbour turns up, as does Scoot McNairy, the seemingly forgotten Michelle Monaghan, and walking monument to 2007, T.I. – but it falls back oh so readily on a tired storyline that can’t muster up the twists it really needs to become compelling. Not helping matters is that Foxx himself doesn’t quite cut the mustard as an investible dirty cop lead. Swinging from down-and-dirty crooked cop to a would-be sympathetic absentee father with apparently no notion of a middle ground, it’s a far cry from, for instance, Denzel Washington’s infinitely more memorable Alonzo Harris.

McNairy arguably walks away the film’s champion, his scenery chewing antagonist a surprisingly engaging villain amidst a film that appears to be visibly striving to be as unengaging as possible. Straight Outta Compton co-writer Andrea Berloff would largely be at fault for this, her screenplay utterly missing the mark for any conceivable sense of suspense or investment, to say nothing of the story losing any erstwhile bite whenever it apparently forgets that it’s taking place in the real world and resorts to having it’s discretion-heavy characters launch into crowd-destroying shootouts and rather public mass executions.

To be fair to Swiss director Baran bo Odar, his energetic flair is easily Sleepless’ most triumphant asset – injecting a much needed sense of consistency into a film which otherwise has none to speak of. It’s not quite enough to hold it together though, and the result feels ultimately like the sort of DTV offering you often see people picking up in petrol stations after being duped by the questionable presence of an above-the-title star (see “Jackson, Samuel L.”). It’s the unlikeliest of outcomes however, but Sleepless manages to render its own title ironic – a bland and unengaging thriller that you could very easily snooze through without missing an awful lot.