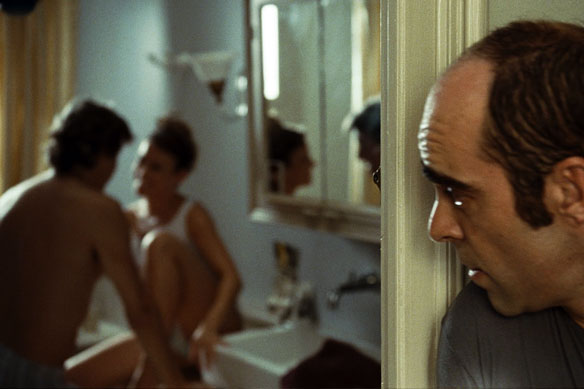 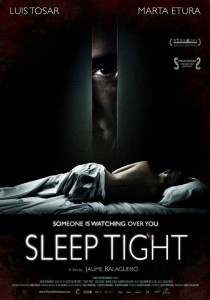 Taking a break from the [REC] franchise, director Jaume Balagueró tackles a slow-building thriller, which focuses on César (Luis Tosar), an apartment concierge who leads a miserable life and believes he’s not destined for happiness. In need of purpose, he decides to faze the apartments tenants, especially upbeat Clara (Mara Etura). César goes to disturbing lengths to make Clara’s life miserable but things get even more dangerous when Clara, to César dislike, gets romantically involved with someone.

Sleep Tight, which is completely set in an apartment block, is a skilfully crafted thriller. Balagueró effortlessly works the camera in a confined space and builds up tension to a satisfying level but, even though the suspense is effectively portrayed, Sleep Tight utilises common scenarios to heighten its atmosphere and, unfortunately, once the script divulges César’s mindset and fully reveals his doings, the film turns more distasteful than uneasy.

Luis Tosar, however, has the presence to keep you captivated from the get-go, his varied characteristics are masterfully handled, and Mara Etura conveys enough innocence to sympathise with.

Sleep Tight depends heavily on Luis Tosar, his performance is worth the watch alone but, while the film is occasionally sluggish, there’s no denying it has its memorable moments.