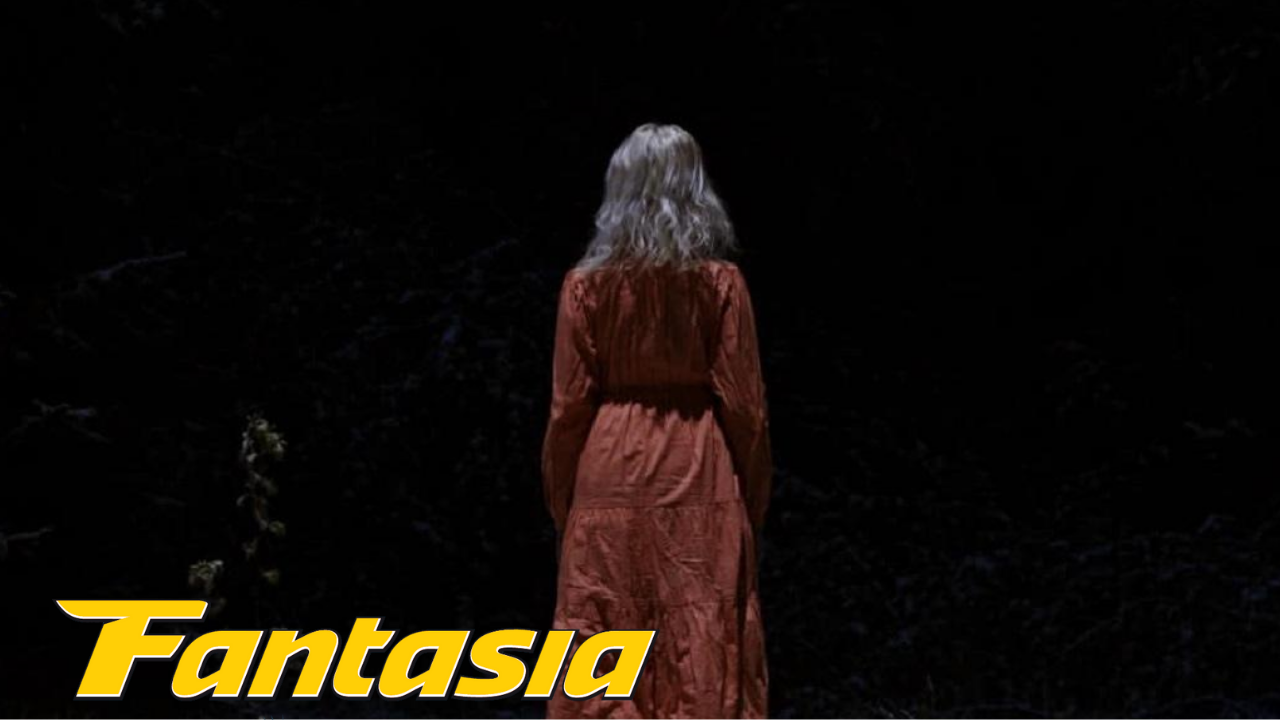 Having endured a life of nightmare-filled nights, Marlene (Sandra Hüller), a flight attendant and a single mother, decides to confront the subject of her recurring dreams and visit the location she keeps seeing in the visions. Upon her arrival to the desolate Sonnenhügel Hotel, Marlene falls into a comatose sleep, and now it is up to her daughter Mona (Swantje Kohlhof) to figure out the source of Marlene’s mysterious affliction.

Taking clear inspiration from Kafka and Lynch, Michael Venus fuses generational pain and collective trauma in his inordinately bold debut, finding horror in the seemingly unlikeliest places. Sleep is set predominantly in a small, ominous German village, filled with strange locals and their uncanny traditions – an absolute nightmare for any foreigners unlucky enough to tread these paths. Ostensibly, it’s not a mere coincidence that, from the very beginning, Venus is more interested in the German countryside as an antithesis of German collective guilt in lieu of a single source of supernatural phenomena.

Terrifying history repeating itself is an essential topic for Sleep, fitting very much in line with the social horror tendencies of recent years. However, instead of a clear focus, Venus chooses grandeur and superfluous complexity, losing some of the significant impact in the process. Its ambiguity is at once profound and incoherent due to the sheer number of subplots, exposition, and backstories for the relatively short runtime. Nonetheless, the elements that work here do so without a hitch, effortlessly evoking dread and unease during some of the more tense narrative twists.

The central “mother/daughter” dynamic is particularly impressive, largely thanks to the committed performances from Sandra Hüller and Swantje Kohlhof. The sense of duality and connection runs through this familial bond, enhancing generational parallels and shaping the film’s dominant theme of cultural and metaphysical burden.

Narratively complex and thematically bleak, Sleep could be a rather difficult film to decipher in its entirety. The director opts for a layered, puzzling narrative, all the while incorporating a starkly tricky subject matter – an admirable feat for a debut – but the individual pieces never quite fit together. It’s an uncompromising, bold feature with a clear vision that gets slightly lost along the way.