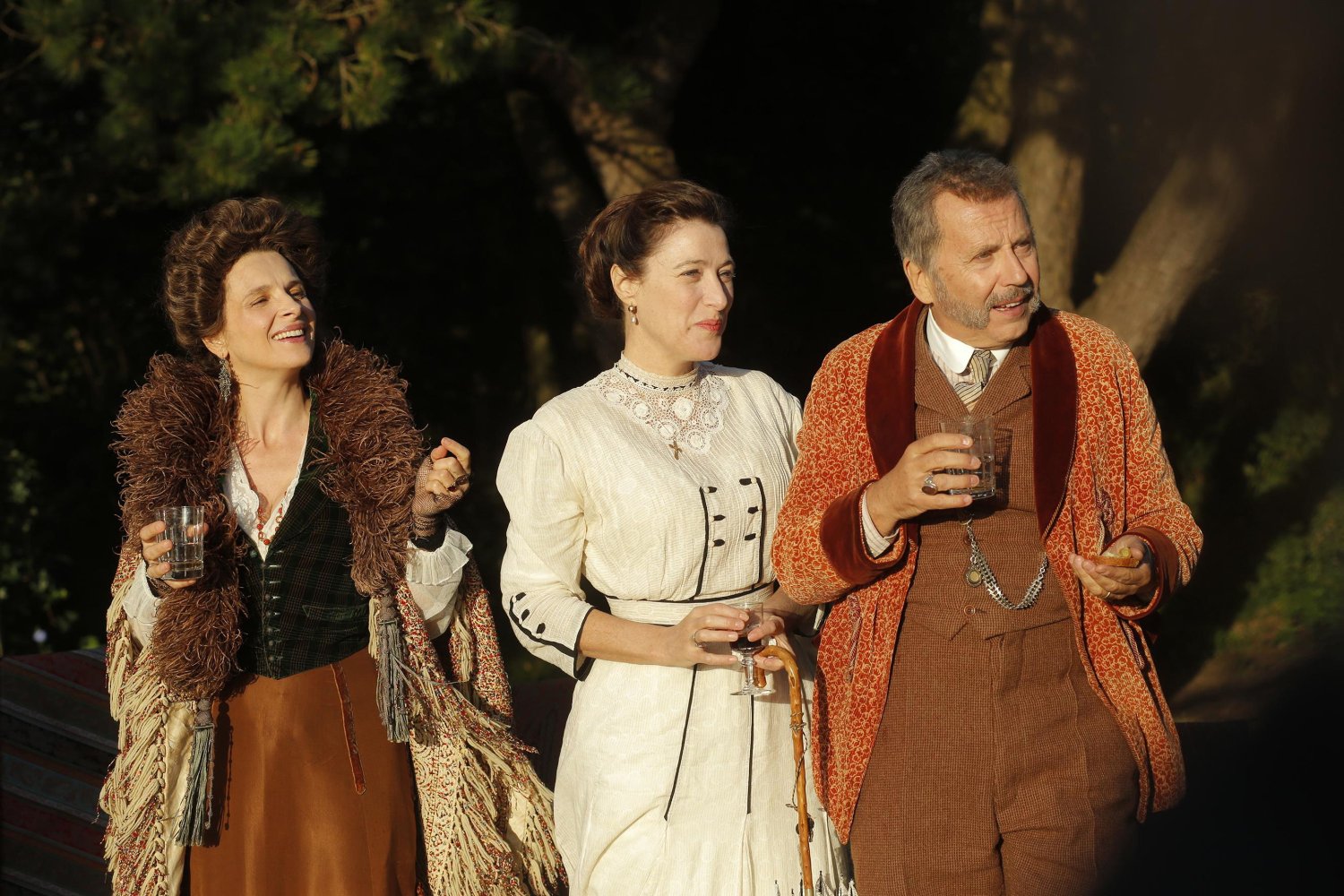 A surreal sensibility can go a long way, but its to a point that’s squarely in the rear view mirror of Outside Satan director Bruno Dumont as this madcap comedy slips further and further from his grasp as it creaks from its opening to the closing reel. The story of a bourgeois family vacationing just as a series of disappearances strikes their getaway spot (the titular Slack Bay), what ensues feels initially like a Wes Anderson movie stripped of creative discipline, but ends two hours later instead as a humdrum hawking of pseudo-hilarity you’d much rather forget.

Juliette Binoche is the biggest name to be found here – her Aude Van Peteghem treated by the writer-director as some sort of breakout character yet dialled up far too much to be received as anything other than an annoyance. Meanwhile, would-be lead Brandon Lavieville strives to craft some kind of iconic and blackly comedic creation with his performance as central serf, Ma Loute, though his efforts are stifled from minute one by an unrestrained director who refuses to let characters breathe when he could just as easily squeeze in yet another extraneous and unexplained plot development destined to feature in an imagined YouTube supercut edited to the Benny Hill theme.

For each moment that Slack Bay attempts to draw you in with what should be its central storyline (the disappearances Ma Loute is orchestrating out of spite), it swiftly undoes such effort with yet another diversion to the surrealistic and cartoonish territory that will genuinely begs the question of why Dumont didn’t make his first outright animated effort instead. That literally none of it is interesting then is the unfortunate cherry on top of this mess, a painfully drawn-out two hour debacle that neither entertains nor dramatically satisfies, and feels stylistically unengaging and creatively ramshackle to the bitter end.

Whitney: Can I Be Me