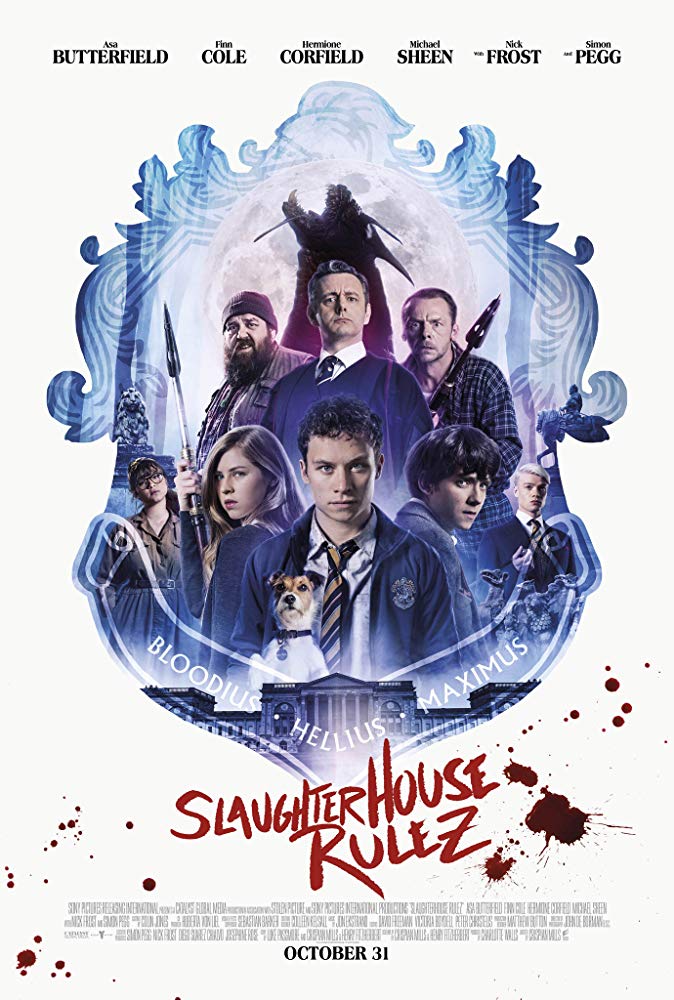 A dynamic duo which headlined the delicious Cornetto Trilogy consisting of Shaun Of The Dead, Hot Fuzz and The World’s End.

Whilst they might not be as tight-knit here, the promise of Simon Pegg and Nick Frost sharing the screen again will likely entice audiences to ‘Slaughterhouse Rulez’. In the fun-filled first trailer released by Sony Pictures today. We get a glimpse of the elite boarding school ‘Slaughterhouse’ attended by pupils Asa Butterfield, Finn Cole and Hermione Corfield, with Pegg’s Meredith Houseman and Michael Sheen’s The Bat hamming it up as the teachers, as they become locked in a fierce battle for survival when unspeakable horrors emerge from the ground.

The film is released in the UK this Halloween.

‘The Miseducation of Cameron Post’ Gets A Fresh UK Trailer/Poster