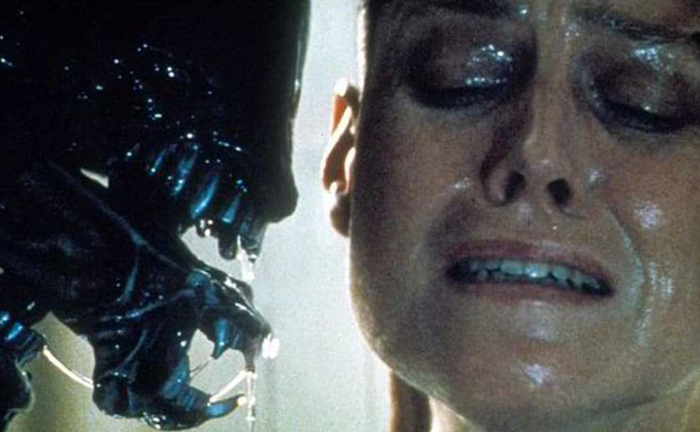 The teens who put on the production at North Bergen High gained international acclaim for their incredibly detailed sets and costumes, all made from recycled materials.

“I am so excited to be here! I am representing all of the Alien fans, all over the universe who think what you’re doing is so cool,” Sigourney Weaver told the drama kids, backstage.

The film’s director Ridley Scott also wrote a letter to the cast and crew of the production, saying: “My hat comes off to all of you for your creativity, imagination, and determination to produce such an ambitious show. Limitations often produce the best results because imagination and determination can surpass any shortfalls and determine the way forward — ALWAYS.”

Scott personally provided the funds to put on the encore performance, and went on to jokingly suggest the students perform an adaptation of his Oscar-winning Gladiator next year.