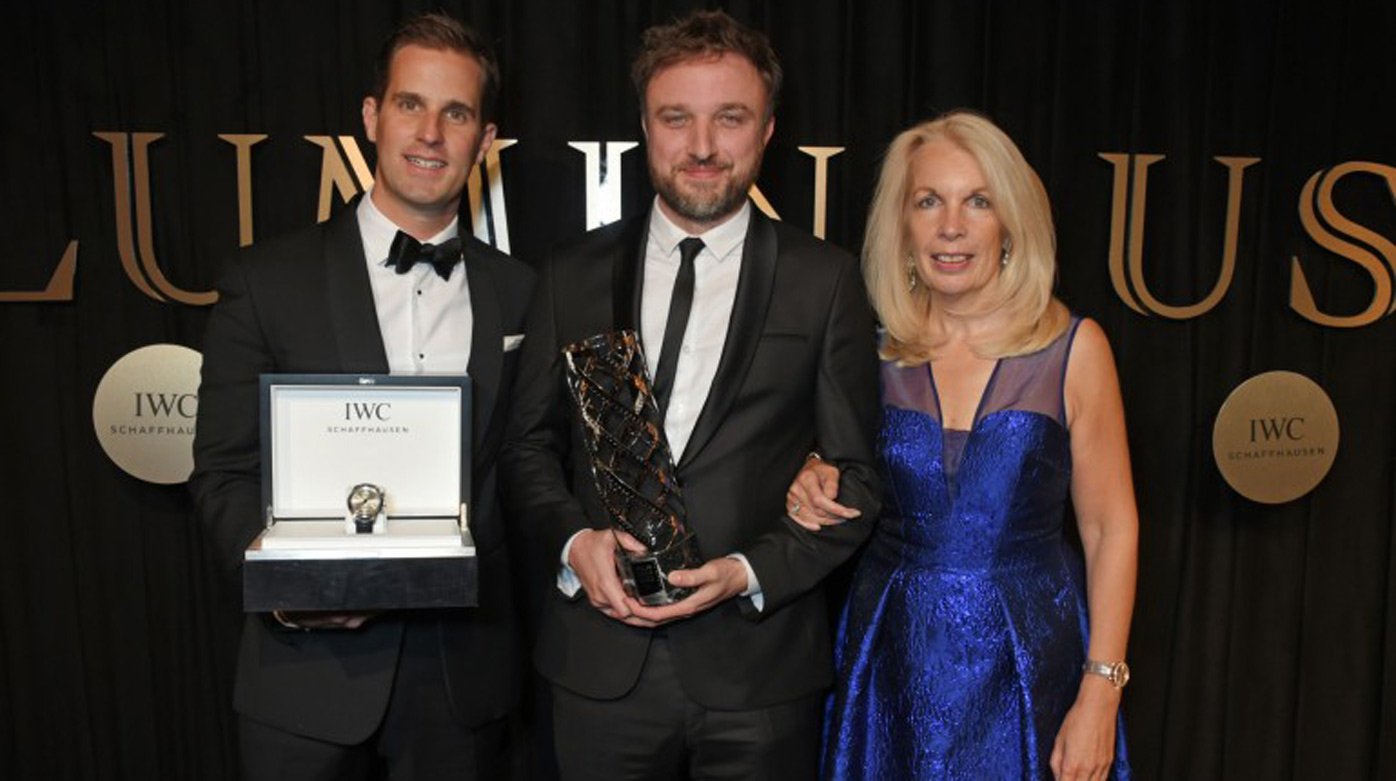 The BFI and IWC Schaffhausen today revealed the three filmmakers shortlisted for the IWC Schaffhausen Filmmaker Bursary Award in association with the BFI. At £50,000, it is the most significant bursary of its kind in the UK film industry, expressly designed to support the future careers of exceptional new British film talent.

Acclaimed directors, Paul Greengrass (Bourne, United 93, Captain Phillips) and Edgar Wright (Shaun of the Dead, Scott Pilgrim vs. The World, Baby Driver) will join Amanda Nevill, CEO of the BFI and Christoph Grainger-Herr, CEO of IWC Schaffhausen, to select the winner, which will be announced at The IWC Gala Dinner in honour of the BFI, on Tuesday 9 October – the eve of the BFI London Film Festival’s Opening Night.

The shortlisted films include:

HARRY WOOTLIFF – WRITER/DIRECTOR, ONLY YOU

Now in its third year, the Bursary is presented in recognition of outstanding British talent at the beginning of their careers and is designed to support a writer and/or director by providing them with the financial stability and time needed to develop their creativity. The Bursary affords them the freedom to focus on future projects without the pressure of deadlines or the distraction of taking paid work – a precious and extremely rare opportunity for a filmmaker. Previous recipient include writer/directors, Hope Dickson Leach (The Levelling) and Daniel Kokotajlo (Apostasy).

Amanda Nevill, CEO of the BFI comments: “This Bursary award does so much to support some of our brightest and best new filmmakers and it’s not just about winning – as we’ve seen in the last two years, being shortlisted can prove hugely valuable in boosting a filmmaker’s profile within the industry and beyond. I want to thank IWC for their continued commitment to helping us support British filmmaking in this dynamic way. Our three filmmakers offer a rich variety of voices formed through a really exciting range of experiences and disciplines, and once again the judging panel faces a very difficult decision.”

A panel of senior industry figures – Rose Garnett, Director of BBC Films, Ollie Madden, Head of Creative at Film4, Ben Roberts, Director of the BFI Film Fund, Tricia Tuttle, Acting Artistic Director of the BFI London Film Festival, and Kaleem Aftab, film critic and journalist – selected the shortlist of filmmakers. To be eligible for the Bursary Award a writer, director or writer/director must be UK-based and have their first or second film in Official Selection at the BFI London Film Festival in Partnership with American Express®. Once again, the high calibre of shortlisted applicants is testament to the strength of British independent filmmaking and this year also highlights the intersection of film with other creative disciplines, with the three finalists each demonstrating a unique range of experience and presenting original work with a distinctive tone.

Ben Roberts, Director of the BFI Film Fund said: “The three shortlisted filmmakers are each poised to catch the wave of their current success – but feature development needs time and encouragement. We are so grateful to IWC for highlighting and supporting the work of emerging UK filmmakers – and also to the producers of our three candidates for getting them here”

Tricia Tuttle, Artistic Director of the BFI London Film Festival said: “In the last few years we’ve seen an impressive new generation of film talent emerging from the UK. We’re really proud of the role the Festival plays in championing this talent globally, and this Bursary is a key part of how we do that.“

The final three in contention for the IWC Schaffhausen Filmmaker Bursary Award in Association with the BFI are:

In 2017 the IWC Bursary Award in Association with the BFI was won by writer/director, Daniel Kokotajlo whose debut feature Apostasy premiered at the LFF that year. The film was released in the UK in July 2018 to widespread critical acclaim.