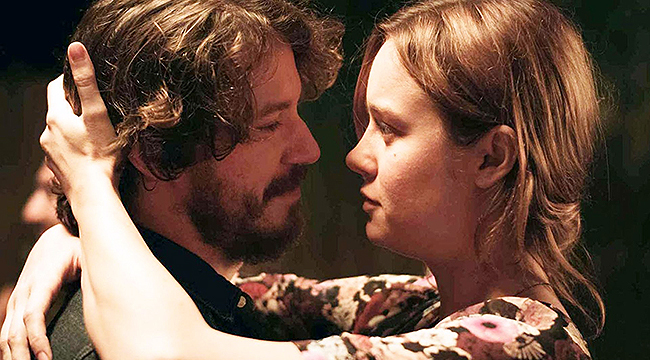 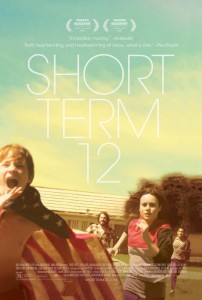 Grace (Brie Larsen) is a staff member at a group home for troubled youth. She struggles to balance the day to say drama while also dealing with her own personal issues that plague her.

The first scene in Short Term 12 really sets the tone for the rest of the film. Staff members Grace and Mason (John Gallagher Jr.) are helping to orient new employee Nate (Rami Malek) to life working at Short Term, Mason giving him a detailed recount of an mishap that involved a teen escaping while Mason was struggling with “plumbing issues”. The funny story is told with the backdrop of the not-so-funny facility behind them, a preview of the of humor blended with anguish concoction that will flow through the rest of the picture. The door flies open and out runs the predictable red-headed escape artist Sammy (Alex Calloway), and the couple springs into action to subdue him and calm him down. Back to work. The fading white cinder-block structure that houses these troubled teens is rich with authentic, complicated characters. Their struggles feel real. Your heart breaks for them as you are served with pieces of their past, what they have unfortunately experienced or are trying to work through. Abandonment. Neglect. Abuse. They all have a story. It never comes off caricaturish, nor does it feel so heavy that the film becomes a pure downer. You come away knowing quite a bit about the youth even given the short amount of time that you get to spend with them. And the occasional comedic moments are so well-timed, proving that some welcomed decompression.

The film could easily could easily be considered Brie Larsen’s coming out party. Possessing both natural beauty and obvious talent, she had appeared in other 2013 films Don Jon and The Spectacular Now but didn’t really get the opportunity to put it all out there like she does with her performance here. And she really delivers, bringing some honesty and nuance to her Grace character. She carries the weight of her own past and is able to leave it at the door and be there to support the teens who have gone through similar experiences. You see the burden of her past continue to strain her. You are reminded that there are many mistreated people in the world, people who don’t necessarily have the best memories to reflect on. But it doesn’t make them any less interesting.

Short Term is a little film with big emotions. Touching. Genuine. Impacting. Moving without being painful. Funny without being a mockery. Cretton is a good storyteller and strikes a great balance here. He should be on everyone’s radar for years to come.

Guardians Of The Galaxy