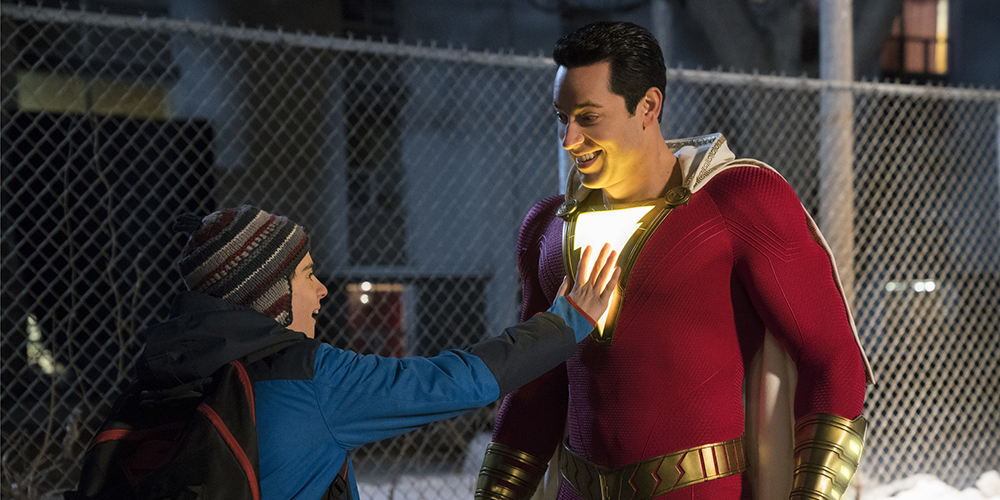 Well, we made it through a moping Superman, a moping Superman and a psychotic Batman, a grimdark team of sub-John Carpenter degenerates, two thirds of a half decent Wonder Woman flick, a version of the Avengers aimed solely at fifteen year-old boys who hate their dads and fishbro, so it’s not before time that the DCEU actually attempted to do something straight-up enjoyable. Go figure then that that one attempt would also emerge far and away the single most outright enjoyable entry of the entire canon. Whatever Shazam’s tagline may imply, it turns out the magic word for this franchise is actually “fun”.

The TL:DR remit is ostensibly Tom Hanks’ Big with superheroes – David F. Sandberg’s DC venture following foster kid Billy Batson as he’s imbued with the ability to instantaneously become an adult-age superhero by uttering the word “Shazam!”. But, for all the joy that comes of this new ability, naturally consequences must ensue – and ensue they do in the form of superhero reject Dr. Sivanna, who has vengeful designs of his own on Billy’s newfound abilities.

So as not to bury the lead; yes, Shazam! is far and away the most entertaining, engaging, and wondrous romp of the established DCEU canon to date. At times hilarious, at others moving and emotional, its success lies in the bedrock of early to mid-nineties New Line adventures such as The Mask, Surf Ninjas, and even the Teenage Mutant Ninja Turtles flicks. It’s unashamed to be so utterly ridiculous, and, by virtue of embracing that quality and simply running with it, you’re left with the kind of go-get-‘em ride you’ll only wish you’d gotten to see Superman partake in at some stage.

Aided immeasurably by a winning turn from Chuck star Zachary Levi, Shazam sports another feather in the cap of emerging young talent Jack Dylan Grazer – whose work in IT and the short-live series Me, Myself & I have set the stage nicely for gifting us a brand spanking new iteration of Fred Savage, an influence undeniable here. Mark Strong, meanwhile, indulges his penchant for comic book villains with a third go around that particular track, his established patois for the part so seamless audiences can almost be forgiven for taking him for granted by now. Alas it’s poor Asher Angel who gets the short shrift – his Billy Batson never as likeable or enchanting as his superheroic counterpart, and hindered further by a limited amount of screen time that indicates that division to be entirely intended. 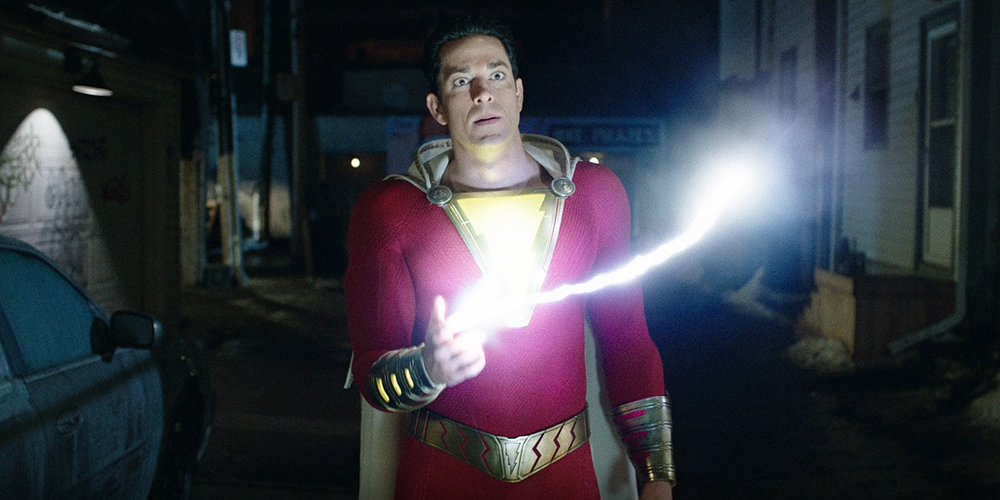 Sandberg provides the perfect energy for both the darker and goofier elements of the material here, with Goosebumps writer Darren Lemke injecting a frankly astonishing reverence for the whackier lore of days gone by that – when injected into a work as punchy and startlingly triumphant as Shazam! is – beggar belief for unmitigated nerve alone. Additionally, there’s an undeniable sense of providing an antithesis to the doom n’ gloom mentality of Man of Steel and Batman v Superman that almost makes those particular exercises worth having experienced in hindsight. Not fully – after all, you’ll literally never look at a woman named Martha the same way again – but almost.

A smidge overlong at a now genre-required two and a bit hours, Shazam! hooks you in from the opening reel and never lets up. It gets dark when it needs to, but utilises that darkness in the pursuit of pathos rather than simply for its own sake. It provides more than a few hearty laughs, though – despite the source material – never descends into being outright silly. Best of all, it offers up a long overdue vehicle for Zach Levi, whose overall likability has seen him remain a staple of a certain sub-sect of nerddom for more than a decade now.

Against all the odds, the DCEU finally has a jewel in its rusted crown. And one made up of its most ridiculous character to boot. A charming cast, a solid script, and a serious sense of adventure provide the aerodynamics, but it’s a sense of fun that sees Shazam! take flight and a willingness to indulge itself that sees it soar.