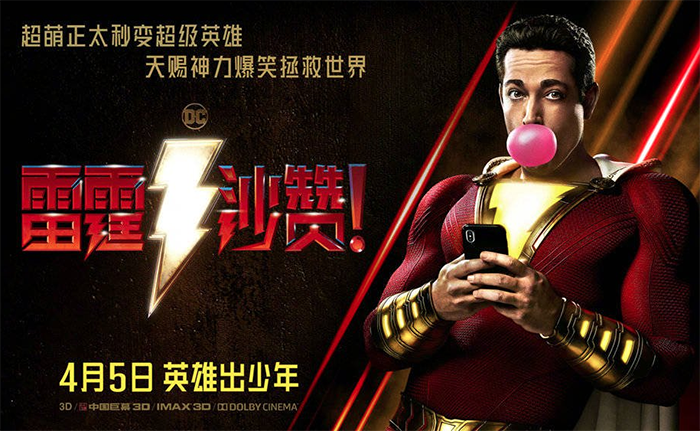 The feature will launch on April 5th in the Middle Kingdom, the same date as its domestic and UK release. That day also signifies the beginning of the Qingming Festival, also known as Tomb Sweeping Day – a national day of holiday, which was a significant boon in business for Ready Player One last year.

Shazam! is the seventh film in WB’s DC Extended Universe, and follows last year’s $1 billion+ smash success Aquaman. Based on the DC Comics character of the same name, the film follows orphaned teenager Billy Batson (Asher Angel) as he is imbued with the magical ability to transform into an adult superhero (Zachary Levi) by uttering the name “Shazam!”, and sees him face off against the evil Dr. Sivana (Mark Strong) who seeks to covet his power.