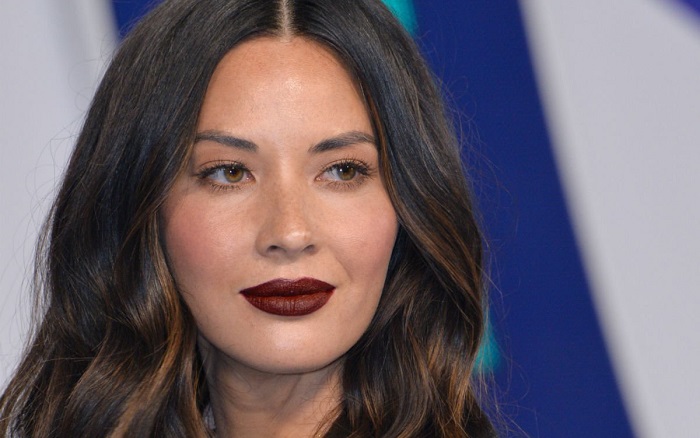 The irony is almost palpable.

Yes, it would appear that The Predator has been mired in some controversy surrounding the casting of registered sex offender (and personal friend of director Shane Black) Steven Wilder Striegel in a minor role as someone who leeringly hits on actress Olivia Munn’s character. Yeesh.

Striegel was convicted in 2010 of two felony crimes; risk of injury to a child, and enticing a minor by computer. He served six months in jail for attempting to lure a 14-year-old girl into a sexual relationship via the internet, and is a registered paedophile. The controversy arose over the fact that Striegel’s status was unknown to the film’s producers, cast, and crew, until someone made Munn aware, who then informed the studio in horror. The scene in which Striegel appears has since been cut out of the final theatrical release of the film.

Munn has since been incredibly vocal about the situation on Twitter, condemning Black’s decision to cast Striegel, and largely disavowing the film. 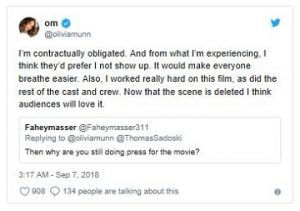 The Predator held its premiere last night, and Black was noticeably absent from the red carpet – entirely avoiding press, and the difficult questions to be expected. Munn was also shepherded past journalists by her studio handlers, to avoid venting her frustrations with the situation.

Black recently ran damage control, posting a public apology to cast and crew, writing: “Having read this morning’s news reports, it has sadly become clear to me that I was misled by a friend I really wanted to believe was telling me the truth when he described the circumstances of his conviction. I believe strongly in giving people second chances – but sometimes you discover that chance is not as warranted as you may have hoped.”

“After learning more about the affidavit, transcripts and additional details surrounding Steve Striegel’s sentence, I am deeply disappointed in myself. I apologize to all of those, past and present, I’ve let down by having Steve around them without giving them a voice in the decision,” the Iron Man 3 director added.

Olivia Munn has not responded publicly to the apology, but has since written that “The #MeToo movement called out abusers. But they’re not the only ones in the wrong. Those who know about abuse and not only do nothing but continue to put abusers in positions of power are complicit.”

The Predator is due for UK release this coming Wednesday, and will be rated 15. Boyd Holbrook, Trevante Rhodes, Jacob Tremblay, Keegan-Michael Key, and Sterling K. Brown also star.