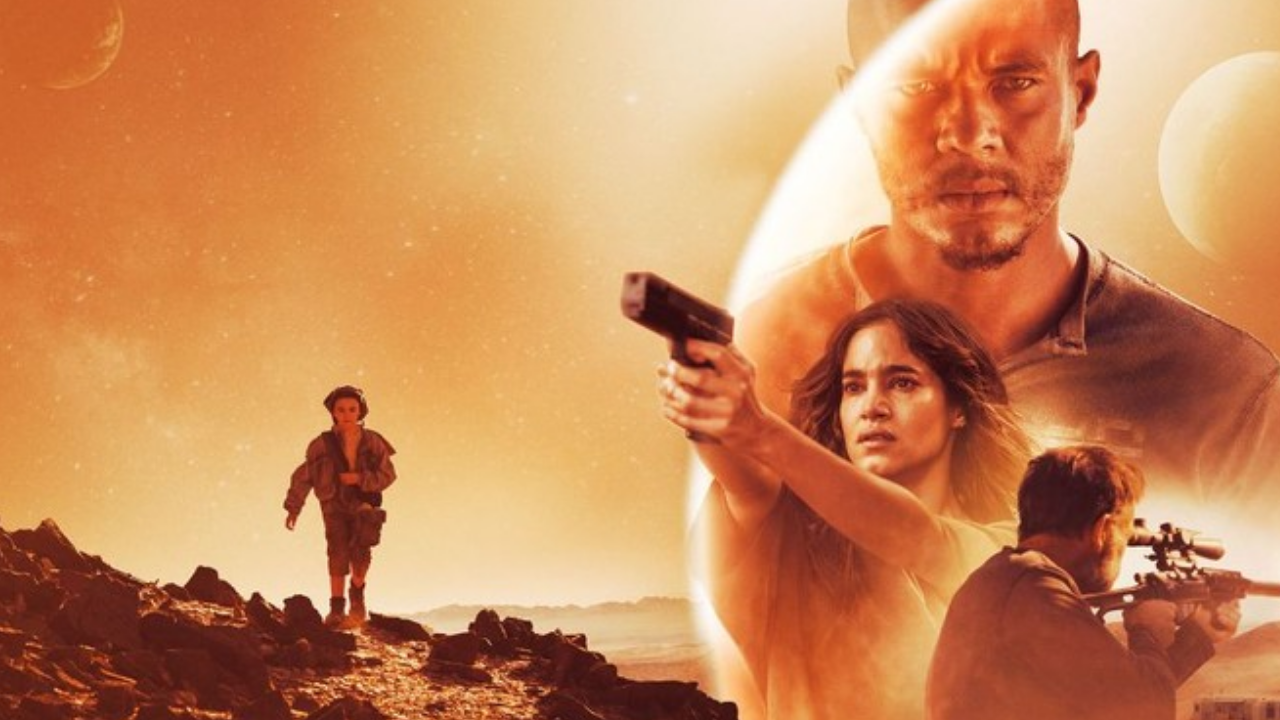 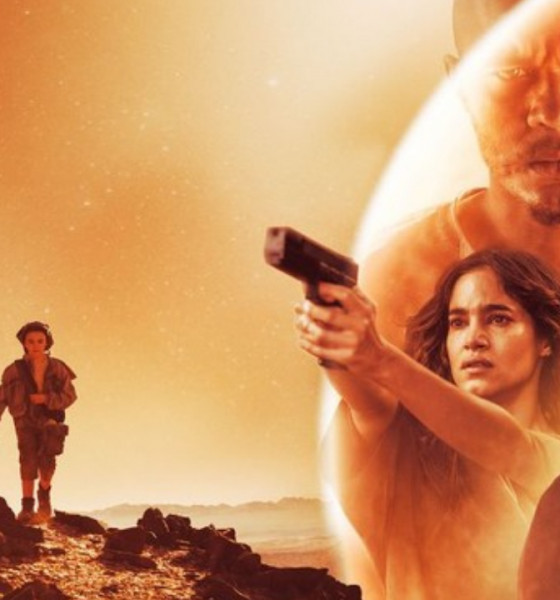 The sci-fi genre has had its highs and lows throughout the history of cinema. For every 2001: A Space Odyssey, you get about one hundred Battlefield Earth’s. Sci-fi allows you to observe other worlds with relevant earthly issues spliced into them. Wyatt Rockerfeller’s directorial debut, Settlers, attempts to explore humanity through his own unique lens.

Following an ecological disaster, a family from Earth do what they must to survive on a desolate Mars homestead. But when strangers appear in the surrounding hills and attempt to run them off, nine-year-old Remmy (Brooklynn Prince) catches a glimpse of the desperate reality her parents, Reza (Jonny Lee Miller) and Ilsa (Sofia Boutella), have tried so hard to keep from her.

There is a poetic sense of isolation and bleakness within Settlers cinematography. Rockefeller brings a lot of stylistic flair to the table, but it lacks substance as the film progresses. As the opening moments establish a sombre setting, it actually grabs you with striking performances from Prince, Boutella and Miller. There is a natural aura around them that makes the situation feel a lot more real. Many thoughts will come to our minds in the times we have been living in, and that sense of survival is engrained in humankind, but at what cost?

Rockefeller knows where he wanted to go with Settlers, but it loses shape badly as it unfolds. He asks many questions about humanity on a philosophical level, but he never truly finds the answers. When you get a familial drama like this, you expect some form of answers and guidance, but there isn’t any. As you gaze into the vast chasms of Mars, you are in awe of the imagery, but the narrative tone is lost in a sea of hollow beauty.

Within this bleak and slow-burning narrative, there is a lot to admire in the performances. Brooklynn Prince continues to show why she is one of the best young talents in film today. The Florida Project star gives a lot of life to this thinly plotted tale. Sofia Boutella and Jonny Lee Miller do the best they can with the material and deserved better.

Settlers needed fleshing out plot-wise rather than fill the runtime with profound exposition and world-building. While there is much to admire here, it ultimately falls flat.