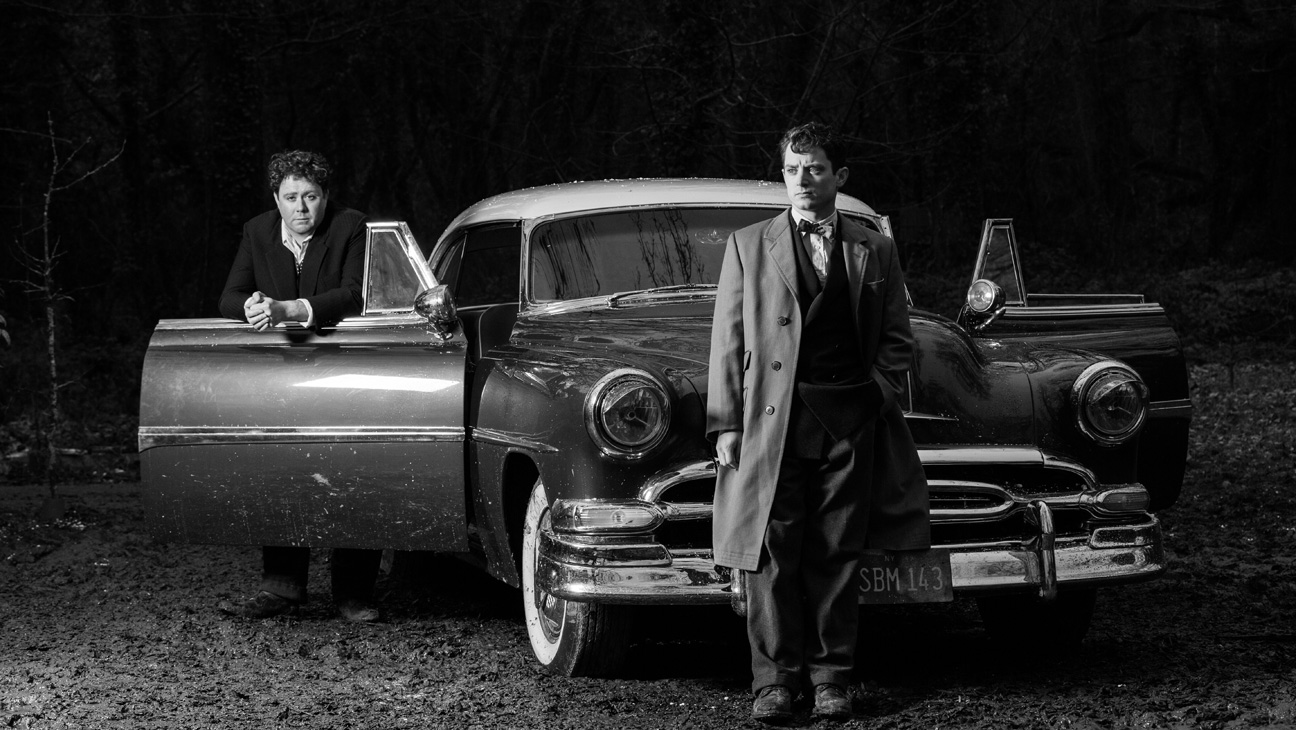 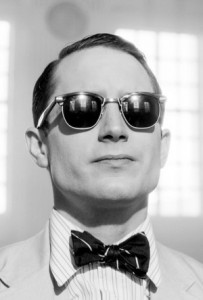 The maddening genius of a lauded lyrical figure from Wales. The eagerness of a fresh-faced literary lover graduated from Harvard. We mere mortals often dream of our eyes being invaded by the presence of our heroes. Yet through our blinding admiration, we are so often oblivious to the potential pratfalls of the brilliance of their craft, not quite matching up with their general demeanour.

The centenary year of his birth. Set Fire To The Stars steers clear from the traditional biopic trajectory, harnessing its focus on Dylan Thomas fulfilling a week-long engagement in a monochrome New York. Rhythmic and repetitive in delivery, professor John M. Brinnin (Middle-Earth veteran Elijah Wood) lays out his university ‘blueprint’ to unleash the works of Thomas (Celyn Jones) across the American landscape.

Writing off suggestions made by his fellow intellectuals weary of Thomas’ apparent oddball behaviour, we along with John are soon exposed to the erratic soul he deems his inspiration. His larger-than-life persona accentuated by his almost desperate admiration of the female form, as his preference of booze fuels his insecurities whilst simultaneously diminishing any hope of John’s to make a positive lasting impression. Bitterness seeping in like the engulfing winter chill, it is the remote confines of Connecticut where the respective complexities of their characters unravel, confronting the inner demons that have plagued their hearts and tortured their minds.

Emerging as an enthralling two-hander character study, the chemistry between Celyn Jones and Elijah Wood is what makes Set Fire To The Stars soar. The mere image of an unopened letter from his darling wife terrifying Thomas. Dylan coaxing out of John his own personal poetics in a beautifully-played game of horror story one-upmanship with Shirley Henderson.

Related: An Interview With Andy Goddard

Far beyond the basic established/aspiring writer power struggle, the Thomas/Brinnin relationship thrives on pushing each other out of their unhealthy mind-sets in unorthodox fashion, in order to reach a true comfort zone. Embracing such man-child tendencies as he delivers gross-out limericks. The intensity of his emotions threatening to paralyse him. Celyn Jones realises Dylan Thomas, in remarkable fashion as the indie chameleon that is Elijah Wood keeps his Brinnin far more contained, yet no less compelling.

“I think, that if I touched the Earth, it would crumble; It is so sad and beautiful, so tremulously like a dream”. Set Fire To The Stars touches the big screen. It stands assured. Sadness may lurk underneath its transfixing beauty, yet this plays out like a dream.