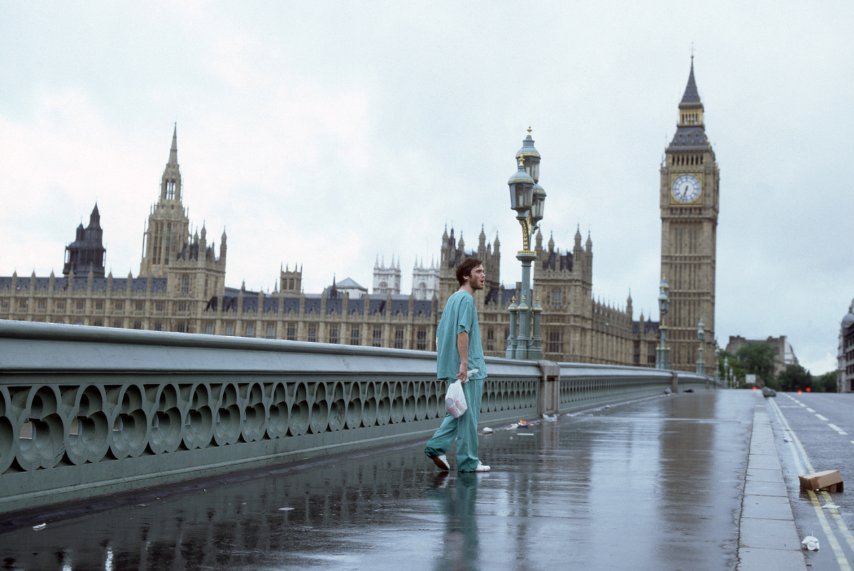 Normally when someone tells me to run, I’ll throw them a scowl and carry on at my own pace, much like former Top Gear presenter James May; I will not run. However, when you’re trapped in a gargantuan abandoned building, strangely concerned for your own safety, surround by equally terrified people in your group and a flickering darkness, noises all around, louder, scarier, bangs and screams, then the doctor leading your team tells you to run. Because the infected are coming, and you believe the doctor.

And believe me, I ran.

Secret Cinema in an immersive experience to say the least. It’s also truly terrifying at time, when you’re running, the only light above is a pulsing strobe, the person in front of you is running too, an arm reaches out and grabs at your shoulder, you twist free and keep running, but, it’s not over and you know that. You don’t feel safe. Breathing hard, prepared to start running again because you can feel them getting closer.

The location and set decoration is utterly brilliant, this huge abandoned structure is crammed full of stairs and corridors, leading to other staging areas, usually where you will get attacked and driven forward yet again by the Rage infected pursuers. I’d heard rumours of the staff being pushy by constantly trying to sell you food and drinks, but there was none of that at all, and I also didn’t experience any of the prolonged stays in the staging areas that some have reported, everything seemed to go by at quite a pace, with just enough time to catch your breath and get something to eat.

After nearly 2 hours of hospital visits, vaccines, terrifying corridors, lots of running, encounters with soldiers who take great pleasure in making you do star jumps and squats, and after you’ve had some food and played the vintage arcade games on offer, you are led to the main event.

28 Days Later truly is a modern classic of British cinema and one that is probably often overlooked. Time has done little to diminish the impact of seeing those eerie shots of an empty London, as Cillian Murphy’s Jim makes his way across Westminster Bridge and through a city that we have only ever seen thriving and full of life, it’s haunting but still possesses a beautiful, almost tranquil atmosphere. Right up until the zombies appear of course. The violence and gore is visceral and brutal but the film is punctuated with lighter moments, that sense of dread and worry for the main characters never goes away. With Danny Boyle directing and Alex Garland on scripting duties, 28 Days Later comes with an automatic pedigree from their involvement, if you haven’t seen the film and Secret Cinema’s prices seem too steep, go out and buy the Blu Ray or find it somewhere to stream online.

It’s worth mentioning the sequel, 28 Weeks Later, while that film misses some of the impact of the first and has much more of a flashy Hollywood sheen, it’s also scarier and more unpredictable, definitely worth your time. I still hold out hope we will get 28 Months Later one day. Or perhaps they’re waiting and playing a long game, and we’ll get 28 Years Later in 2030.

The true ‘secret’ to Secret Cinema is your willingness to let it get into your head and under your skin, that’s how you can really get the most out of it, convince yourself to be a part of the actions, forget these people around you are actors, pretend they’re really doctors and soldiers, and if you can do this and if you can convince yourself that those bloody figures chasing you in the dark really want to bite down on your flesh and make you one of them, then you will have an absolutely fantastic time.

It’s expensive, and the food and drinks aren’t cheap but hardly extortionate for London, and is it worth it?

That’s not an easy question to answer. If you love this film, then it’s worth it. If you like the idea of being chased through an industrial building by zombies and are willing to be part of the drama, then it’s worth it. But if you’re just a casual fan and don’t really feel like joining in with the shenanigans, I’d say give it a miss because there is simply no avoiding that this is a very, very expensive night out at the cinema. It is a fun experience, no doubt, and you get the most out of it when you’re willing to completely play along with cavalcade of actors around you at all times.

If you don’t mind paying the undeniably high ticket price and you’re willing to buy food and drink when you get there, it’s a great experience.